May 3, 2017 - Toronto, ON - Spin Master Corp. (TSX:TOY), a leading children’s entertainment company, is welcoming the young (and young at heart) to hatch a whole world with new Hatchimals Colleggtibles™. These adorable little collectible characters are the newest addition to the award-winning Hatchimals® line, which captured the hearts and imaginations of children worldwide after the global launch in October 2016. Since their initial hatching at toy fairs earlier this year, Hatchimals Colleggtibles have already become a highly-anticipated toy and now everyone can join the egg-citement!

Like their predecessors, Hatchimals Colleggtibles shells are made from the same special patented material and require the care and nurturing of a child in order to hatch. The shell’s bright, colorful speckles indicate which of the 13 families the Hatchimal inside belongs to, giving kids a tiny glimpse of who their new friend may be and letting them decide whether to keep or trade their Hatchimals Colleggtible even before hatching. Once the child is ready to hatch, they hold the egg in their hands and gently rub the heart as it changes from purple to pink, indicating it’s ready to hatch. Then, they simply press down on the heart to crack the egg and reveal the creature inside. The over 70 characters launching in Season 1 hail from Hatchtopia, a hidden land filled with enchanted places where the Hatchimals like to hang out. Extra special places like Giggle Grove or Lilac Lake are home to special and limited edition Hatchimals Colleggtibles that kids can discover.

Read More
Hatch a whole world with over 70 Hatchimals Colleggtibles™ to collect in Season 1. 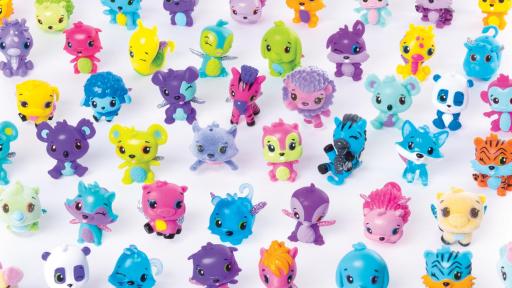 The shell’s colorful speckles indicate which of the 13 families the Hatchimal® inside belongs to, but who’s inside is a surprise! 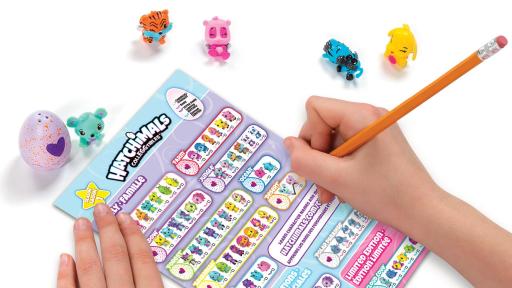 Hatchimals Colleggtibles™ require the care and nurturing of a child; once the heart changes from purple to pink, it’s ready to hatch. 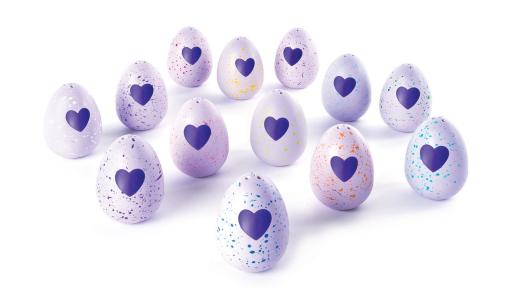 Looking for a way to display Hatchimals Colleggtibles™? The shell becomes a cozy nest for each adorable little creature. 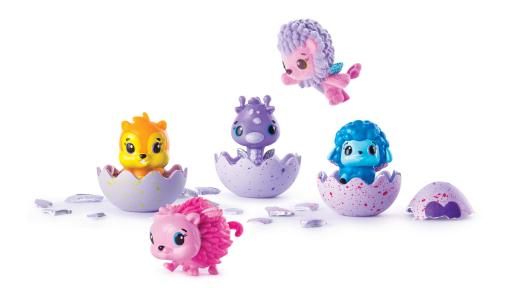 Trade Hatchimals Colleggtibles™ with friends, collect each family and discover their magical stories. 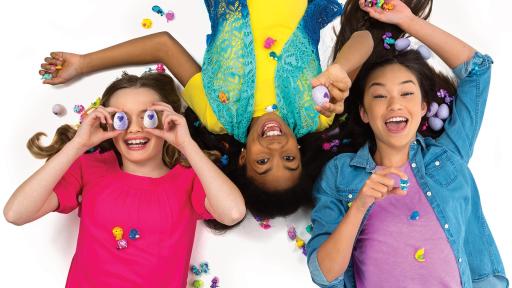 “We’ve seen a tremendous response to Hatchimals and we’re thrilled to launch the next evolution with Hatchimals Colleggtibles, and to share this new, magical world with children across the globe,” said Ben Gadbois, President and COO. “With Hatchimals Colleggtibles we continue to push the boundaries of fun and have combined the surprise element of the ultimate blind bag with the unique hatching process of Hatchimals to make a truly unforgettable experience.”

“The uniqueness of the hatching process is such a special moment in time, but we also witnessed how kids really fell in love with the characters and wanted to get to know more about who’s inside,” said James Martin, Senior Vice President, Robotics. “Hatchimals Colleggtibles build on that emotional connection made through the nurturing and hatching, offering something that can be quite rewarding and personalized for kids. They can bring these characters to life and connect with them in a very imaginative way – it really allows them to hatch a whole world.”

To grow the world of Hatchimals even further, over 25 new license partners, in all major categories, are onboard for 2017, including Penguin Random House. The company’s children’s division has partnered with Spin Master to develop a line of books to build the magical world of Hatchimals.

Spin Master (TSX:TOY; www.spinmaster.com) is a leading global children's entertainment company that creates, designs, manufactures, licenses and markets a diversified portfolio of innovative toys, games, products and entertainment properties. Spin Master is best known for award-winning brands including Zoomer™, Bakugan™, Meccano™, and 2017 Toys of the Year, Hatchimals™, Air Hogs™ and PAW Patrol™. Since 2005, Spin Master has received 82 TIA Toy of The Year (TOTY) nominations with 21 wins across a variety of product categories, including 13 TOTY nominations for Innovative Toy of the Year, more than any of its competitors. To date, Spin Master has produced six television series, including 2007 success Bakugan Battle Brawlers and current hit PAW Patrol, which is broadcast in over 160 countries and territories globally. Spin Master employs over 1,000 people globally with offices in Canada, United States, Mexico, France, Italy, United Kingdom, Slovakia, Poland, Germany, Sweden, the Netherlands, China, Hong Kong, Japan, and Australia.