Norwalk, CT and Summit, NJ – May 5, 2017 – “200 Miles,” a documentary capturing the inspiring story of ultra-marathoner and multiple myeloma advocate, Eric Gelber, and his Journey Towards a Cure for the deadly blood cancer, was unveiled last week during a screening at the 2017 Tribeca Film Festival. The film documents Eric’s grueling attempt at running 33 loops – totaling 200 continuous and consecutive miles – around New York’s Central Park in one weekend to raise awareness and more than $320,000 to bring his cumulative total to over $1 million dollars for the Multiple Myeloma Research Foundation (MMRF).

Join The Journey Towards A Cure


The film not only documents the challenges, heartaches and triumphs of Eric’s run, but it also follows the stories of several multiple myeloma patients whose lives have been touched by Eric’s personal dedication to supporting efforts to find a cure for the disease. Eric began running for Anita, his close friend of 20 years, who ultimately lost her life to multiple myeloma.

“Anita was the beginning of the journey. Now it’s become way bigger than me,” said Eric. “I hope the film inspires people to get out there and do something for someone else. No matter how big or small, it doesn’t matter. It’s the sum of all our efforts that make the difference.”

Eric’s run last September drew support from hundreds of donors, runners and advocates who helped him cross the finish line and exceed a cumulative $1 million in fundraising for the MMRF. His dedication has helped build and inspire a supportive community of multiple myeloma advocates, dedicated researchers and patients for whom he dedicated different loops throughout his record-breaking run. The effort has been formally dubbed, “The Journey Towards a Cure.” 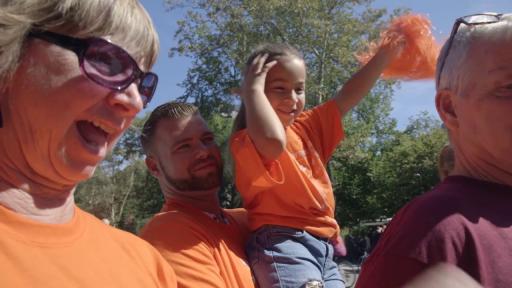 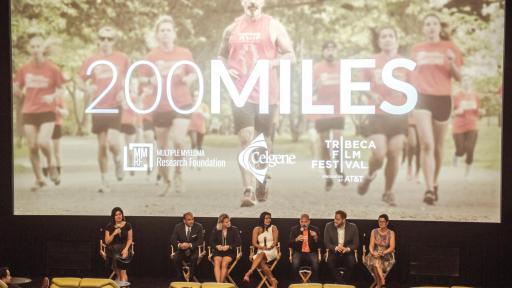 The Journey Towards A Cure: Infographic 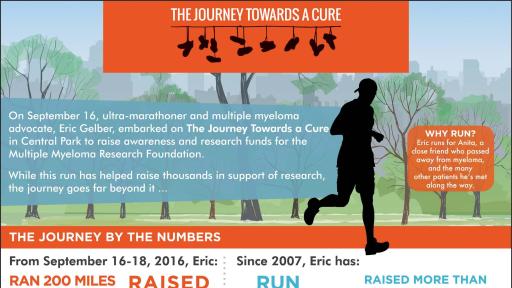 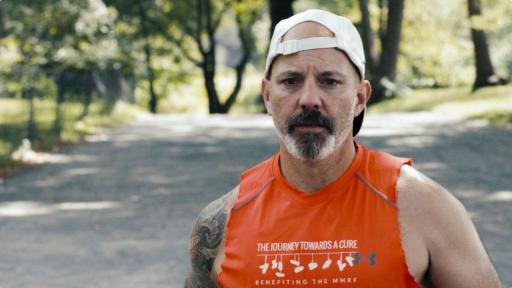 Eric and His Wife, Tani 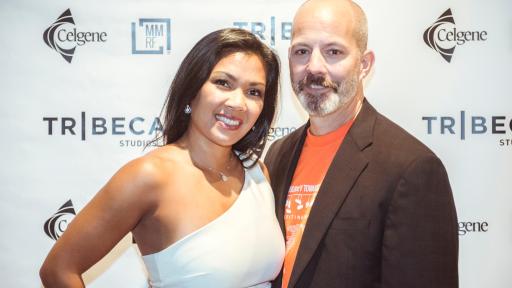 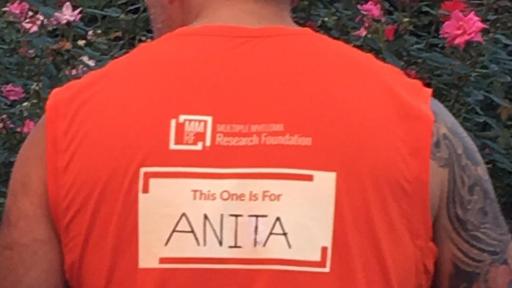 “Eric’s story illustrates the power when a community comes together with a common purpose. The funds donated by Eric’s supporters help the MMRF accelerate our efforts to find a cure using our unique precision medicine model. We see a world where every multiple myeloma patient has precisely what they need to prevent or defeat their disease,” said Paul Giusti, President and CEO of the MMRF. “We’re thankful to Celgene, Tribeca Studios as well as Eric and his family for making this documentary possible and helping us drive even greater awareness of multiple myeloma and the need for increased medical research.”

“In just a decade, we have seen a powerful shift in the treatment of multiple myeloma because of research, medical innovation and collaboration. And, just like Eric, we continue trying to push toward the finish line of an eventual cure,” said Jacqualyn Fouse, Strategic Advisor to the Executive Committee of Celgene and former President and COO. “This film sends a powerful message that everybody needs a team, whether you’re a patient, an advocate or a scientist at Celgene. Our journey towards a cure is a collective effort, and we hope that this film inspires others to join the team.”

About the Multiple Myeloma Research Foundation (MMRF)
The Multiple Myeloma Research Foundation (MMRF) was established in 1998 as a 501(c) (3) non-profit organization by twin sisters Karen Andrews and Kathy Giusti, soon after Kathy’s diagnosis with multiple myeloma. The mission of the MMRF is to relentlessly pursue innovative means that accelerate the development of next-generation multiple myeloma treatments to extend the lives of patients and lead to a cure. As the world’s number-one private funder of multiple myeloma research, the MMRF has raised $300 million since its inception and directs nearly 90% of total budget to research and related programming. As a result, the MMRF has been awarded Charity Navigator’s coveted four-star rating for 12 years, the highest designation for outstanding fiscal responsibility and exceptional efficiency. Donations to the MMRF can be made at www.themmrf.org. Follow the MMRF on Facebook, Twitter (#justamiletogo) or text “Eric” to 80077.