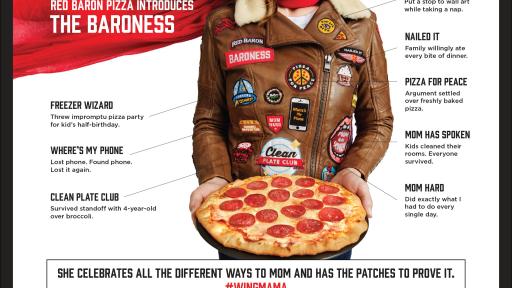 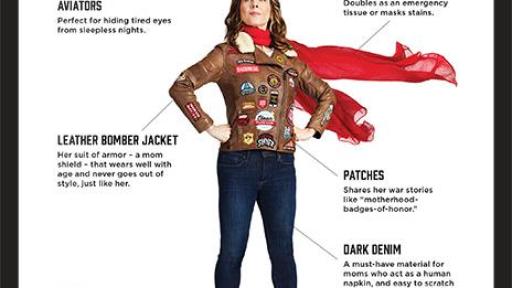 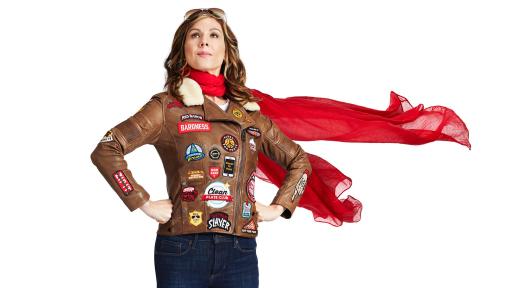 BLOOMINGTON, MINN. (May 15, 2017) — After more than 40 years, Red Baron® pizza’s iconic male brand character, the Red Baron, is stepping aside to make way for the Baroness, an authentic and relatable new character created to appeal to one of the brand’s most important audiences - moms.

The Baroness will debut in a new 30-second spot called “War Stories” airing online today. Inspired by real stories moms share with each other every day, “War Stories” features the Baroness and seasoned, influential mom Kristin Hensley exchanging the humorous and sometimes gross realities of parenting. The spot ends with the Baroness rewarding Kristin’s small victories.

“‘War Stories’ shows, with motherhood comes challenges and circumstances only moms really understand; and, it’s important for them to share these stories and experiences to support each other,” said Brock Davis, Chief Creative Officer at space150, creative agency of record for Red Baron. "Pizza is a secret weapon the whole family can agree on and has the power to bring peace, especially at meal time. The Baroness is the embodiment of support moms need during these moments of chaos at mealtime and beyond.”

A Campaign created by moms for moms
Not only was the new Red Baron campaign inspired by real stories shared by moms, it also features well-known, influential mom and comedian Kristin Hensley, along with her real husband and two kids.

By casting real moms like Kristin and the Baroness in its new commercial, the makers of Red Baron hope to create an opportunity to speak more authentically to today’s “proud to be perfectly-imperfect moms.”

“We listened to a lot of moms out there - friends, consumers, team members - who didn’t see themselves in a lot of the picture-perfect moms usually portrayed in TV and advertising. It’s important that as a brand we create a new marketing campaign that not only embraces the messiness and chaos of motherhood but also champions all moms and the decisions they have to make every day,” said April Anslinger, chief growth officer, Schwan’s Consumer Brands, Inc., and a mom herself. “We’re excited to introduce the Baroness, a mom who understands parenting doesn’t always mean perfection. As the new voice of the brand, the Baroness will speak to busy moms as only another mom can, by finding humor in the often-hectic moments of motherhood, and by sharing patches to remind moms just how well they are doing, every day, even when they don’t realize it.”

In the campaign, the Baroness will introduce a signature look, including a bomber jacket adorned with different patches she has earned throughout the years as a mom. Each patch represents different experiences, roles and battles moms typically face every day, from Clean Plate Club to Tantrum Slayer – likely a title she earned by surviving a standoff with a four-year-old over broccoli. Some patches will also be inspired by classic phrases or “mom-isms” like “Ask Your Dad,” “Nailed It” and “Whatever Works.”

The patches will serve as social currency the Baroness will share with moms, and moms can share with each other as a symbol of support and empowerment. Throughout the campaign, Red Baron will make patches available through various marketing channels, including:

Anslinger added, “Typically, moms don’t get rewarded for the wins. We liked that the patches can be a fun way to celebrate other moms from the sincerest, to the most ridiculous parenting moments. Like most moms, Red Baron understands parenting perfection only really existed in 1950s sitcoms. Now, Red Baron wants to celebrate the moms that live by their own rules, whether she’s surviving the chaos that comes at mealtimes or literally any other minute in-between.”

In addition to the digital spot launching today, the Baroness will introduce her social media footprint with Facebook and Twitter profiles to create a space online for real moms to engage with her directly. The new Red Baron campaign will also be supported by custom media content with Romper.com and People.com, as well as dedicated influencer, PR and shopper marketing support. The 30-second “War Stories” TV spot is also scheduled to begin airing nationally in July 2017. To learn more, visit www.facebook.com/Baroness or follow @Baroness on Twitter.

About Red Baron® Pizza
Red Baron® pizza portfolio includes family-sized and single serve frozen pizzas, snacks and meals, and can be found in more than 50,000 grocery, convenience and club stores across the United States. Established in 1976, the Red Baron brand offers a wide range of products and varieties designed with the entire family in mind. Red Baron pizza is sold by Schwan’s Consumer Brands, Inc., a subsidiary of the Schwan’s Company, which offers trusted brands such as Freschetta® and Tony’s® pizza, Mrs. Smith’s® and Edwards® desserts, and Pagoda® Asian-style snacks. Visit www.RedBaron.com to learn more. 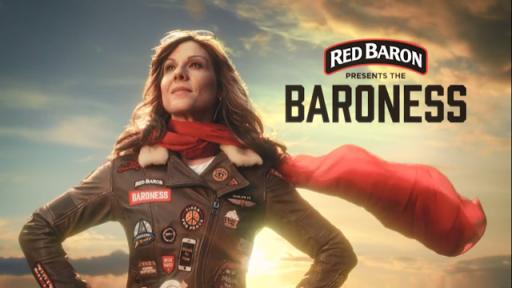 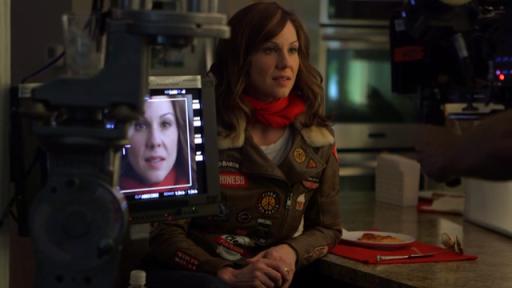 The Baroness, the ultimate #WingMama