Wednesday, May 24, 2017, New York, New York
Piano legend Byron Janis releases Byron Janis Live on Tour, an album of never before released live recordings of performances by the internationally celebrated pianist. It is Maestro Janis’ first release of new material in twenty years and celebrates the 70th anniversary of his very first RCA LP recording in 1947 at the age of 19 titled Bach/Liszt, Chopin. Byron Janis Live on Tour is an exclusive compilation of twelve works composed by Haydn, Chopin & Liszt. Also featured are two pieces composed for stage and screen by Janis himself, a “hot” collaboration on two pianos with Cy Coleman and, finally, a song he composed, “David’s Star,” for which his son Stefan wrote the lyrics. This album is dedicated to him, who died tragically of a heart attack in February of this year. The album is due to be released by Janis Eleven Enterprises, LTD on May 23 in honor of his 89th birthday which was celebrated on March 24, 2017. Each Volume will have a limited edition pressed vinyl release.

This release is the first of a three CD release musical journey. In the fall, Maestro Janis will release “Live from Leningrad,” a recording made in the early sixties in Russia. This was recorded unbeknownst to him while he was serving as a US Cultural Ambassador to the Soviet Union and surreptitiously presented to him nearly sixty years later. Then, just in time for the holidays, Byron Janis Live on Tour, Volume II will be available. Similar in format to Volume I, it will include a compilation of live recordings of performances of Mr. Janis from all over the world.

Read More
Byron Janis Live on Tour: Behind the Legend (6:21) 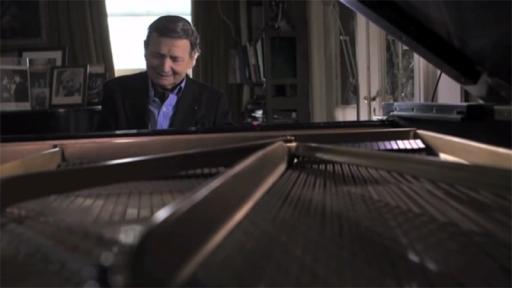 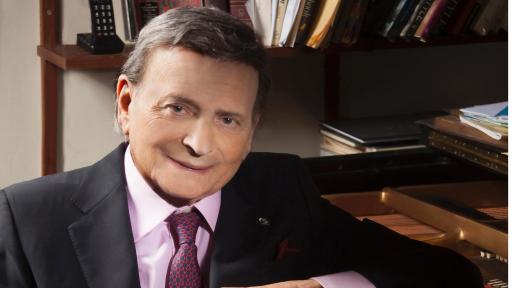 Byron Janis Live on Tour: Byron Janis with the great Bill Lacey during an editing session 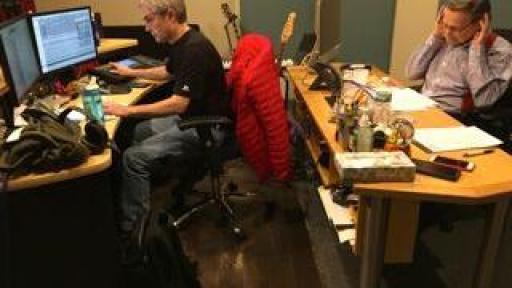 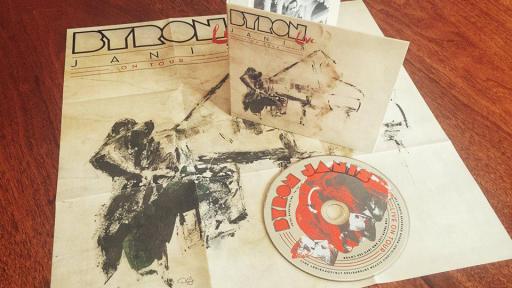 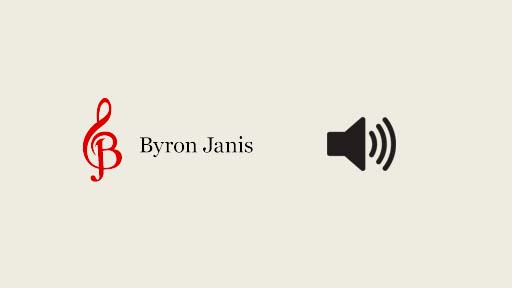 
“A packed house...was lavish in its applause. And rightly so, for Janis is unquestionably one of the best pianists around today...hair-raising...brilliant.”
-Harold C. Schonberg
Music Critic, The New York Times

“The piano is a percussion instrument so the challenge to the performer is to make it sing.” Byron Janis

Byron Janis is internationally renowned as one of the world's greatest pianists. He made his orchestral debut at age 15 with Toscanini's NBC Symphony Orchestra. The following year he was chosen by Vladimir Horowitz as his first student. At 18, he became the youngest artist ever signed to a contract by RCA Victor Records. Two years later, in 1948, he made his Carnegie Hall debut which was hailed as an unparalleled success. He has played with every major symphony orchestra in both the U.S and abroad.

Mr. Janis was the first American artist chosen to participate in the 1960 Cultural Exchange between the United States and the Soviet Union and was hailed on the front page of The New York Times as, “an ambassador in breaking down ‘cold war’ barriers.” He was also the first American concert pianist to be asked back to Cuba, 40 years after his last performance there, during which time no American was allowed to perform on Cuban soil.

His many recordings appear on the RCA, Mercury Phillips and EMI labels. In the Spring of 2012, EMI released a Byron Janis “Chopin Collection,” a compilation of his Chopin recordings featuring, for the first time on one CD, two unknown Chopin waltz manuscripts which he discovered at Yale University (the other two versions he discovered at the Chateau de Thoiry in France).

In 1973, he developed Psoriatic Arthritis in both hands and wrists yet he continued his performing career and made two highly acclaimed CDs. He kept it secret until 1985 when, after a performance at the White House, Nancy Reagan made his condition public when she announced that he would become a spokesperson for the Arthritis Foundation as its National Ambassador to the Arts.

Among his honors are: Commander of the French Legion d'Honneur for Arts and Letters, the Grand Prix du Disque, the Stanford Fellowship (the highest honor of Yale University) and the Distinguished Pennsylvania Artist Award. He received an honorary doctorate at Trinity College and the gold medal from the French Society for the Encouragement of Progress, the first musician to receive this honor since its inception in 1906. Mr. Janis also has had the great honor of being invited six times by four sitting Presidents to perform at the White House and was recently written into the Congressional Record of both the Senate and the House of Representatives, honoring him as, “a musician, a diplomat and an inspiration.” Mr. Janis has been featured many times on major television interview and talk programs such as The Tonight Show, 20/20 and CBS Sunday Morning, amongst many others. In recent years, he has been concentrating on writing music for stage and screen and has composed the score for a major musical production of “The Hunchback of Notre Dame.” He has also written the score for The True Gen, a feature documentary on the 20-year friendship between Gary Cooper and Ernest Hemingway.

He is featured in the PBS documentary, by Emmy-award-winning producer Peter Rosen, “The Byron Janis Story” which attests to the courage he has displayed in refusing to become overwhelmed by a disease that would have brought the career of many artists to a standstill. His memoirs, Chopin and Beyond: My Extraordinary Life in Music and the Paranormal were released in November 2010.

He is married to Maria Cooper, daughter of Hollywood legend Gary Cooper. Sadly, they lost their son Stefan Janis on February 1 of this year from a heart attack while he was vacationing in France.

Byron Janis Live on Tour Volume I is available for purchase on byronjanislive.com.