Ridgefield, Conn., September 19, 2017 – A new documentary film, Clear the Air: Opening Up About COPD, which premiered today online, presents the compelling stories of three people who are living with chronic obstructive pulmonary disease (COPD), a debilitating lung disease that affects more than 15 million Americans and is the third leading cause of death in the United States. The film was created by Emmy®-nominated director Abbey LeVine in collaboration with Boehringer Ingelheim Pharmaceuticals, Inc.

Clear the Air: Opening Up About COPD presents portraits of three real people, Bob Moss, Tina Lisenby and Mary Savord, who show strength, conviction and determination as they take control of their COPD treatment plan - which they hope will inspire others to do the same.

“I know all too well the impact and frustrations of living with COPD after witnessing my mother’s struggle,” said LeVine. “My goal in the film was to bring empathy to a narrative that recognizes the possibilities, while still acknowledging the realities people living with COPD face every day. I hope people will be inspired by Bob, Tina and Mary, as they share their stories from diagnosis and, ultimately, the path they took to take control of their COPD care.”

Clear the Air: Opening Up About COPD chronicles each person’s story from the difficulty of adjusting to the challenges of living with COPD to working with their healthcare providers, family and friends to successfully navigate their lives with COPD.

“In my experience, some people don’t always have empathy for others living with COPD, and unfortunately, patients’ toughest critics are often themselves,” said Dr. Breion Tafoya, Pulmonologist at Dickinson Pulmonology Clinic, who is Mary’s doctor and featured in the film. “I’m really proud to be part of this film, which shows how three people are living their lives with COPD. The reality is, once you have COPD, you always have it, so it’s important to be proactive about finding the right care and learning how to live with the disease.” 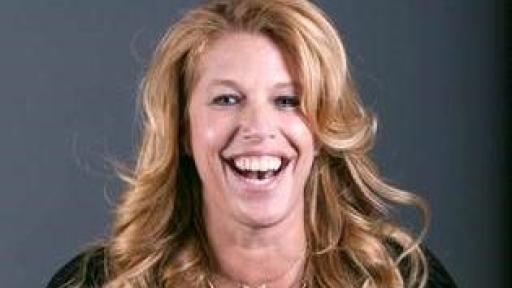 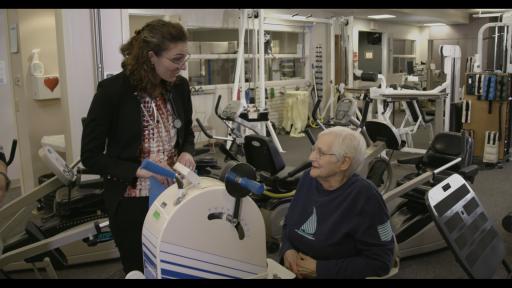 Bob enjoys fishing and woodworking in Hawaii and lives with COPD 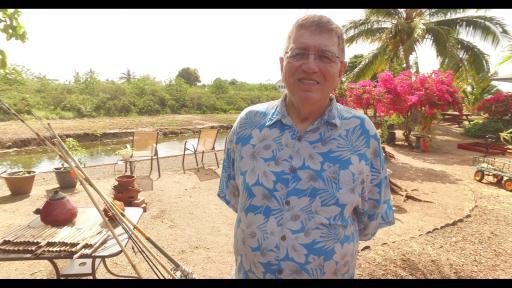 Mary enjoys visiting the Michigan lakes and lives with COPD 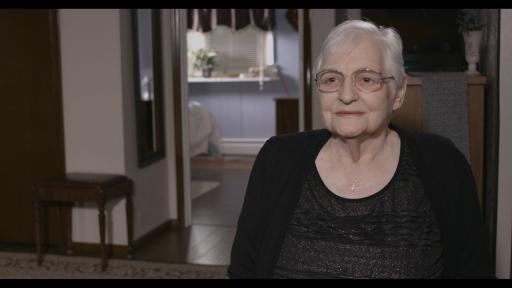 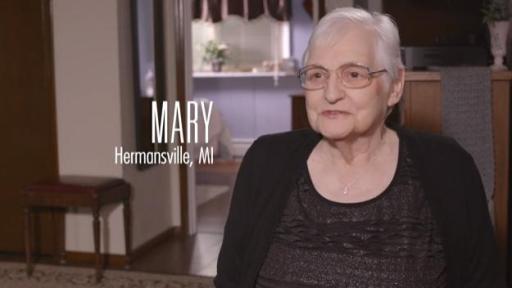 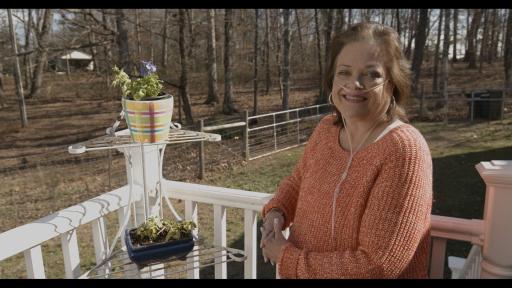 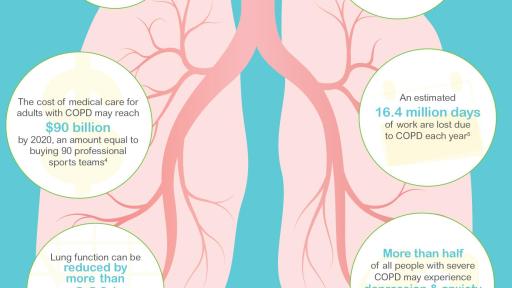 For the many people living with COPD, their care incorporates a treatment plan, which could include smoking cessation, healthy eating, pulmonary rehabilitation, and daily medicines, such as STIOLTO® RESPIMAT® (tiotropium bromide and olodaterol) Inhalation Spray.

STIOLTO RESPIMAT is a prescription medicine used long term, two puffs once a day, in controlling symptoms in adults with COPD. STIOLTO RESPIMAT works by helping the muscles around the airways in the lungs stay relaxed to prevent symptoms, such as wheezing, cough, chest tightness and shortness of breath. STIOLTO is not for treating sudden symptoms of COPD and is not to be used for asthma.

“We are incredibly proud to premier this authentic cinematic reflection of three very different people living with COPD who share intimate details about their struggles and successes,” said Jean-Michel Boers, president, Human Pharma, Boehringer Ingelheim Pharmaceuticals, Inc. “We know that COPD has both a physical and emotional impact on people, and this film captures the realities of COPD and the inspiring triumphs of Bob, Mary and Tina. We hope this film will be a source of inspiration and education for others.”

The film can be viewed at ClearTheAirCOPD.com, along with additional short videos featuring the film’s cast, and information to help patients learn more about their own COPD symptoms. The goal is to motivate and empower people with COPD to take control of their care and talk with their doctor about a treatment plan that works for them.

Meet the Cast of Clear the Air: Opening Up About COPD

Bob, a retired industrial worker and a U.S. veteran, was diagnosed with COPD in 2011. Despite a short history of smoking, his doctors believe his COPD resulted from many years of exposure to pollution and fumes. Bob lives on the island of Kauai in Hawaii with his wife, Kathy, who he met when looking for a singer to join his traveling country band. Since retiring and moving to Hawaii, Bob enjoys fishing, woodworking and playing the guitar.

Tina, a retired university admissions officer from South Carolina, was first diagnosed with COPD in 2009. Unlike the 20-30 percent of smokers who develop COPD, Tina never smoked. She was diagnosed with the disease after being exposed to second-hand smoke by family and friends her entire life. Her brother Marc, her last living immediate relative, lives in nearby Georgia and visits often, despite her insistence that she can get by on her own. Tina remains active in her community where she plays piano at her church and leads the local pulmonary support group.

Mary was diagnosed with COPD in 2001 and lives on her own in the Upper Peninsula of Michigan. Prior to learning that she had COPD, Mary had been a regular smoker. Since her diagnosis, Mary changed her lifestyle; she quit smoking, cooks fresh foods – including fruits and vegetables – and regularly attends her pulmonary rehab and support groups. Mary enjoys her independence, which pushes her to make sure she takes the steps she needs to manage her COPD and her overall health.

Abbey LeVine is an Emmy®-nominated Executive Producer and Director whose work over the last two decades has been viewed by millions of people on major television networks, in theaters and online. Throughout her career, LeVine has worked on a variety of documentary films and television programs where she has captured the personal perspectives of people in real-life settings, from celebrities to everyday working Americans. She was recognized for her work in this area for Dr. Phil with an Emmy® nomination. LeVine is personally invested in the Clear the Air: Opening Up About COPD film as her mother is living with COPD. She knows there is a growing population of people with COPD and wanted to gain a better understanding of a patient’s journey.

About COPD
Chronic obstructive pulmonary disease (COPD) is a term that includes chronic bronchitis and/or emphysema. This disease can make breathing harder because less air is able to flow in and out of the lungs. Chronic lower respiratory diseases, which include COPD, are the third leading cause of death in the United States, and approximately 15 million Americans have been told by a healthcare provider that they have COPD.

The most common symptom of COPD is shortness of breath, especially with physical activities. Coughing, with or without mucus production, is also a common symptom of COPD. These symptoms can be misunderstood as signs of aging. COPD is usually associated with progressive airway damage and loss that cause breathing to get more difficult.

STIOLTO contains the anticholinergic, tiotropium, and the long-acting beta2-adrenergic agonist (LABA), olodaterol. STIOLTO works by helping the muscles around the airways in your lungs stay relaxed to prevent symptoms, such as wheezing, cough, chest tightness, and shortness of breath.

Do not use STIOLTO if you have asthma. STIOLTO is approved to treat COPD only.

Do not use STIOLTO if you are allergic to tiotropium, ipratropium, atropine or similar drugs, olodaterol, or any ingredient in STIOLTO. Symptoms of a serious allergic reaction may include rash, hives, swelling of the face, mouth, and tongue, and breathing problems. Call your healthcare provider or get emergency medical care if you get any symptoms of a serious allergic reaction. Do not use STIOLTO for treating sudden breathing problems. Always have a rescue inhaler with you to treat sudden symptoms.

Tell your doctor about all the medicines you take, including prescription and non-prescription medicines (including eye drops), vitamins, and herbal supplements. STIOLTO may interact with other medicines which may cause serious side effects.

STIOLTO can cause serious side effects, including sudden shortness of breath that may be life threatening, fast or irregular heartbeat, increased blood pressure, chest pain, high blood sugar, or low blood potassium that may cause muscle spasms or weakness or abnormal heart rhythm. If any of these happens, stop taking STIOLTO and seek immediate medical help.

STIOLTO can cause new or worsening eye problems including narrow-angle glaucoma, and can increase the pressure in your eyes, which can cause the following symptoms: eye pain, blurred vision, seeing halos or colored images along with red eyes. If you have any of these symptoms, stop taking your medicine and call your doctor right away.

STIOLTO can cause new or worsened urinary retention. Symptoms of urinary retention may include difficulty passing urine, painful urination, urinating frequently, or urinating in a weak stream or drips. If you have any of these symptoms, stop taking your medicine and call your doctor right away.

STIOLTO is for oral inhalation only. The STIOLTO cartridge is only intended for use with the STIOLTO RESPIMAT inhaler.

Do not spray STIOLTO into your eyes.

The most common side effects of STIOLTO are runny nose, cough, and back pain.

Tell your healthcare provider about any side effect that bothers you or that does not go away.

You are encouraged to report negative side effects of prescription drugs to the FDA. Visit www.FDA.gov/medwatch or call 1-800-FDA-1088.

Read the step-by-step patient Instructions for Use for STIOLTO RESPIMAT before you use your inhaler.

Boehringer Ingelheim is one of the world’s 20 leading pharmaceutical companies. Headquartered in Ingelheim, Germany, the company operates globally with 145 affiliates and more than 47,000 employees. Since its founding in 1885, the family-owned company has been committed to researching, developing, manufacturing and marketing novel treatments for human and veterinary medicine.

Boehringer Ingelheim is committed to improving lives and providing valuable services and support to patients and their families. Our employees create and engage in programs that strengthen our communities. To learn more about how we make more health for more people, visit our Corporate Social Responsibility Report.

In 2015, Boehringer Ingelheim achieved net sales of about $15.8 billion (14.8 billion euros). R&D expenditure corresponds to 20.3 percent of its net sales.

Watch the Film at ClearTheAirCOPD.com