Winning TV, Radio, and Billboard PSAs will be Distributed Nationwide by Media Partners including Clear Channel Outdoor Americas and iHeartMedia

PR Newswire, WASHINGTON, D.C., June 7, 2017
Today the U.S. Department of Transportation’s National Highway Traffic Safety Administration (NHTSA), the Ad Council and Project Yellow Light announced the winners of the sixth annual Project Yellow Light scholarship competition. The contest calls on students to create a billboard, radio or video PSA (public service advertisement) to educate their peers about the dangers of using mobile devices behind the wheel of a vehicle.

This year, for the first time, iHeartMedia has joined longstanding partners Clear Channel Outdoor Americas (CCOA), Mazda Motorsports, the National Organizations for Youth Safety (NOYS) and U-Haul to launch the inaugural Project Yellow Light radio contest. The winners will be unveiled today on a digital billboard in New York’s Times Square, in space donated by CCOA. 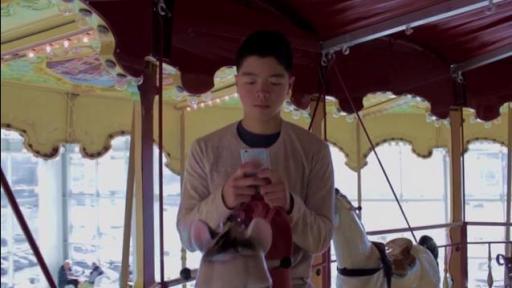 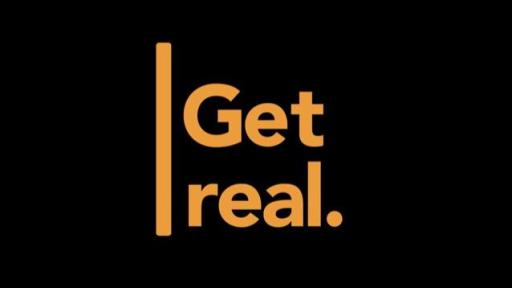 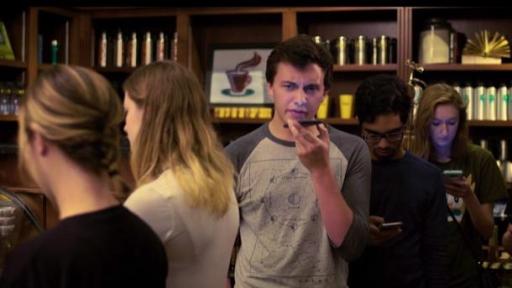 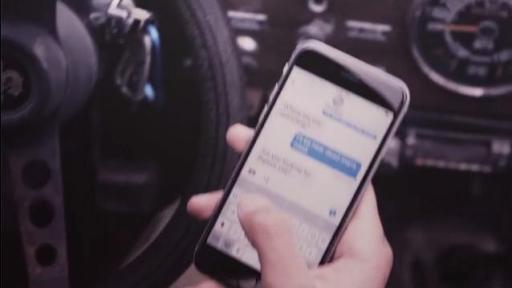 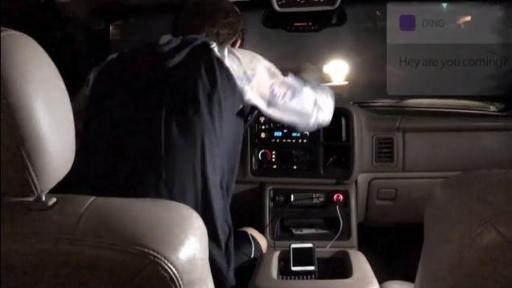 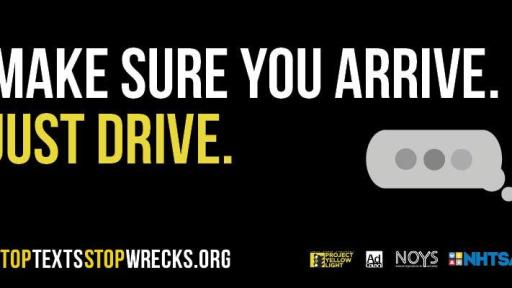 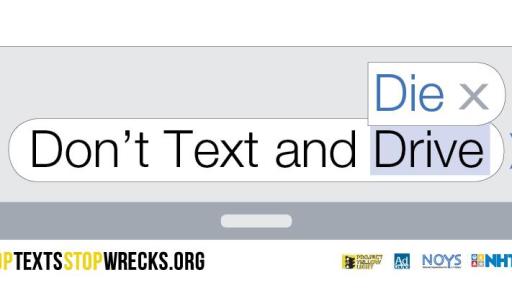 The 2017 contest received more than 1,150 submissions from 50 states and Washington, DC. Winners were selected from two age categories: high school juniors and seniors, and college students.

Project Yellow Light was established in 2007 by Julie Garner of The Martin Agency, in memory of her teenage son, Hunter, who was killed in a fatal car crash.

“This project gives youth a platform to speak out about the real and ever-present dangers of distracted driving, and they save lives by doing so,” said Julie Garner. “A huge thanks to our partners and the wonderful, diverse group of students who participated in the scholarship this year; we’re immensely proud of you.”

Since 2011, Project Yellow Light has partnered with the Ad Council to turn the winning submissions into public service advertisements which receive nationwide exposure through 1,600 TV stations, iHeartRadio channels, and over 1,000 Clear Channel Outdoor digital billboards.

In 2015, 3,477 people were killed and an estimated additional 391,000 were injured in motor vehicle crashes involving distracted drivers, according to the latest NHTSA data. Teens are some of the worst offenders; nine percent of drivers between 15 and 19 involved in fatal crashes were reported as distracted at the time of the crash.

“Nothing is more impactful to teenagers than a message from a friend or peer, and that’s what makes Project Yellow Light so powerful,” said Lisa Sherman, president and CEO of the Ad Council. “This year’s fantastic creative will encourage even more teens to think twice before texting and driving.”

All scholarships are provided by U-Haul, Mazda Motorsports and iHeartRadio. U-Haul is also providing first place winners with up to $2,500 in moving expenses.

“This year’s student work was so creative and fun! I’m always amazed by their commitment to raising awareness of the dangers of distracted driving for their friends and peers,” said YouTuber, actress and Project Yellow Light judge Meg DeAngelis.

“Initiatives like Project Yellow Light not only create awareness of key societal issues like distracted driving, but also shine a bright light on talented young people who will hopefully join our industry soon,” said Wendy Clark, longtime Project Yellow Light judge. “It's a treat to see their minds and creativity at work.”

“U-Haul congratulates this year’s winners and applauds the valuable message these creative students have shared with their peers,” said Stuart Shoen, U-Haul executive vice president. “Our commitment to keeping U-Haul customers and the roads safe continues to make this a great partnership, and PYL’s mission to educate and protect our children behind the wheel continues to be important and impactful.”

“iHeartMedia received so many impressive Project Yellow Light submissions from students across the U.S. committed to helping young radio listeners stay safe on the roads,” said Jessica King, Vice President of Marketing and Communications at iHeartMedia. “We hope the two winning spots get teens to truly recognize the dangers of texting while driving.”

“Project Yellow Light is an empowering experience for students. It engages youth around one of the biggest safety threats they face – car crashes – and gives them a voice and a platform to influence their peers. NOYS is proud to support Project Yellow Light,” said Anita Boles, NOYS CEO.

“Mazda is proud to support Project Yellow Light in a very active manner. Our young racers have been taking the message to high schools across the country,” said John Doonan, motorsports director, Mazda North American Operations.

Through the Stop the Texts. Stop the Wrecks. campaign, the Ad Council and NHTSA have been working together to address distracted driving among teens since 2012. To date, the campaign has received more than $211 million in donated media support and the campaign has garnered more than 2 million visits to the campaign website stoptextsstopwrecks.org.

Project Yellow Light
Project Yellow Light is a film, billboard and radio scholarship competition in which high school and college students create compelling stories persuading their peers to develop safe driving habits. This project gives students a voice and a role in preventing car crashes — the number one killer of teenagers and young adults in the U.S. Project Yellow Light was created by Julie, Lowell and Alex Garner in memory of their son/brother, Hunter, who died tragically in a car crash in 2007. Each year the winners receive the Hunter Garner Scholarship.

About The Ad Council
The Ad Council is a nonprofit organization with a rich history of marshaling volunteer talent from the advertising and media industries to deliver crucial messages to the American public. Having produced literally thousands of PSA campaigns addressing the most pressing social issues of the day, the Ad Council has effected, and continues to effect, tremendous positive change by raising awareness, inspiring action and saving lives. To learn more about the Ad Council and its campaigns, visit AdCouncil.org, like us on Facebook, follow us on Twitter or view our PSAs on YouTube.

iHeartMedia
With over a quarter of a billion monthly listeners in the U.S. and over 85 million social followers, iHeartMedia has the largest national reach of any radio or television outlet in America. As the leader in multiplatform connections, it also serves over 150 local markets through 858 owned radio stations, and the company’s radio stations and content can be heard on AM/FM, HD digital radio, satellite radio, on the Internet at iHeartRadio.com and on the company’s radio station websites, on the iHeartRadio mobile app, in enhanced auto dashes, on tablets, wearables and smartphones, and on gaming consoles.

iHeartRadio, iHeartMedia’s digital radio platform, is the fastest growing digital audio service in the U.S. and offers users thousands of live radio stations, personalized custom artist stations created by just one song or seed artist and the top podcasts and personalities. With over a billion downloads, iHeartRadio reached 100 million registered users faster than any other radio or digital music service.

Mazda Motorsports
Mazda Motorsports boasts the most comprehensive auto racing development ladder system of any auto manufacturer in the world. The Mazda Road to 24 program offers a number of scholarships to advance drivers up the sports car racing ladder, beginning with the Global MX-5 Cup series and culminating with the Mazda Prototype team. The Mazda Road to Indy is a similar program that includes Mazda-powered categories of USF2000, Pro Mazda and Indy Lights. In grassroots road racing, more Mazdas race on any given weekend in North America than any other manufacturer. Mazda is also the title sponsor of the renowned Mazda Raceway Laguna Seca in Monterey, Calif. Follow all of the latest news at MazdaMotorsports.com, @MazdaRacing on Twitter, and MazdaMotorsports on Instagram and Facebook.

National Organizations for Youth Safety
NOYS was originally founded as the Traffic Safety Collaboration, and for its first 10 years was supported by funding from government agencies, including the Department of Transportation. In 2005, NOYS became a 501(c)(3) organization and incorporated as the National Organizations for Youth Safety, and has since grown to include over 80 national member organizations. NOYS continues to maintain a strong focus in traffic safety with support from government and business and industry, and has expanded to include other safety areas such as injury prevention, substance abuse prevention, and violence prevention.

NHTSA
For more than four decades, the National Highway Traffic Safety Administration (NHTSA) has served as the key federal agency charged with improving safety on our nation’s roadways. As part of the U.S. Department of Transportation, NHTSA is working to reduce traffic-related deaths and injuries by promoting the use of safety belts and child safety seats; helping states and local communities address the threat of drunk drivers; regulating safety standards and investigating safety defects in motor vehicles; establishing and enforcing fuel economy standards; conducting research on driver behavior and traffic safety; and providing consumer information on issues ranging from child passenger safety to impaired driving. For more information visit www.nhtsa.gov.

U-Haul
Since 1945, U-Haul has been the No. 1 choice of do-it-yourself movers, with a network of more than 21,000 locations across all 50 states and 10 Canadian provinces. U-Haul customers’ patronage has enabled the U-Haul fleet to grow to more than 139,000 trucks, 108,000 trailers and 38,000 towing devices. U-Haul offers more than 536,000 rooms and more than 47 million square feet of self-storage space at owned and managed facilities throughout North America. U-Haul is the largest installer of permanent trailer hitches in the automotive aftermarket industry and is the largest retailer of propane in the U.S. uhaul.com