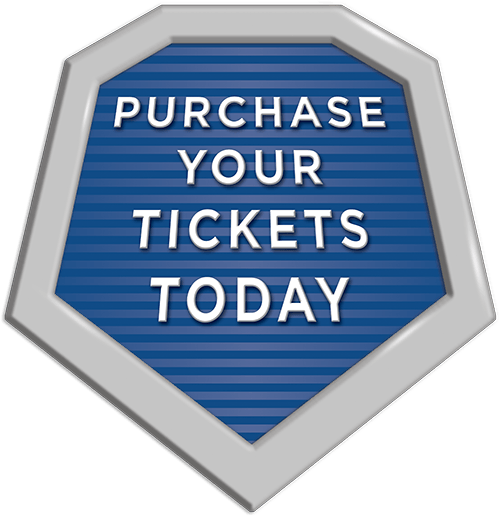 ORLANDO, FL (June 20, 2017) – PAW Patrol Live! “Race to the Rescue” based on hit preschool series PAW Patrol, which airs on Nickelodeon and is produced by Spin Master Entertainment, will visit seven cities across Florida throughout June and July, including Orlando, Jacksonville, West Palm Beach, Ft. Myers, Ft. Lauderdale, Melbourne and Tampa. PAW Patrol Live!, presented by Pedigree, brings everybody’s favorite pups to the stage for an action-packed, high-energy, musical adventure. When Mayor Goodway goes missing during the day of The Great Adventure Bay Race, the pups come to the rescue. Join Ryder, Chase, Marshall, Rocky, Rubble, Zuma, Skye and Everest as they work to rescue Mayor Goodway and reach the race’s finish line before Mayor Humdinger! Tickets for all Florida shows are on sale now and can be purchased by visiting https://www.pawpatrollive.com/florida-paw-patrol-live-dates.

Featuring a cast of everybody’s favorite PAW Patrol characters and presented by VStar Entertainment Group and Nickelodeon, PAW Patrol Live! shows that “no job is too big, no pup is too small,” and shares lessons for all ages about citizenship, social skills and problem-solving as the characters each use their unique skills and teamwork. The show includes two acts and an intermission, and engages audiences with Bunraku-inspired puppetry, an innovative costuming approach that brings the PAW Patrol characters to life on stage with their vehicles and packs.

“Using Bunraku, puppetry elements are built into costumes worn by real actors to create a wonderful combination of life-size pups and to make a stronger connection with the audience. The PAW Patrol cast sings and dances, which brings a fun, realistic parallel between the animated series and the live show,” says Jim Waters, producer, VStar Entertainment Group.

The performance features up-tempo music and a brand new cleverly written script that is a good introduction to live theater for kids. Classic theatrical scenery along with a high-tech video wall visually transports families to an authentic PAW Patrol environment, including locations from the TV series, like Adventure Bay, The Lookout, Seal Island, Farmer Yumi's farm and Jake's Mountain. Special interactive video allows the audience to participate via interviews, solve clues with the Pups, follow Mayor Goodway and much more. 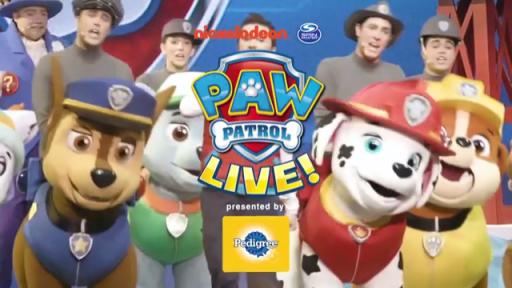 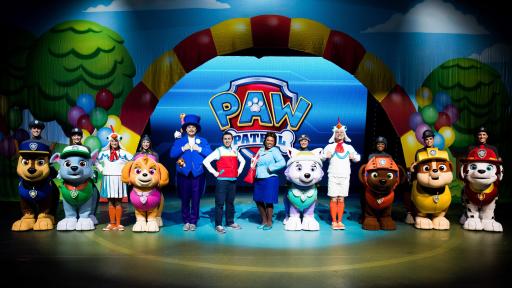 The Pups Race to the Rescue 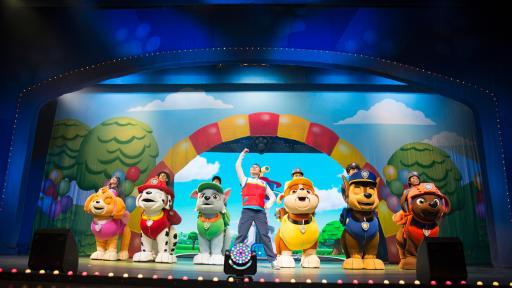 The Pups Sing with Ryder 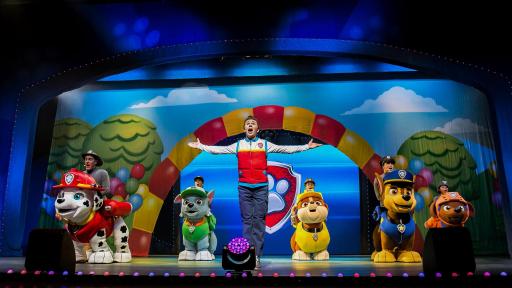 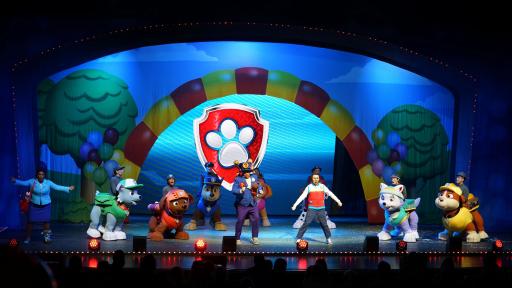 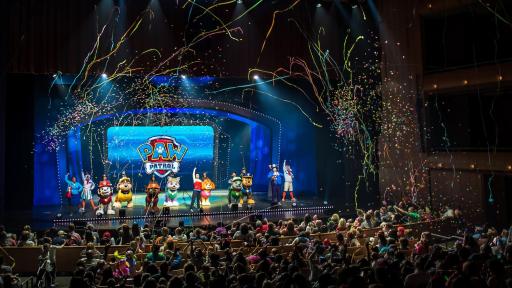 Tickets range from $18.00- $43.75 and vary by city and venue. A limited number of Gold Circle and V.I.P. (Very Important Pup) Packages* are also available in each market. Additional fees, taxes and special offers may apply in each city. *V.I.P. Package features premium show seating, a commemorative lanyard and an after-show Meet & Greet with PAW Patrol Live! walk-around characters.

Tickets are available through the local venue’s website, found at pawpatrollive.com, where you can also sign up to receive PAW Patrol Live! Tail Mail with tour updates and other ticket information. Become a fan of PAW Patrol Live! “Race to the Rescue” at www.facebook.com/pawpatrollive/. Sponsored by Pedigree and State Farm.

About VStar Entertainment Group
VStar Entertainment Group is one of the leading multi-concept entertainment platforms, producers and promoters of family-friendly theatrical productions, exhibits, installations and events. Headquartered in the Twin Cities, VStar has presented more than 36,000 performances worldwide over the past 38 years, touring across 40 countries and entertaining nearly two million guests annually. The company owns, operates and promotes tours across the U.S. and internationally, including PAW Patrol Live!, a high-energy musical adventure based on the hit animated series that airs on Nickelodeon and is produced by Spin Master; Sesame Street LIVE, a Broadway-quality musical production produced in cooperation with Sesame Workshop for the past 37 years; Cirque Dreams, which combines a cirque-style of performance artistry with Broadway theatrics; and Discover the Dinosaurs UNLEASHED, a prehistoric-themed educational exhibit with attractions for the whole family.

About Nickelodeon
Nickelodeon, now in its 38th year, is the number-one entertainment brand for kids. It has built a diverse, global business by putting kids first in everything it does. The company includes television programming and production in the United States and around the world, plus consumer products, digital, recreation, books and feature films. Nickelodeon’s U.S. television network is seen in more than 90 million households and has been the number-one-rated kids’ basic cable network for 22 consecutive years. For more information or artwork, visit https://www.nickpress.com. Nickelodeon and all related titles, characters and logos are trademarks of Viacom Inc. (NASDAQ: VIA, VIAB).