Experience The Nation We Build Together

What Kind of a Nation Do We Want to Be?

Read More
B-ROLL: The Nation We Build Together 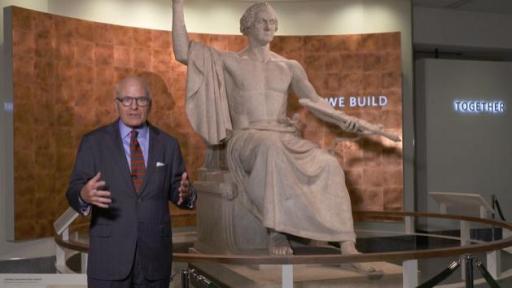 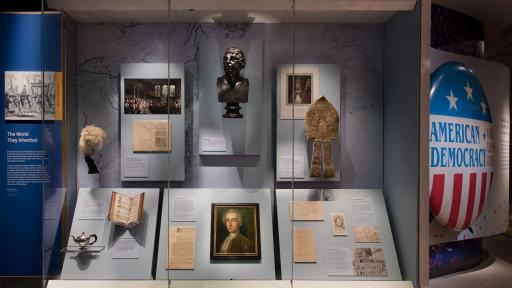 “Many Voices, One Nation” 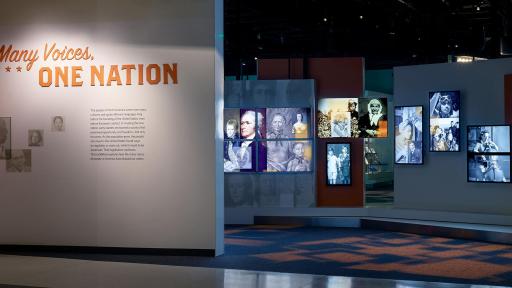 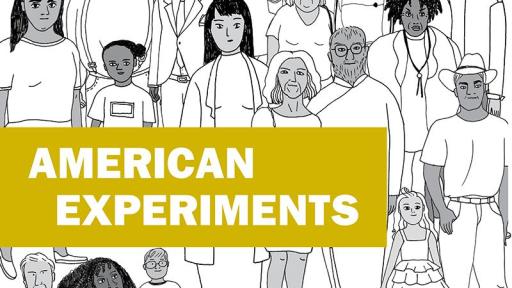 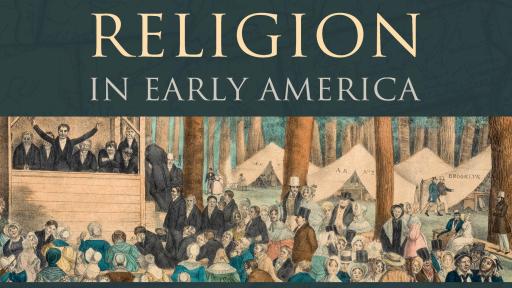 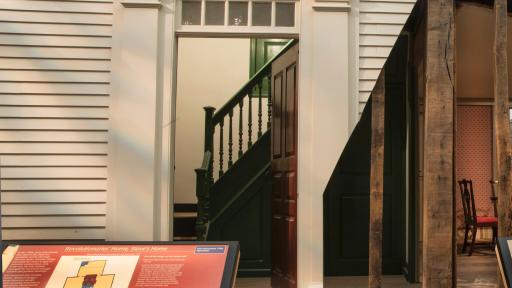 What Kind of a Nation Do We Want to Be?

As the nation prepares to celebrate Independence Day, the Smithsonian’s National Museum of American History opens The Nation We Build Together, presenting four exhibitions and interactive experiences that invite audiences to immerse themselves in the fundamental American stories, from the founding of the country through today. The newly transformed second floor of the museum’s west wing, with 30,000-square-feet, opens to the public Wednesday, June 28.

On opening day, visitors can celebrate America’s civic spirit with special activities, demonstrations, book signings and music. Festivities begin with a 10 a.m. performance by the U.S. Marine Corp Jazz Trio, followed by a LEGO Statue of Liberty make-and-take activity at 12:30 p.m. Conjunto and blues musical performances and demonstrations will take place throughout the day. The schedule is at https://americanhistory.si.edu. On July 4, the museum will stay open until 7:30 p.m.

“This year, our exhibitions and programming invite audiences to explore The Nation We Build Together in a variety of ways centered on the common values of freedom, liberty and opportunity,” said John Gray, the Elizabeth MacMillan Director of the National Museum of American History. “These American ideals bind us together as a people, all working together to build on and shape this great nation.”

The Nation We Build Together features:

The museum began renovating the 120,000-square-foot west wing of its 53-year-old McKim, Mead and White-designed building in 2012. Each floor has a central theme. The first floor, opened in 2015, highlights innovation. The second floor, with 30,000-square-feet of exhibit and program space, explores the nation’s founding principles and how they evolved over time. The third floor, focusing on culture, begins to open in 2018. A total of $58 million in federal funds made the three-floor renovation possible and significant private support of $86 million to date has been raised.

Highlights for The Nation We Build Together:

The Linda and Pete Claussen Hall of Democracy
“American Democracy: A Great Leap of Faith”

What happens when a people decide to govern themselves? America’s national treasures come to life in this compelling exhibition that examines the bold experiment to create a government “of the people, by the people and for the people.” “American Democracy: A Great Leap of Faith” explores citizen participation, debate and compromise from the nation’s founding through today. The nation’s revolutionary decision to end monarchy and base its new government solely on a sovereign “people” left each generation that followed to answer fundamental questions such as “Who are the people and how should they participate?” and “What principles and common ideas are necessary to make government by the people possible?” The exhibition includes objects such as Thomas Jefferson’s writing box, on which he drafted the Declaration of Independence, the inkstand Lincoln used to draft the Emancipation Proclamation and the table on which Elizabeth Cady Stanton wrote the Declaration of Sentiments for women’s political rights.

Hall of the American People
“Many Voices, One Nation”

How did we become U.S.? “Many Voices, One Nation” takes visitors on a 500-year chronological and thematic journey of the unique and complex stories that animate the Latin emblem on the country’s Great Seal and the national ideal: E pluribus unum, Out of many, one. Through almost 200 museum artifacts and almost 90 loaned objects, this exhibition shows how the many voices of the American people have contributed to and continue to shape the nation and its communities, from its beginnings to the present. Objects on view include a Norwegian bowl brought by 19th-century immigrants, a gold miner’s trunk, symbols of union and liberty such as Uncle Sam and Columbia, a baseball helmet used by Boston Red Sox player Carl Yastrzemski in the 1970s and a soccer jersey worn in 2013 by a player for a Georgia team composed of young refugees.

Unity Square is the floor’s new program space dedicated to immersive activities and performances that richly illustrate America’s participatory democracy. One of the museum’s treasures, the “whites only” Greensboro Lunch Counter where four African American students sat beginning Feb. 1, 1960, at the Woolworth’s store in Greensboro, N.C., is a centerpiece of Unity Square. The students’ request for service was refused, and they remained seated in protest, beginning a six-month protest and boycott. The counter was desegregated that July, making the sit-in a watershed moment in the civil rights struggle. The lunch counter features a “magic mirror” that transforms into a video screen featuring a History Channel film with archival footage.

“American Experiments”: Visitors can engage with several hands-on experience stations designed to inspire the public to actively participate in American civic life. The activities will address the themes of the signature exhibitions and bring to life the interplay and participation necessary for a healthy democracy. Each station can engage multiple visitors in a game-like activity that promotes discussion as well as a way to reflect upon democracy through each individual’s personal perspective. “American Experiments” is made possible by the generous support of the Julie and Greg Flynn Family Fund.

The role of religion in the formation and development of the United States is at the heart of this one-year exhibition, which explores the themes of religious diversity, freedom and growth from the colonial era through the 1840s. National treasures from the museum’s own collection will be on view, such as George Washington’s christening robe from 1732, Thomas Jefferson’s The Life and Morals of Jesus of Nazareth, which is also known as “The Jefferson Bible,” Wampum beads and the cloak worn by abolitionist Quaker minister Lucretia Mott. Significant objects on loan from institutions and private individuals include Massachusetts Bay Colony-founder John Winthrop’s communion cup, circa 1630; a Torah scroll on loan from New York’s Congregation Shearith Israel, founded in 1654; a chalice used by John Carroll, the first Roman Catholic bishop in the U.S. and founder of Georgetown University; the 19th-century Arabic manuscript written by a Muslim enslaved in Georgia from the University of Georgia library; and a handwritten page from the Book of Mormon manuscript.

“Within These Walls,” showcases 200 years of American history as seen from the doorstep of one house that stood from Colonial days through the mid-1960s in Ipswich, Mass. This 4,200-square-foot exhibition highlights five ordinary families whose lives within the walls of the house became part of the great changes and events of the nation. The largest artifact in the museum, the Georgian-style, 2½-story, timber-framed house was built in the 1760s, just 30 miles north of Boston and stood at 16 Elm St. until 1963 when local citizens saved it from destruction. First opened in 2001, the exhibition is being updated in 2017–18 to reflect new research, including insights about the former enslaved man originally known only as Chance. This research will add to the understanding of slavery and liberty in Revolutionary-era New England. The exhibition is sponsored by the National Association of Realtors.

Smithsonian Gardens
“Common Ground: Our American Garden”
The museum’s Terrace Gardens, which extend around the perimeter of the building, will feature “Common Ground: Our American Garden.” These gardens include plants that are native, brought from other countries or passed down by seed or shared with neighbors. Through this living exhibition, Smithsonian Gardens helps visitors see the impact of people and their plants on the American landscape.

George Washington Statue and The Nation We Build Together Gateway
Horatio Greenough’s 12-ton marble statue of George Washington, modeled on the classic statuary of ancient Greece, serves as the landmark object for the second floor’s west wing. Against a backdrop with the words The Nation We Build Together, the statue serves as a beacon to exhibitions centered on the founding principles of the nation. The Greenough statue was commissioned in 1832 by Congress and transferred to the Smithsonian in 1908. The National Museum of American History’s building was designed to display the statue upon its opening in 1964. Display cases in the gateway will introduce visitors to American ideals such as liberty and opportunity through objects such as an early 20th-century glass ballot box and a suitcase carried by a Holocaust survivor on her journey to New York.

Three permanent exhibitions: “Many Voices, One Nation,” “American Democracy: A Great Leap of Faith” and “Within These Walls” will have multilingual translations. General information and self-guided exhibition tours will be available in eight languages on the museum’s website. Visitors will be able to access this content on their personal devices through the museum’s free wifi. The content will be available in Spanish, French, German, Chinese, Japanese, Korean, Russian, Arabic and English. There will also be an audio tour available for all the exhibitions with narration by curators, individuals featured in the exhibits and celebrities. The translations and audio tours will be available later this summer. Museum docents will provide spotlight tours as well.

The National Museum of American History is located on Constitution Avenue N.W., between 12th and 14th Streets and is open daily from 10 a.m. to 5:30 p.m. (closed Dec. 25). Admission is free. For more information, visit https://americanhistory.si.edu. For Smithsonian information, the public may call (202) 633-1000.