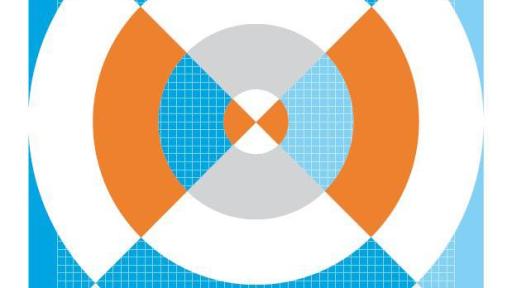 A Nation in Pain: Focus on Medicaid

St. Louis, Missouri — Our nation’s unprecedented opioid epidemic has been called the worst drug crisis in American history. To highlight the severity of this issue, consider these few alarming statistics:

Opioids use affects people of all ages and across all socioeconomic backgrounds. However, Medicaid members are 10 times more likely to suffer from addiction and substance abuse than the general population.

As one of the largest providers of PBM services to managed Medicaid plans, Express Scripts analyzed the annual opioid use of 3.1 million Medicaid members across 14 states in 2015, examining age and gender factors as well as usage patterns across enrollment groups. The study, A Nation in Pain: Focus on Medicaid, found nearly one quarter of Medicaid members filled an opioid prescription and nearly one-third of them took opioids for more than 30 days.

Even more alarming, 4.3% of Medicaid members age 19 and under were on narcotic pain medicines.

Additionally, other key study findings from the study also include:

The study also compared usage patterns across Medicaid enrollment categories. While opioid use was high among Aged, Blind and Disabled (ABD)/Long Term Care (LTC) members, Temporary Assistance for Needy Families (TANF) members had the highest rate of opioid use at 6.27% and represented nearly 5% of that population’s plan costs. Children’s Health Insurance Program (CHIP) members expectedly had the lowest opioid utilization.

Preventing the abuse from every angle

When thinking of how to combat the opioid epidemic, solutions can take a number of forms. One solution is to look at utilization patterns of opioid users — both prescriber and pharmacy utilization as patients abusing opioids tend to seek out multiple prescribers and pharmacies. In fact, more than a quarter of Medicaid members received the same pain medicine from more than one prescriber.

Additionally, the study found the average Medicaid member received prescriptions from 1.8 prescribers, with almost 8.9% using four or more prescribers and utilized 1.4 pharmacies to fill their medications with 3.4% using more than three pharmacies. Patients often go to great lengths, sometimes traveling across states, to find prescribers willing to write excessive opiate scripts. These “pill mills” have led to criminal prosecution, most notably in Florida, Tennessee and Kentucky, but all states struggle with the issue.

In addition to reducing doctor and pharmacy shopping, other solutions include looking at the formulations of opioids. These drugs can be abused in various forms — they can be swallowed, crushed, snorted, smoked, dissolved and injected. New opioid formulations attempt to combat this abuse with mechanisms that prevent altering the dose form. Some products add an opioid antagonist to block the associated euphoric feelings of using an opioid. While intriguing, these new abuse-deterrent medications are primarily brand drugs and are extremely expensive compared to generics forms. Due to their high costs, Medicaid plans typically promote acute and long-acting generic opiates as first line treatment for narcotic pain management, demonstrated by generics accounting for 90.6% of pain medication claims included in the study.

Federal and state programs and healthcare organizations are committed to turning the tide on opioid abuse and have launched numerous initiatives to combat the opioid epidemic, from the Comprehensive Addiction Recovery Act to the Surgeon General’s letter on opioids to President Trump’s recent plan.

However, government regulations and initiatives are only a piece of the treatment puzzle. Our nation needs a multifaceted solution that targets abuse and addiction from every angle — at home, at the doctor’s office and at the pharmacy. Only by working together can we put the brakes on the opioid epidemic.

Combating the national opioid epidemic calls for a comprehensive plan, not a bandage.

The drugs driving the Medicaid epidemic

Hydrocodone-acetaminophen continues to lead the list of most prescribed opiates. In an attempt to reduce excessive prescribing in 2014, the Drug Enforcement Agency changed the classification of hydrocodone-containing products from Schedule III to Schedule II, the most restricted class of prescribed narcotics. By changing the schedule classification of these drugs to Schedule II controlled substances, more restrictive dispensing guidelines applied to the drugs – specifically, these drugs can no longer be refilled, requiring a new written prescription each time.

In addition to hydrocodone-acetaminophen being the most prescribed drug, the top five opioid pain medications dispensed for Medicaid members were:

Another serious concern highlighted in the report was the number of patients taking potentially dangerous combinations of drugs, such as an opioid and another medication that can help alleviate or reduce pain – such as an anticonvulsant, antidepressant or a skeletal muscle relaxant. When combined with opioids, there is a high risk for adverse reactions, such as additional drowsiness. The combination of these drugs can cause patients to become confused and fall, creating a particularly dangerous combination for frail and elderly patients. Among these medications, anticonvulsants and skeletal muscle relaxants had the highest rates of adjuvant therapy — and 34% of Medicaid members had prescriptions for an opioid and a benzodiazepine and/or muscle relaxant.

A solution that works across the care continuum

For every person who dies from opioids, more than 850 are in stages of misuse, abuse and treatment. Providing care for a huge variety of patients, behaviors and outcomes requires a robust, 360-degree solution with active participation from PBMs, prescribers, pharmacies, employers and opioid users. Affecting change requires influencing behavior at every touchpoint — drug utilization management alone is not the answer — and coordination of care is critical.

Medicaid plans face unique challenges in providing healthcare to our nation’s sickest and most vulnerable patients while managing the risk of potential drug abuse. While there is no single solution to curb the national opioid epidemic, Express Scripts will continue partnering with Congress and state governments, health plans, prescribers and pharmacies to find solutions to America’s devastating opioid crisis.

A Nation in Pain: Focus on Medicaid