GSK announced today that the US Food and Drug Administration (FDA) has approved a new subcutaneous formulation of Benlysta (belimumab) for the treatment of adult patients with active, autoantibody-positive SLE who are receiving standard therapy. Systemic Lupus Erythematosus (SLE) is the most common form of lupus, a chronic, incurable autoimmune disease producing autoantibodies that can attack almost any system in the body. The approval marks the first subcutaneous self-injection treatment option for patients with SLE.

After training from their health care provider, patients will be able to administer the medicine as a once weekly injection of 200mg, from either a single-dose prefilled syringe or from a single-dose autoinjector. This is the second formulation of Benlysta to be granted approval for SLE, adding to the existing intravenous (IV) formulation, approved in 2011, which is administered by healthcare professionals to patients as a weight-based dose of 10mg/kg, via a one-hour infusion in a hospital or clinic setting every four weeks (following an initial loading phase given on days 0, 14 and 28).

Vlad Hogenhuis, Senior Vice President, Head of Specialty Care, GSK said, “We are delighted with today’s decision. Lupus can impact the lives of patients in many different ways with varied and often unpredictable symptoms. Since it launched in its IV form, thousands of patients worldwide have received treatment with Benlysta. The approval of the new injectable formulation will now provide an additional choice for patients, allowing them to self-administer their medicine at home rather than going to hospitals or clinics for their infusions.”

The approval is based on data from the BLISS-SC phase III pivotal study of more than 800 patients with active SLE, which measured reduction in disease activity at Week 52 in patients receiving belimumab plus standard of care, versus those receiving placebo plus standard of care (assessed by SRI, a composite measure of efficacy in lupus).

Benlysta subcutaneous formulation will be available in specialty pharmacies in the US in late August.

Further regulatory submissions for the subcutaneous formulation of Benlysta are under review or planned in other countries during the course of 2017.

About Benlysta (belimumab)
Benlysta is currently the only medicine specifically developed and approved for SLE. Benlysta, a BLyS-specific inhibitor, is a human monoclonal antibody that binds to soluble BLyS. Benlysta does not bind B cells directly. By binding BLyS, Benlysta inhibits the survival of B cells, including autoreactive B cells, and reduces the differentiation of B cells into immunoglobulin-producing plasma cells.

Benlysta is indicated in the US for the treatment of adult patients with active, autoantibody-positive, systemic lupus erythematosus (SLE) who are receiving standard therapy: Limitations of Use: The efficacy of Benlysta has not been evaluated in patients with severe active lupus nephritis or severe active central nervous system lupus. Benlysta has not been studied in combination with other biologics or intravenous cyclophosphamide. Use of Benlysta is not recommended in these situations.

Full US prescribing information including Medication Guide will be available in the near future at: gsksource.com. In the meantime, you may request a copy through GSK Communications.

Benlysta is licensed in the European Union as an add-on therapy in adult patients with active autoantibody-positive SLE, with a high degree of disease activity (e.g. positive anti-dsDNA and low complement), despite standard therapy.

Benlysta subcutaneous formulation is currently not approved in the European Union.

For the EU Summary of Product Characteristics for Benlysta, please visit www.ema.europa.eu

About systemic lupus erythematosus (SLE)
Systemic lupus erythematosus (SLE) is the most common form of lupus, affecting approximately 70 percent of an estimated 5 million people with lupus worldwide. Approximately 170,000-200,000 Americans live with SLE. It is a chronic, incurable autoimmune disease producing autoantibodies that can attack almost any system in the body.

CONTRAINDICATION
BENLYSTA is contraindicated in patients who have had anaphylaxis with belimumab.

MORTALITY
There were more deaths reported with BENLYSTA than with placebo during the controlled period of the intravenous clinical trials. Out of 2,133 patients in 3 clinical trials, a total of 14 deaths occurred during the placebo-controlled, double-blind treatment periods: 3/675 (0.4%), 5/673 (0.7%), 0/111 (0%), and 6/674 (0.9%) deaths in the groups receiving placebo, BENLYSTA 1 mg/kg, BENLYSTA 4 mg/kg, and BENLYSTA 10 mg/kg, respectively. Etiologies included infection, cardiovascular disease, and suicide.

SERIOUS INFECTIONS
Serious and sometimes fatal infections have been reported in patients receiving immunosuppressive agents, including BENLYSTA. Caution should be exercised when considering use in patients with severe or chronic infections. Consider interrupting therapy with BENLYSTA in patients who develop a new infection while receiving BENLYSTA and monitor these patients closely.

Progressive Multifocal Leukoencephalopathy (PML): Cases of JC virus-associated PML resulting in neurological deficits, including fatal cases, have been reported in patients with SLE receiving immunosuppressants, including BENLYSTA. Risk factors for PML include treatment with immunosuppressant therapies and impairment of immune function. Consider the diagnosis of PML in any patient presenting with new-onset or deteriorating neurological signs and symptoms and consult with a neurologist or other appropriate specialist as clinically indicated. In patients with confirmed PML, consider stopping immunosuppressant therapy, including BENLYSTA.

Some patients (13%) received premedication, which may have mitigated or masked a hypersensitivity response. There is insufficient evidence to determine whether premedication diminishes the frequency or severity of these reactions.

In the controlled trial of BENLYSTA administered subcutaneously (N = 836), the incidence and severity of systemic hypersensitivity reactions were similar to those observed in the intravenous clinical trials.

Live vaccines should not be given for 30 days before or concurrently with BENLYSTA. BENLYSTA may interfere with the response to immunizations.

USE WITH BIOLOGIC THERAPIES OR IV CYCLOPHOSPHAMIDE

OTHER IMPORTANT INFORMATION FOR BENLYSTA

USE IN SPECIFIC POPULATIONS

Pregnancy: There are insufficient data on use of BENLYSTA in pregnant women to establish whether there is drug-associated risk for major birth defects or miscarriage. Following an assessment of benefit versus risk, if prevention is warranted, women of childbearing potential should use effective contraception during treatment and for at least 4 months after the final treatment.

Populations not studied
Benlysta has not been studied in the following patient groups, and is not recommended in patients with:

GSK – one of the world’s leading research-based pharmaceutical and healthcare companies - is committed to improving the quality of human life by enabling people to do more, feel better and live longer. For further information please visit www.gsk.com.

Cautionary statement regarding forward-looking statements
GSK cautions investors that any forward-looking statements or projections made by GSK, including those made in this announcement, are subject to risks and uncertainties that may cause actual results to differ materially from those projected. Such factors include, but are not limited to, those described under Item 3.D 'Principal risks and uncertainties' in the company's Annual Report on Form 20-F for 2016. 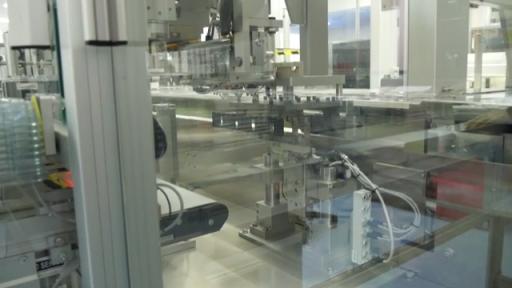