Debuting During 2017 MTV Video Music Awards, truth Asks if it is Just Business or is it Exploitation?

Washington, D.C. (Aug. 24, 2017) – People with mental health conditions (depression, ADHD for example) and substance use disorders are estimated to account for 40 percent of cigarettes smoked in the U.S., and 38 percent of military smokers start after enlisting. The much higher than average prevalence of tobacco use among these two groups is not a coincidence. For decades, the tobacco industry has exploited these, and many other populations, including African-Americans, low-income communities and LGBTQ individuals, to sell its products. While the industry positions this as targeting and consumer choice, the facts reveal a darker pattern of exploitation.

truth – one of the largest and most effective youth smoking prevention campaigns – is teaming up with correspondents Ryan Duffy and Kaj Larsen on a new, documentary-styled campaign, premiering August 27th during the 2017 MTV Video Music Awards, that will engage, motivate and activate young people to end this history of exploitation and finish tobacco for good. 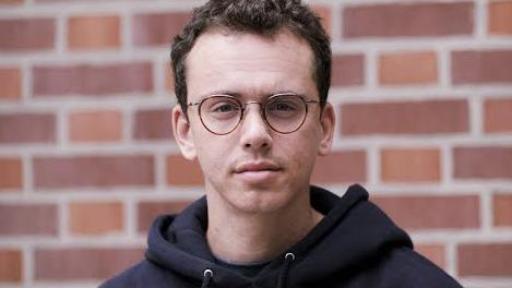 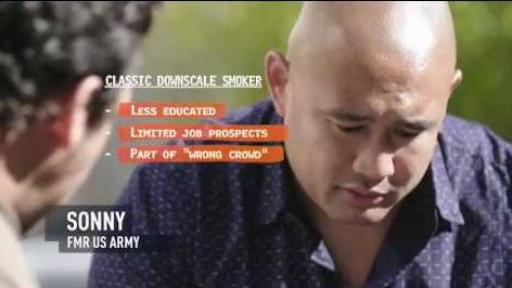 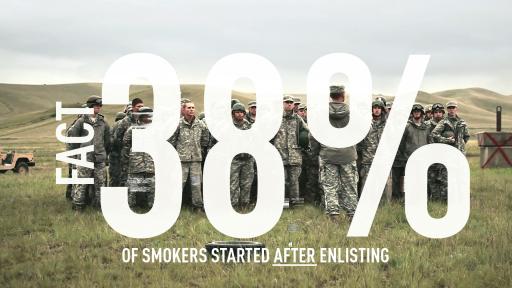 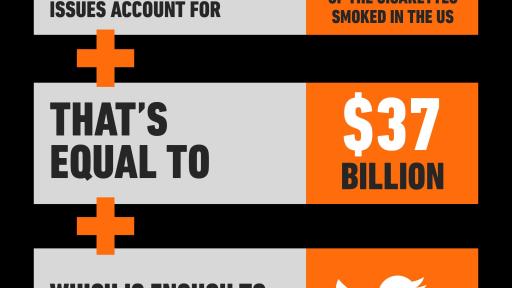 Fact: People with any mental health or substance abuse issues account for 40% of the cigarettes smoked in the U.S. 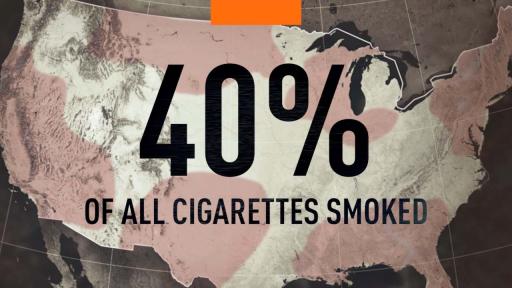 The campaign, titled “Business or Exploitation?”, exposes the tobacco industry’s exploitation of individuals with mental health conditions and members of the military, with startling facts, such as:

“The tobacco industry makes $37 billion a year selling cigarettes to people with mental illness. This is a prime example of how the industry sees certain populations solely as business opportunities and exploits individuals with mental health conditions and members of the military,” said Robin Koval, CEO and president of Truth Initiative®, the national public health organization that directs and funds the truth campaign. “The consequences of these targeting practices are horrendous, killing more than 540,000 people each year, hindering the recovery of those battling mental health conditions and putting the health and safety of our military service men and women at risk. It’s simply shameful.”

The campaign features interviews with real people exploited by the tobacco industry, as well as mental health and military experts.

“For decades, the tobacco industry has promoted to the mental health community the idea of tobacco as medicine. The tobacco companies funded research, supported conferences and funded authors to generate and promulgate the message that smoking a cigarette can relieve symptoms of schizophrenia, depression and anxiety,” said Dr. Judith Prochaska, associate professor of medicine at the Stanford Prevention Research Center and president of the Society for Research on Nicotine and Tobacco. “Prioritizing profits over public health, the tobacco companies have preyed upon this vulnerable population for financial gain. The truth: tobacco is the leading cause of preventable addiction, disease and death among those with mental illness. The evidence is clear that quitting smoking does not harm, and may even improve, mental health recovery. It’s time to clear the air.”

Dr. Libby Smith, professor at the University of California, San Francisco and an expert on tobacco in the armed forces said, “Big Tobacco saw the military market as being really key to their profits in a way that I think is deeply cynical. They sponsored lots of entertainment for troops on the military bases, giving away cigarettes. This seemed like a gift to the troops, but really it’s all about just marketing the product. While military personnel are supposed to be at peak fitness, tobacco use damages respiratory health and cardiac fitness, even in the short term. Smoking also impairs night vision and retards wound healing, both of which are important for our military members.”

Though teen smoking of traditional cigarettes reached a historic low of 6 percent in 2016, tobacco is still the number one cause of preventable death. As a result of tobacco industry exploitation, tobacco use disproportionately affects certain communities. For example:

“Business or Exploitation?” follows on the heels of the 59th annual Grammy Awards where truth called out Big Tobacco for exploiting low-income and African-American populations. The campaign aims to get young people fired up to take action and be the generation to end tobacco in every community nationwide.

After enlisting at thetruth.com, individuals can also get involved online by:

The FinishIT campaign and new “Business or Exploitation?” creative were developed by 72andSunny. Media planning and buying is handled by Assembly.

About truth
truth is one of the most successful and one of the largest national youth tobacco prevention campaigns. The campaign exposes the tactics of the tobacco industry, the truth about addiction and the health effects and social consequences of smoking. truth gives teens facts to make their own informed choices about tobacco use and inspires them to use their social and creativity in the fight against tobacco. The campaign is credited with preventing hundreds of thousands of teens from starting to smoke and is working to make this the generation that ends smoking for good. To learn more, visit thetruth.com.

truth is part of Truth Initiative, a national public health organization dedicated to achieving a culture where all youth and young adults reject tobacco. To learn more about Truth Initiative’s work speaking, seeking and spreading the truth about tobacco, visit truthinitiative.org.