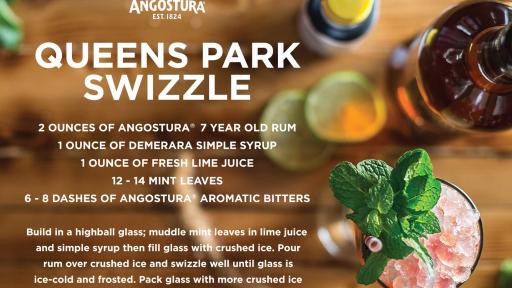 “Visitors will find ANGOSTURA aromatic bitters alongside salt and pepper in any establishment on the islands of Trinidad and Tobago. We sprinkle a few drops on everything from pizza to soup, ensuring a kick of bold flavor in everything we consume,” said THE HOUSE OF ANGOSTURA CEO Genevieve Jodhan. “I am delighted that people worldwide are already integrating ANGOSTURA bitters into their favorite cocktail recipes, but my hope is that consumers will continue to discover that bitters’ versatile flavor can enhance everything from easy week-night meals to extravagant desserts.”

In 1824, Dr. JGB Siegert perfected the aromatic bitters formula for use in his medical practice as Surgeon General to the armies of Simon Bolivar while stationed in Angostura, Venezuela. Dr. Siegert’s family eventually moved to Trinidad where his sons began manufacturing bitters in a small factory in Port of Spain, expanding later to also encompass a rum distillery. Though the exact bitters formula, made up of local herbs and plants, remains guarded to this day, bartenders demonstrate their affinity toward the essence by incorporating the sweet, spicy and slightly bitter notes into classic and craft cocktails.

“There is one cocktail in particular that embodies the southernmost Caribbean island that is Trinidad and highlights the distinct flavors of ANGOSTURA aromatic bitters, and that is the Queen’s Park Swizzle,” said THE HOUSE OF ANGOSTURA Chief Mixologist Raymond Edwards. “Nobody knows exactly how this drink came to be, but we do know that it was first served as a welcome drink to visitors of the Queen’s Park Hotel in Trinidad in the early 1900s.”

Read More
The Origins of the Queen’s Park Swizzle 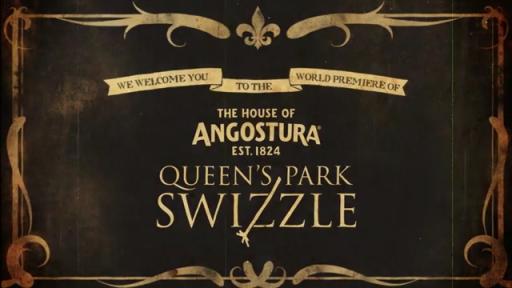 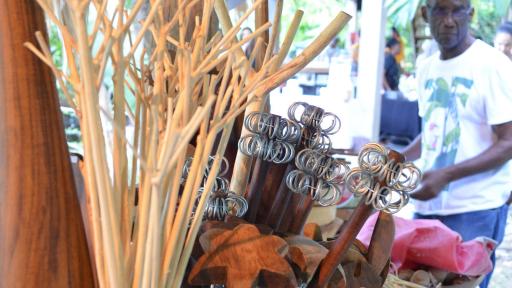 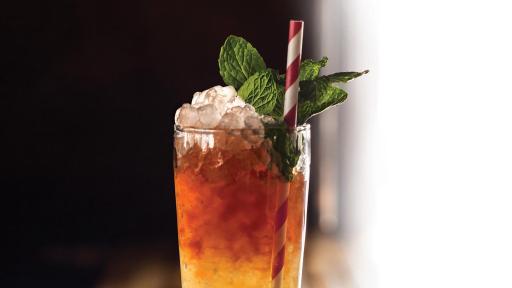 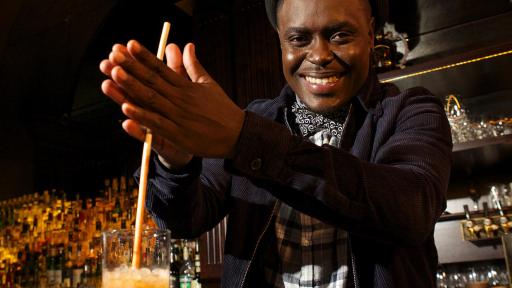 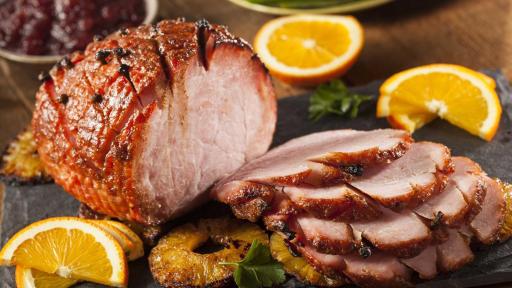 How to Make a Queen’s Park Swizzle

The Queen’s Park Swizzle, as Edwards explained, is built with layered mint leaves to cool and refresh, demerara syrup for a touch of sweetness, lime juice, crushed ice, a full-bodied dark rum like THE HOUSE OF ANGOSTURA’s 7 Year Rum, more ice, topped off with 5-6 dashes of ANGOSTURA aromatic bitters. The cocktail comes together once the swizzle stick is pushed through the ice, many times down and the handle is vigorously rotated between the palms of the hands until the glass is coated with a thick coat of frost.

The Story of the Swizzle Stick

The swizzle stick first made an appearance on sugar plantations in the 1600s. Today, it is not uncommon for craftsmen to dedicate a lifetime to sourcing the perfect sticks created from the dried wood stems of the Quararibea turbinata, a tree native to the Caribbean islands. The swizzle stick, similar to ANGOSTURA bitters, also applies to food. “I use my swizzle stick for everything from swizzling my favorite cocktails to mixing up soups,” said Jodhan “It is an essential kitchen utensil.”

The swizzle stick helped give birth to swizzles as a category of cocktail. It is a hybrid drink that is both shaken and stirred and powerfully cold for a refreshing experience. Swizzle cocktails are diluted enough to allow a substantial measure of spirit to be included without losing flavor for a result that is both satisfying and tasty. The swizzle earns its name not by ingredients or flavors like most other cocktails, but by the whisk-like motion of making it or swizzling. Though the Queen’s Park Swizzle reigns as THE HOUSE OF ANGOSTURA’S signature cocktail, the brand regularly introduces swizzle combinations that keep the swizzle cocktail category relevant. Consumers are encouraged to pick their favorite swizzle and learn how to make it.

THE HOUSE OF ANGOSTURA continues to innovate by adding to its extensive lineup, including its rum portfolio, and by constantly spearheading innovative, attention-gabbing cocktails. In 2007, the brand added zesty, citrus flavored ANGOSTURA® orange bitters which can be added to vodka, gin, vermouth, whiskey and rum, and can also enhance sweet and savory sauces. Additionally, to celebrate 190 years of history, the brand launched Amaro di ANGOSTURA® an herbal liqueur that uses ANGOSTURA bitters as a base. Amaro di ANGOSTURA can be sipped alone or combined like in the Amora Amaro.

On a local level, the brand regularly partners with chefs from Fanatic Kitchen Studio to design dishes that keep bitters relevant in the food scene. In the U.S., ANGOSTURA bitters recently partnered with Cochon 555, a culinary tour dedicated to supporting family farmers and educating chefs and foodies about the agricultural importance of utilizing Old World livestock. As part of the tour, the brand worked with chefs all over the country to integrate ANGOSTURA bitters into cutting-edge culinary concepts.

“We partnered with Cochon to help educate consumers on the many uses of bitters, and my hope for the future is that people continue to stock their bar carts with our bitters and rums, but that next time they are cooking up any meal, they consider adding a little dash of bitters to kick up the flavor,” said Jodhan.