Tarrytown, NY (August 31, 2017) – Boudreaux’s Butt Paste® joined forces with Operation Shower® yesterday, hosting a baby shower for nearly 50 expecting military moms and dads in Foxborough, MA. The diaper rash brand trusted and loved by millions of parents, honored brave military members who protect our country, by protecting their little ones, through a year-long partnership with Operation Shower. This non-profit military organization celebrates military families across the country by hosting baby showers for expecting military parents. In addition to celebrating the service members at the event, Boudreaux’s Butt Paste® also announced a call for Military Baby photos, in return for a free sample of one of its popular diaper rash products – a nursery staple across the U.S.

The shower, which was held at the site of the PGA Tour’s Dell Technologies Golf Championship with support from Birdies for the Brave®, was hosted by parenting lifestyle expert, Rosie Pope, a longtime supporter of the Operation Shower cause. Pope, a notable entrepreneur, TV personality and tastemaker in the maternity and parenting space, engaged the guests through baby shower games, while also answering questions and giving advice to the military moms. The “Over The Moon” themed shower feted deserving military members and their spouses by providing must-haves for their babies and a chance to come together and celebrate with each other. As presenting sponsor of the shower, Boudreaux’s Butt Paste® not only provided the “protection” these families will surely need for their babies’ bottoms, but also an interactive Diaper Changing Game that saw attendees going head to head to see who could change the diaper of the brand’s stuffed mascot the fastest! 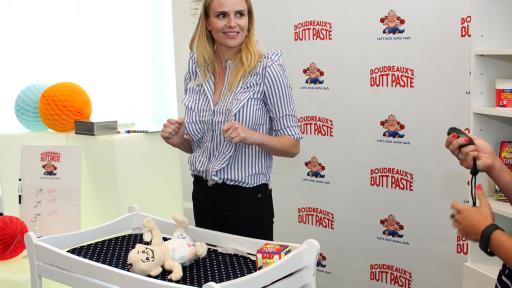 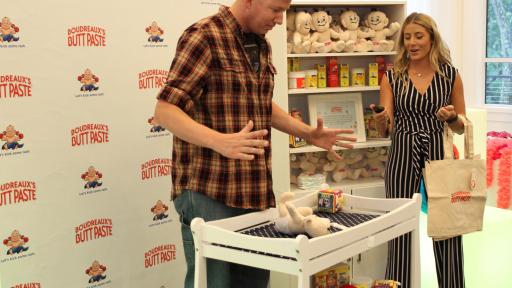 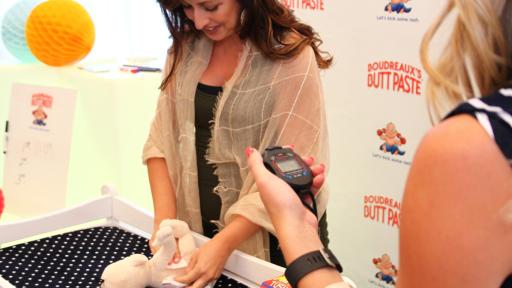 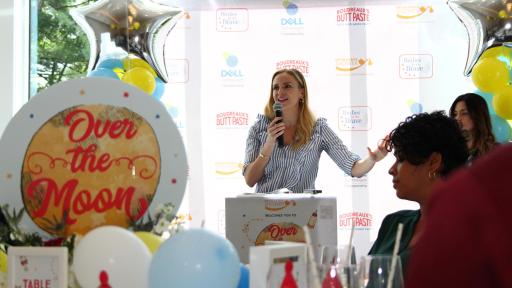 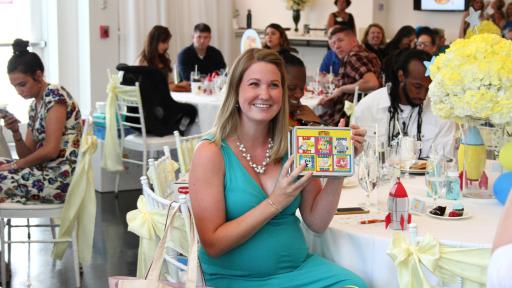 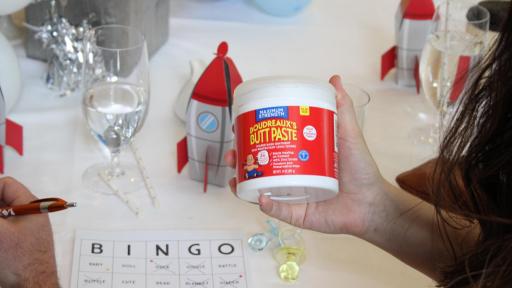 To take its commitment to the military one-step further, Boudreaux’s Butt Paste® launched a social media promotion at the event to reach military parents across the country. From now until September 17, 2017, the brand encourages military parents to share a fun photo of their military baby using the hashtag #ButtPasteSalutesOffers to win a full-size sample of the Boudreaux’s brand popular Butt Paste tube, along with a special branded item.

“In the military, the families of service members serve too. That’s why Boudreaux’s Butt Paste® was thrilled to partner with Operation Shower® to show our gratitude to these courageous men and women for everything they do,” said Carol Bishop, Director of Pediatrics, Cough, Cold and Household at Prestige Brands. “These amazing families deserve to be recognized, and getting to meet them and share in the excitement surrounding the birth of their babies through this special shower was an honor for our brand.”

The winner of the Diaper Changing Game and a gift card prize package, an expecting mom whose husband serves in the Army, bested the competition with a blazing time of 9.5 seconds, proving she is ready to take on diaper “duty.” Boudreaux’s Butt Paste® products were also included in Operation Shower’s signature “Showers In A Box” – a specially-curated kit featuring an array of unique, high-quality products and gift items for mothers and babies that have been donated by generous companies. In addition to their presenting sponsorship of this shower, the brand has and will continue to contribute their premium Maximum Strength Jar in every Operation Shower box of 2017.

“For military moms who are expecting a baby and whose spouses are deployed or soon to be deployed, the impending arrival of a child can be both exciting and stressful,” said Operation Shower Founder and Chief Shower Officer LeAnn Morrissey. “Operation Shower was created specifically to show thanks and celebrate these deserving families during this time, and it’s with the support from amazing brands like Boudreaux’s Butt Paste® that we’re able to do so.”

About Boudreaux’s Butt Paste®
Created by pharmacist and father of four, George Boudreaux, in 1978, Boudreaux’s Butt Paste® was born from the need for an effective and safe solution to eliminate diaper rash. Created specifically for parents who don’t want to settle for anything less than the best, it uses a combination of efficacious ingredients to be fast acting without being harsh on a baby’s skin. Boudreaux’s Butt Paste® is formulated without harmful ingredients and free-from dyes, parabens, preservatives, phthalates and talc. Parents rely on this trusted and pediatrician-recommend diaper rash line to help soothe and relieve rash discomfort from the first use and beyond. Boudreaux’s® is part of C.B. Fleet Company, Incorporated, a Prestige Brands Company.

About Operation Shower®
Operation Shower® is a non-profit organization dedicated to celebrating and honoring military families by providing joyful baby showers for military moms-to-be to ease the stress of deployment. Since its inception in 2007, Operation Shower® has showered more than 3,800 military moms from the Army, Navy, Air Force, Marines and National Guard on military bases and at other locations. For more information, visit www.operationshower.org.