Tips to make your home a safe-zone 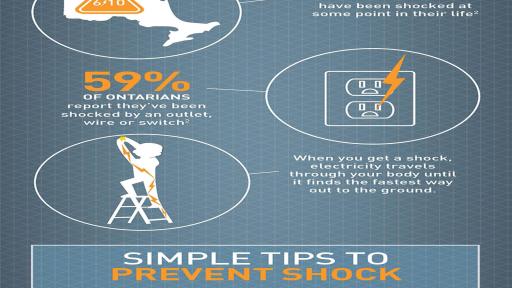 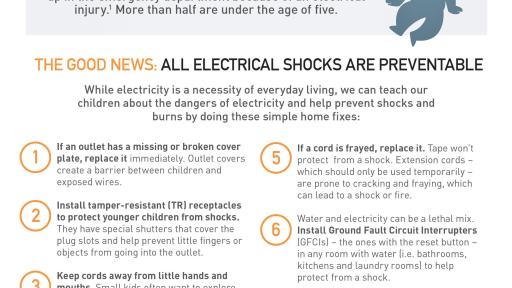 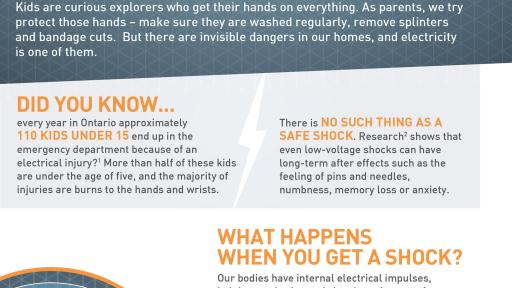 110 Kids Injured by Electricity Each Year in Ontario

There's #NoSafeShock, but all electrical shocks are preventable. Learn how to keep safe from shock. Tweet

Mississauga, ON (September 26, 2017) – On average, more than 110 kids under 15 end up in the emergency department each year in Ontario1 because of an electrical injury. More than half of those hurt are under age five. Research has shown that even mild shocks can have long-term after effects.2 Today, the Electrical Safety Authority (ESA) launched a new initiative to help Ontario parents prevent shocks at home.

“Kids are curious by nature and often use their hands to explore their surroundings, which puts them at risk for electric shock,” says Dr. Joel Moody, Director, Safety Risk, Policy and Innovation at ESA. “We are encouraging families to create even safer homes and communities, not just for children, but for all Ontarians. All shocks can be potentially damaging, but all shocks can be prevented.”

A survey conducted on behalf of ESA found that nearly 60 per cent of Ontarians have received a shock. But research shows that even low-voltage shocks like a zap from a toaster or buzz from an outlet can have serious long-term after effects like memory loss, anxiety or the feeling of pins and needles.

A new video created by ESA shows how electricity flows through the body and the effect it can have.

#NoSafeShock Tips for Parents
To help prevent electrical injuries in the home, particularly with young children, ESA is sharing three simple fixes that can make your home a safe-zone:

To reach even more families, ESA has partnered with Parachute, a leading child safety organization, to educate parents on electrical safety in the home.

Learn more about how ESA is working to protect Ontarians from electric shock at www.esasafe.com/nosafeshock.

More information on the Electrical Safety Authority can be found at esasafe.com, through https://twitter.com/homeandsafety and on Facebook at www.facebook.com/ElectricalSafetyAuthority.

About the Survey
Leger conducted a quantitative online survey of 1,001 Canadians. The fieldwork was completed between March 13 and 16, 2017. A probability sample of the same size would yield a margin of error of +/-2.6%, 19 times out of 20. 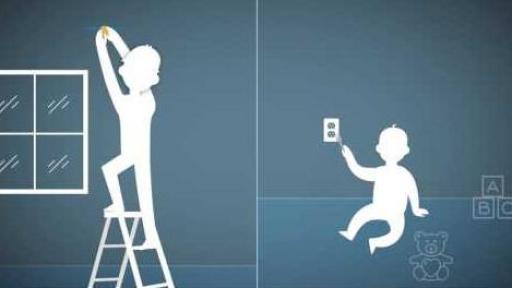