SEOUL, KOREA  The Cultural Corps of Korean Buddhism has successfully completed its Templestay and Temple food exhibition, experience and lecture on the theme of 'Pyeongchang Winter Olympics with Templestay' in New York, the city of global culture, from September 24 through 30, 2017.

Over 100 participants experienced various Templestay activities and temple food tasting at the Astor Center, New York. Among them, the lotus flower lantern making was the most popular activity, and Ssambap and natural potato chips were particularly among the food favorites. 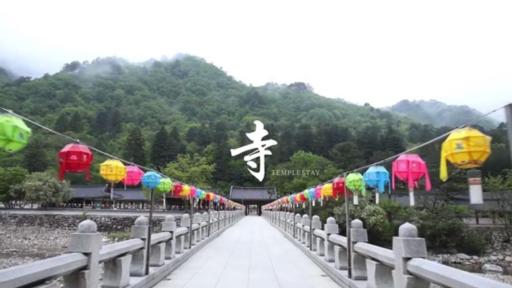 A lecture on temple food provided by Ven. Beopsong at the Cultural Week in New York 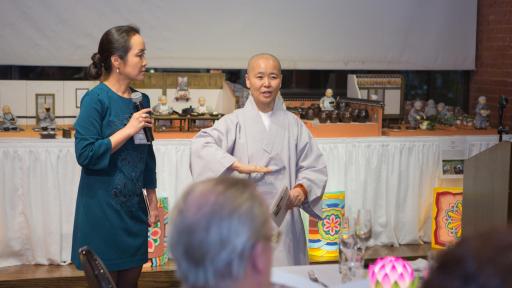 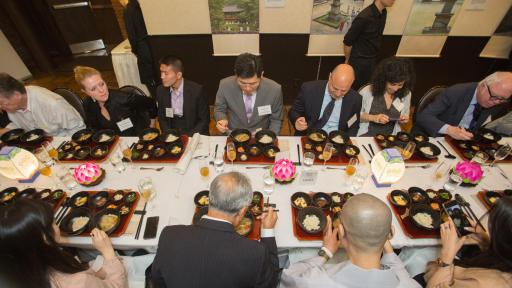 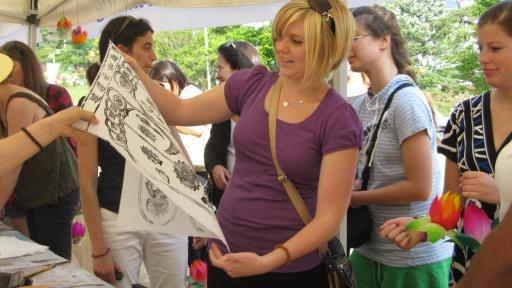 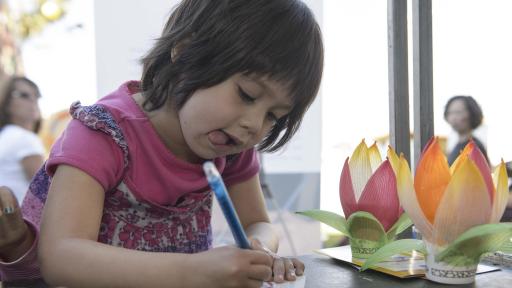 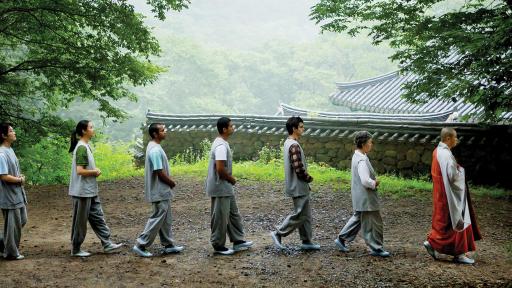 Participants who have experienced the Templestay exhibition have requested a recommendation of the temple to experience Templestay with Pyeongchang Winter Olympic Games next year.

On the other side of the event, people from government, business, arts and culture, media and prominent chefs attended the temple food banquet. A variety of temple foods such as porridge with potato matzo balls, buckwheat crepes, seasoned were airlifted from Gangwon-do Province.

One of New York's famous restaurant, Jean-Georges Restaurant Chef Kenny Pinney said “It was very impressive that it tastes clean and refreshing. I could feel the original taste of the ingredients purely.”

And Maangchi Kim, a renowned Korean food power blogger with about 2 million YouTube readers in the US and around the world, said, “It's a great honor to have an opportunity to get to the temple food in New York. Roasted tofu with chili pepper pickles made me feel the taste of Korean traditional food by unique smell and texture. I would like to introduce temple food at my YouTube channel.”

Bailey and Tarsha exalted in an interview that, “I was able to feel Korean tradition and the depth of food from the temple food. Especially, the chili pepper pickles were impressive. Unlike American pickles, it has a beautiful taste given by the chef’s sincerity and the time of waiting.” In addition, they thanked to Ven. Beopsong who introduced temple food saying “If I have a chance to visit Korea, I would like to experience temple food and traditional Korean culture through Templestay.”

On 29th of September (local time), Ven. Beopsong’s special lecture about temple food was held at a famous American cooking school CIA(Culinary Institute of America). About 100 professors and students of CIA attended the lecture with huge interest and enthusiasm for the temple food. There were lots of thoughtful questions about traditional recipe for temple food and the characteristics of temples from students. In addition, Michael Pardus, a CIA professor of Asian food, thanked Ven. Beopsong and the staff of Cultural Corps of Korean Buddhism serving kimchi noodle soup, soy sauce and local special fruits.

The Cultural Corps of Korean Buddhism has been hosting a biannual temple food promotional event in New York since 2010. This year's event was particularly designed to emphasize awareness of the Pyeongchang Winter Olympics 2018.