TORONTO (October 3, 2017) – On Tuesday, Canada’s iconic retailer, Hudson’s Bay, unveiled the Team Canada Collection that will outfit Canadian athletes at the upcoming Olympic and Paralympic Winter Games PyeongChang 2018. Fifteen Canadian PyeongChang 2018 hopefuls showcased the collection including looks for the opening and closing ceremonies at a live public event that gave fans the first look at the new kit. The event was simultaneously broadcasted on Facebook Live engaging fans across the country and around the world.

Hudson’s Bay Company, a Premier Partner of the Canadian Olympic Committee and the Canadian Paralympic Committee has raised more than $41 million to date from the sale of the company’s iconic Red Mittens, Para Flip-Flops and additional programs. The money raised helps to provide access to elite coaching, equipment, sport medicine, nutrition and other high-performance resources that make up a world-class daily training environment.

“As the Official Outfitter of the Canadian Olympic and Paralympic Teams, HBC is proud to support our athletes and connect our country through the passionate spirit of the Games,” said Alison Coville, President, Hudson’s Bay. “We are excited to unveil this new collection today and to launch the 9th edition of our now iconic Red Mittens which directly help our athletes achieve their dreams. Wearing the mittens is a fun and easy way for Canadians to show their support for Team Canada.” 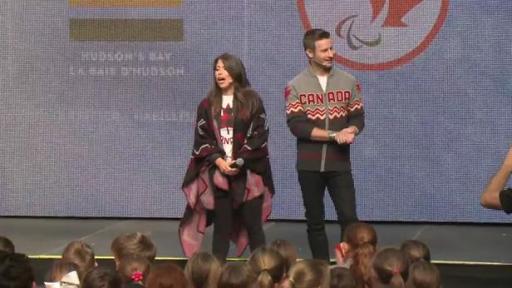 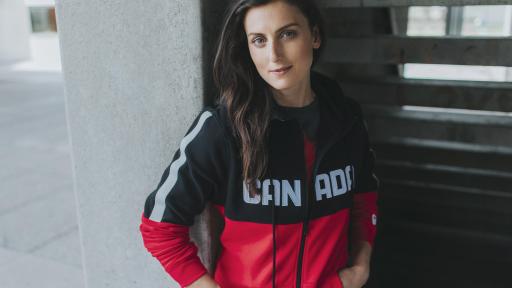 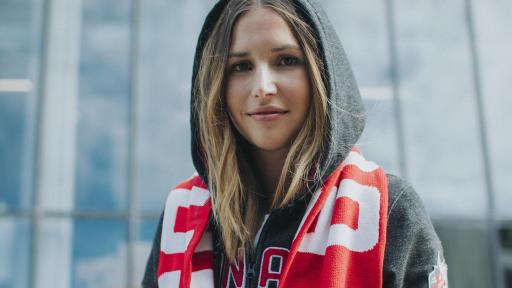 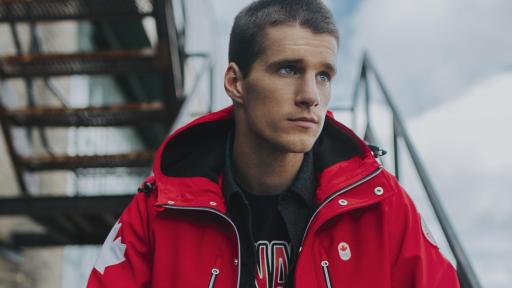 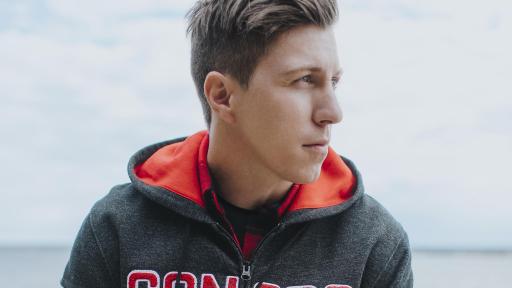 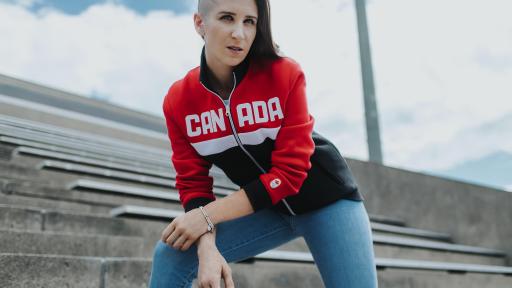 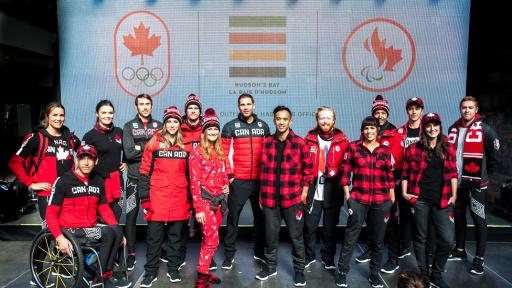 “Hudson’s Bay has again delivered an iconic Canadian design for the PyeongChang 2018 Winter Games that our athletes and coaches will wear with absolute pride,” said Chris Overholt, CEO & Secretary General of the Canadian Olympic Committee. "Thanks to these amazing Hudson’s Bay designs, our Canadian Olympic Team will be outfitted in a uniform that will be the envy of the world."

“The Canadian Paralympic Committee is thankful for its longstanding partnership with HBC as the Official Outfitter of Team Canada and its support of the Paralympic Foundation of Canada through sales of the Para Flip-Flops and other programs,” said Marc-André Fabien, President of the Canadian Paralympic Committee. “We are particularly delighted that Hudson’s Bay’s collection for the PyeongChang 2018 Canadian Paralympic Team has been designed with accessibility in mind, tailored to fit athletes who use wheelchairs or have other disabilities. And as always, the clothes feel fantastic to wear! With 156 days to go until the PyeongChang 2018 Paralympic Winter Games, we look forward with great anticipation to Canada delivering a strong performance in South Korea.”

Hudson’s Bay provides each Olympic and Paralympic Team member with a full uniform kit that includes complete looks for opening, closing and podium ceremonies as well as leisurewear to wear in and around the Olympic Village. The full clothing kit was designed exclusively by Hudson’s Bay’s in-house team of designers who were inspired by iconic Canadian winter style. The collection is proud, vibrant, modern and Canadian. Key elements of the collection include colour blocking in tones of red, white and black, layering, graphic embellishments and the confident use of the Maple Leaf.

Inspired by a fierce Canadian spirit and a strong sense of connection, the official Team Canada replica wear will be available at all Hudson’s Bay locations across Canada beginning October 2017, and online at thebay.com. Priced from $10 to $114.99 for Accessories; $20 to $55 for Kids/Infants; and $35 to $225 for Men’s/Women’s Clothing and Outerwear, the full collection will dress Canadians in a way that connects us to share in a momentous patriotic experience, spreading the Games spirit from coast-to-coast-to-coast.

HBC is a diversified global retailer focused on driving the performance of high quality stores and their all-channel offerings, growing through acquisitions, and unlocking the value of real estate holdings. Founded in 1670, HBC is the oldest company in North America. HBC's portfolio today includes formats ranging from luxury to premium department stores to off price fashion shopping destinations, with more than 480 stores and over 66,000 employees around the world.

ABOUT THE CANADIAN OLYMPIC COMMITTEE

ABOUT THE CANADIAN PARALYMPIC COMMITTEE