GAME OF THRONES®: THE TOURING EXHIBITION WILL WELCOME FIRST VISITORS TO ITS GLOBAL DEBUT IN BARCELONA ON 28 OCTOBER 2017

Barcelona, 26 October 2017 – Based on the groundbreaking HBO® series, GAME OF THRONES: The Touring Exhibition will give fans the experience of a lifetime with an up-close and personal look into the world of Westeros and Essos. In collaboration with HBO Global Licensing, global events provider GES designed and built the show’s largest public display to date. The exhibition beautifully showcases the sumptuous costumes, authentic props, and majestic settings from all seven seasons of the worldwide hit series GAME OF THRONES in an interactive, immersive experience which leads visitors through several dynamically themed exhibition areas. Sold Out and Encore are partnering with GES to present the exhibition in Barcelona.

“It is an incredible honor to join my co-star at the opening of GAME OF THRONES: The Touring Exhibition in Barcelona. It has been a trip down memory lane to see all of the props and costumes again. I highly recommend it to fans and newcomers alike,” said Ian Beattie.

“I found this exhibition to be impressively crafted and it was a great experience to revisit the House of Black and White in this new setting where fans can see it for themselves. The costumes on the show are so intricate and it is a delight to see them displayed for fans to enjoy up-close,” added Tom Wlaschiha. 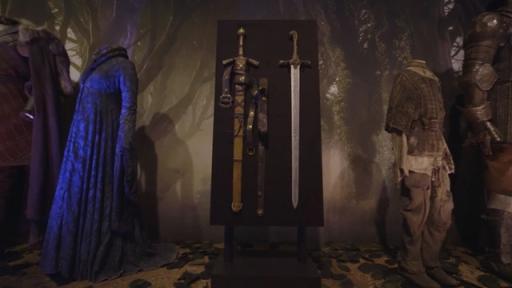 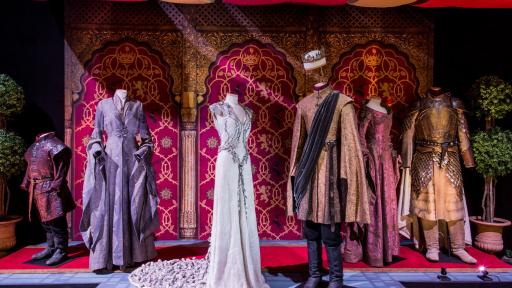 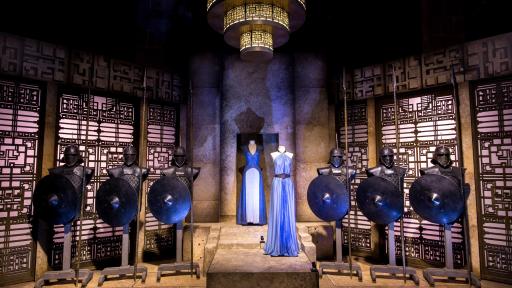 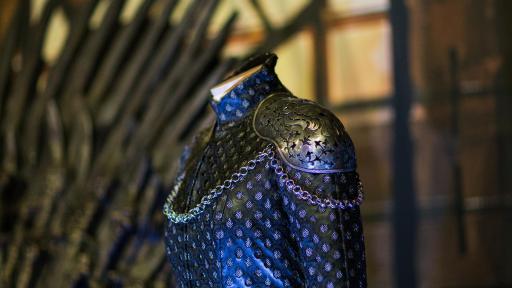 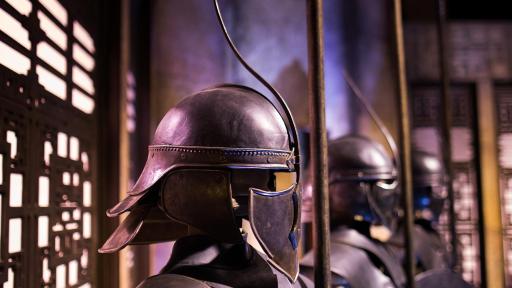 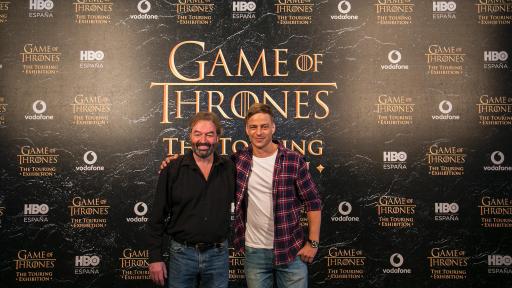 Fans of the series will recognize the breathtaking objects and enthralling artifacts from the screen, made real, and experience first-hand the artistry and craftsmanship that goes into the one-of-a-kind pieces showcased in this new 10,000-square-foot interactive experience. Each dynamically themed exhibition area will transport visitors to the world of GAME OF THRONES with a unique mix of immersive environments, interactives, and multimedia content set within a carefully curated collection of the most breathtaking items from the show.

GAME OF THRONES®: The Touring Exhibition Makes its Global Debut at the @MuseuMaritim starting October 28 Tweet

Visitors will be able to:

GAME OF THRONES: The Touring Exhibition makes its global debut at the Museu Marítim de Barcelona, starting 28 October, and tickets are available through www.gameofthronesexhibition.com.

About HBO Global Licensing
HBO Global Licensing officially licenses the HBO® brand for the development and merchandising of innovative product lines inspired by the network's award-winning programming. With products created around hit series like Game of Thrones® and Silicon Valley® as well as classic series like The Sopranos®, Sex and the City®, True Blood® and Entourage, items include fashion apparel, figures, jewelry, digital and CD soundtracks, prop and costume replicas, games, books, and beverages, as well as exclusive, premium collections in partnership with upscale, designer brands. Merchandise can be purchased in retail stores nationwide, at https://store.hbo.com, and at the groundbreaking HBO retail hub, the HBO Shop®, located at 42nd and 6th Avenue in New York City. HBO Global Licensing products are also sold internationally across Europe (www.hboshopeu.com), Asia and Australia.

About HBO España
HBO España is the first HBO branded destination in Spain and the latest in a long list of services bringing HBO’s renowned programming to international audiences. The premium Subscription Video on Demand service brings all seasons of hit series like Game of Thrones, True Detective and Girls to Spanish subscribers along with HBO classics like The Sopranos and Sex and the City. HBO España subscribers also have access to exciting new HBO series like Westworld and Divorce as well as the very best entertainment from other major programmers. The service provides a broad selection of blockbuster Hollywood movies and quality family fare as well as content from international film studios, local distributors and independent companies. HBO España has an exclusive partnership with Vodafone Spain, making it simple for Vodafone customers in Spain to access the streaming service via Vodafone TV or on their computers, smart phones and tablets. HBO España is a part of HBO Europe, currently in its 25th year of operating HBO television services that now reach 19 European countries. HBO Europe is wholly owned by Home Box Office, Inc., a subsidiary of Time Warner Inc. Worldwide, HBO branded networks bring HBO to over 60 countries reaching approximately 131 million subscribers. HBO's programming is sold into over 150 countries worldwide.

About Sold Out
Since its creation in 1995, Sold Out has directed its activity towards the production, promotion and organization of all kinds of live entertainment events, for promoters and companies as well as for the general public, creating unique experiences throughout all these years. Sold Out has organized in Spain some of the most important entertainment projects that have been carried out in our country in the last 20 years, from concerts to theater, through exhibitions, festivals and corporate events. Sold Out usually works abroad organizing tours and international shows. In 2017, Sold Out presented the international exhibitions “David Bowie Is” and “Björk Digital” in Barcelona and is proud to present this autumn the international debut Game of Thrones: The Touring Exhibition. For more information, visit: www.soldout.es

About Encore
Encore was created in 1987 by Pascal Bernardin and has since been a major player of the live entertainment business in France, presenting rock and pop artists (The Rolling Stones, Prince, Supertramp), family and Irish shows (Walking with Dinosaurs, Batman Live, Riverdance, Lord of the Dance°) and musicals (Mamma Mia!, Bagdad Café the Musical). Since 2008, Encore has developed the “edutainment” genre in France through different exhibitions: “Our Body The Universe Within”, “Days of the Dinosaur”, “Tutankhamon / His Tomb and His Treasures”, “Titanic The Exhibition”, and “Ice Age Exhibition”. In 2015, in partnership with DG Entertainment and Sold Out, Encore presented Violetta Live, the live version of the famous South American telenovela selling over 260,000 tickets in France and Switzerland and the LEGO® exhibition “The Art of the Brick” in Paris and Zurich. In 2016, in partnership with Firestarter, Encore presented in Brussels “Harry Potter The Exhibition” which draw over 340,000 visitors. In 2017 Encore presented “Dragonland the Exhibition” in Paris, and “Imagine Van Gogh”, an immersive exhibition in Grande Halle de La Villette in Paris.

GAME OF THRONES®: The Touring Exhibition