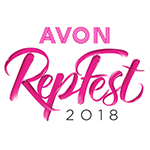 Avon Representatives From Across The Nation Celebrated At
Annual Repfest Convention In Columbus, Ohio

Avon Representatives were front and center during the conference as the brand unveiled its latest campaign catalog which honors and features Avon Representatives. From top-sellers to accomplished leaders, the first-of-its-kind catalog for the brand recognizes the Avon Representative community by highlighting the real people who are not only the cover models but also the role models. All Avon Representatives featured in the campaign attended RepFest and were celebrated for achieving their career goals having paved their own unique paths to success with the beauty brand.

“For over 130 years, Avon has empowered generations of women to achieve their full potential,” says Scott White, Chief Executive Officer, New Avon LLC. “With the rise of the sharing economy, hundreds of thousands of entrepreneurs across the country are coming to Avon for the freedom and flexibility, and for an opportunity that is simple, easy and fun. RepFest is our opportunity to share our commitment to our Representatives’ success by delivering the very best social selling tools, training and incentives, and an innovative beauty brand loved by millions of customers.”

“Every year, RepFest puts a spotlight on the power and pride that lies within our amazing Avon Representative community of women. They are the change makers, trailblazers, trendsetters and influencers who are defining the future of Avon,” said Betty Palm, President, Social Selling for New Avon LLC. “Avon Representatives come to RepFest for the inspiration and motivation to take their Avon business to next level and learn from some of our most successful Leaders in the company. We were thrilled to applaud our Representatives and celebrate their incredible stories of success.”

Successful real estate entrepreneur, Barbara Corcoran, took center stage as a keynote speaker, inspiring the crowd with words of wisdom about building their business and leading their teams to greatness. Corcoran shared her personal journey to success, offering strategies for overcoming barriers developed over the course of her career and sharing life lessons.

“In my opinion, entrepreneurs are the best kind of people. I love the entrepreneurial spirit of the Avon community and applaud every Representative for running their own businesses. People often ask me about the top advice I have for new entrepreneurs – and it is simply to just get out there without overthinking. Get started because it all starts with the first step.” said Corcoran during her remarks.

Avon also celebrated National Lipstick Day on July 29 at RepFest, by launching the Kiss Breast Cancer Goodbye Campaign in partnership with American Cancer Society Making Strides Against Breast Cancer. Approximately 1 in 8 women will be diagnosed with breast cancer in their lifetime, and awareness with education are imperative for potentially lifesaving early detection. To help grow the conversation, Avon is encouraging people to blow a kiss on their social media feeds, tag 8 friends and use the hashtags #KissBreastCancerGoodbye and #AvonMakingStrides. Thousands of Avon Representatives left their mark on a massive kissing wall in the convention center. Avon kissing walls will continue to make appearances at the American Cancer Society Making Strides walks across the country through the fall.

About New Avon LLC
New Avon LLC ("Avon") is the leading social selling beauty company in North America, with independent sales Representatives throughout the United States, Puerto Rico and Canada. Avon's portfolio includes award-winning skincare, color cosmetics, fragrance, personal care and health and wellness products featuring brands such as ANEW, Avon True Color, Espira, and Skin So Soft, as well as fashion and accessories. Avon has a 130-year history of empowering women through economic opportunity, and supporting the causes that matter most to women. Avon philanthropy has contributed over $1 billion globally toward eradicating breast cancer and domestic violence. Learn more about Avon and its products at www.avon.com. 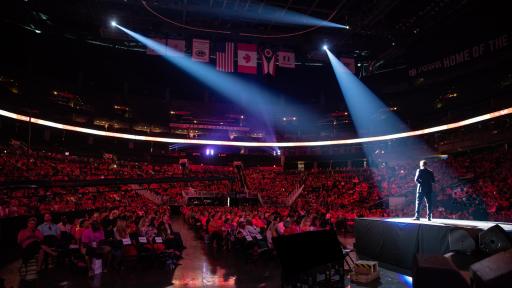 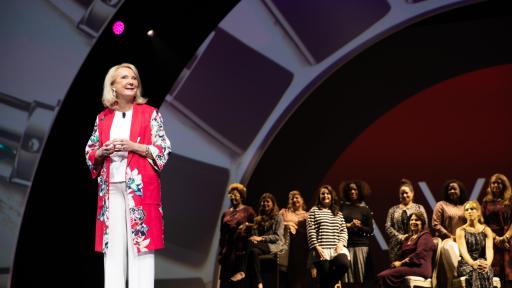 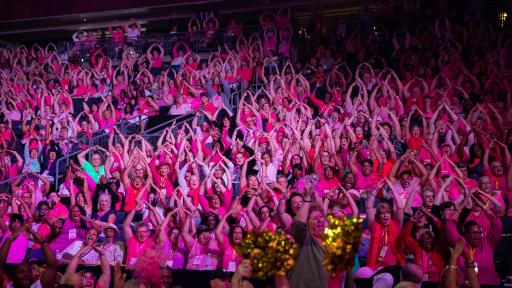 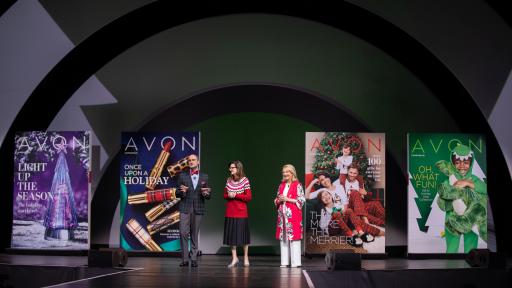 Barbara Corcoran inspires a crowd of thousands of Avon Representatives in a keynote presentation about building their business and leading their teams to greatness at Avon RepFest 2018. 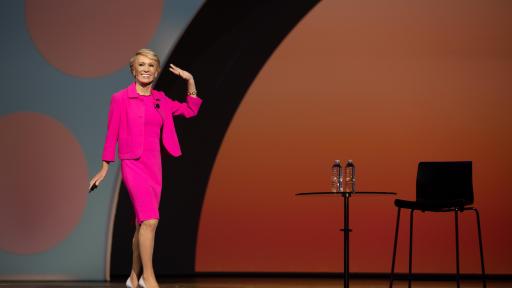 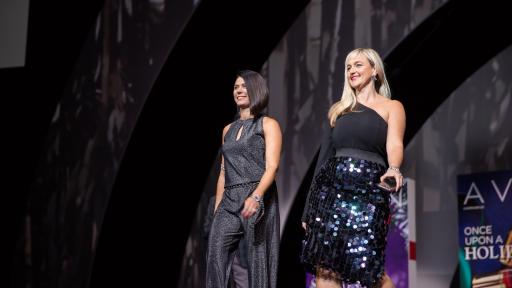 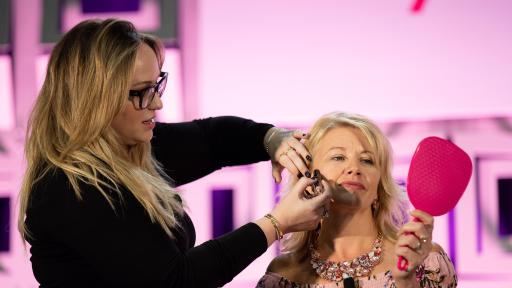 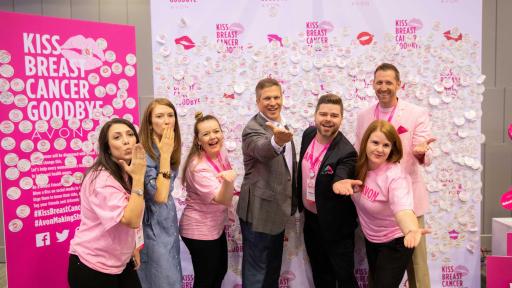 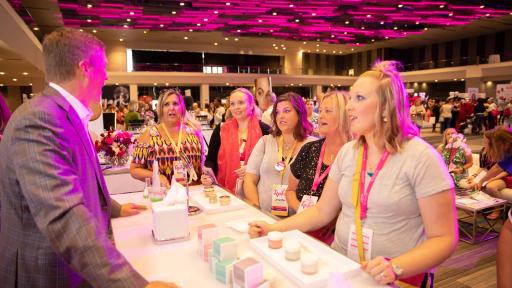