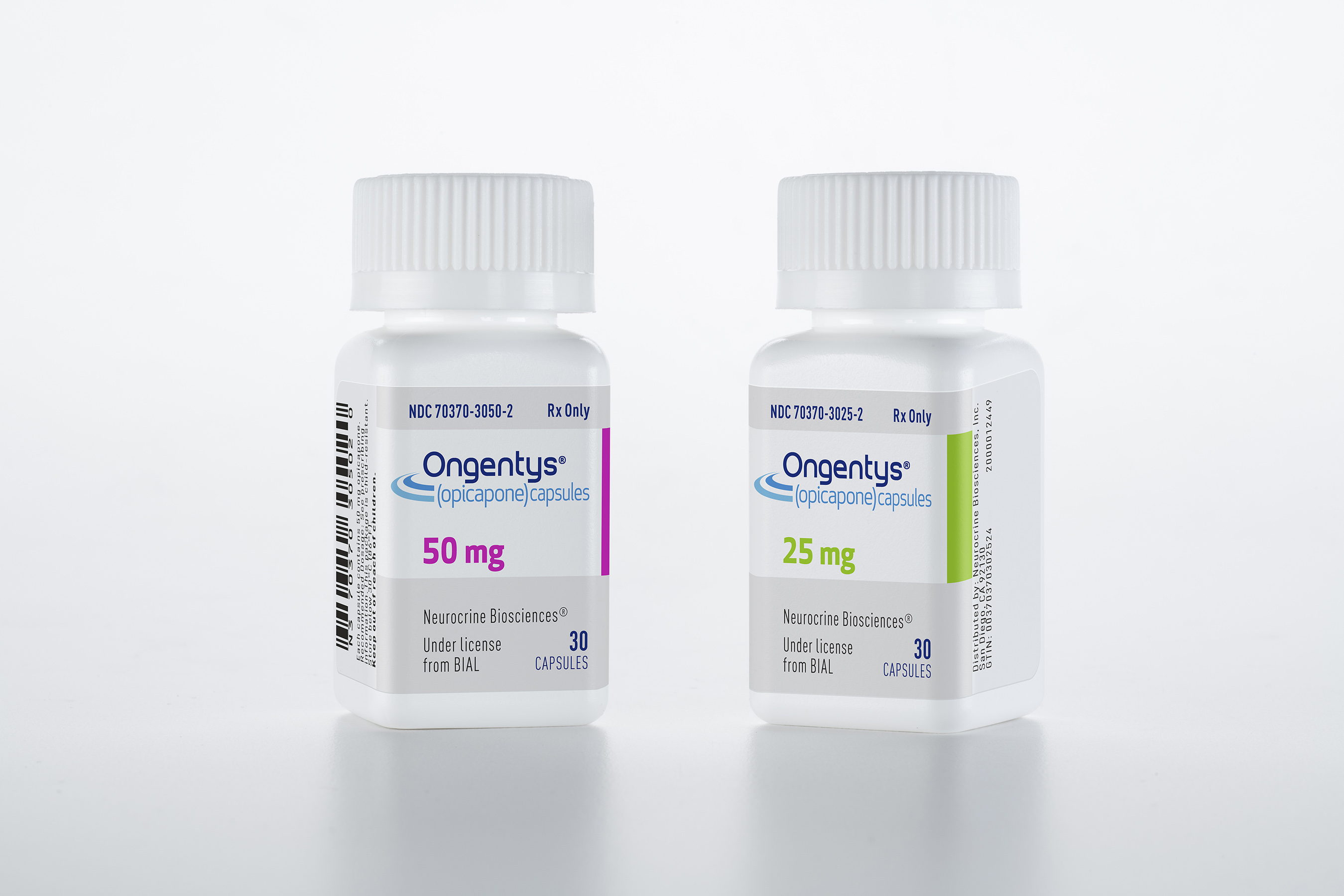 Neurocrine Biosciences Announces Once-Daily ONGENTYS® (opicapone) Now Available in the U.S. as an Add-On Treatment for Patients with Parkinson’s Disease Experiencing “Off” Episodes

San Diego, Sept. 14, 2020 – Neurocrine Biosciences, Inc. (Nasdaq: NBIX) today announced that 50 mg capsules of ONGENTYS® (opicapone), the first and only FDA-approved once-daily catechol-O-methyltransferase (COMT) inhibitor, are now available by prescription in the United States. ONGENTYS was approved by the U.S. Food and Drug Administration (FDA) on April 24, 2020, as an add-on treatment to levodopa/carbidopa in patients with Parkinson’s disease experiencing “off” episodes.

ONGENTYS is an oral, selective COMT inhibitor that helps block the COMT enzyme that breaks down levodopa, the gold standard therapy for controlling motor symptoms in patients with Parkinson’s disease. ONGENTYS helps protect levodopa by reducing its breakdown in the bloodstream, making more levodopa available to reach the brain.

The FDA approval of ONGENTYS is supported by data from 38 clinical studies, including two multinational Phase III clinical studies (BIPARK-1 and BIPARK-2), with more than 1,000 Parkinson's disease patients treated with ONGENTYS. In the BIPARK-1 trial, approximately 600 patients with Parkinson’s disease and motor fluctuations received one of three doses of ONGENTYS (5 mg, 25 mg or 50 mg), placebo, or 200 mg doses of the COMT inhibitor entacapone for 14 or 15 weeks. In the BIPARK-2 trial, approximately 400 patients received one of two doses of ONGENTYS (25 mg or 50 mg) or placebo for 14 or 15 weeks. Both studies included a one-year open-label extension. Data from both trials showed that ONGENTYS 50 mg significantly reduced “off” time from baseline to week 14 or 15 compared to placebo. “On” time without troublesome dyskinesia also increased from baseline to week 14 or 15 compared to placebo.

Pooled safety data from the BIPARK-1 and BIPARK-2 studies indicated that the most common adverse reactions across all patients treated with ONGENTYS (incidence at least 4% and greater than placebo) were dyskinesia, constipation, blood creatine kinase increase, hypotension/syncope, and weight decrease.

In June 2016, BIAL – Portela & CA, S.A. (BIAL) received approval from the European Commission for ONGENTYS as an adjunct therapy to preparations of levodopa/DOPA decarboxylase inhibitors in adult patients with Parkinson's disease and end-of-dose motor fluctuations who cannot be stabilized on those combinations. BIAL currently markets ONGENTYS in Germany, United Kingdom, Spain, Portugal and Italy. Neurocrine Biosciences in-licensed opicapone from BIAL in 2017 and has exclusive development and commercialization rights in the United States and Canada.

About Parkinson’s Disease
Parkinson's disease is a chronic, progressive and debilitating neurodegenerative disorder that affects approximately one million people in the United States and six million people worldwide. Parkinson's disease is caused by low dopamine levels produced in the brain. Dopamine helps transmit signals between the areas of the brain that control all purposeful movements, including talking, walking and writing. As Parkinson’s disease progresses, dopamine production steadily decreases, resulting in increased problems with motor symptoms including slowed movement (bradykinesia), tremor, rigidity, impaired posture and balance, and difficulty with speech and writing.

There is presently no cure for Parkinson's disease and management of the disease consists of the use of treatments that attempt to control motor symptoms primarily through dopaminergic mechanisms. The current gold standard for treatment of motor symptoms is levodopa/carbidopa. While levodopa/carbidopa improves patients' motor symptoms, as the disease progresses, the beneficial effects of levodopa begin to wear off more quickly. Patients then experience motor fluctuations throughout the day between “on” time, periods when the medication is working and Parkinson’s disease symptoms are controlled, and “off” time, when the medication is not working and motor symptoms return.

About ONGENTYS® (opicapone) Capsules
ONGENTYS is a unique once-daily, oral, peripheral, selective and reversible catechol-O-methyltransferase (COMT) inhibitor approved by the FDA as an add-on treatment to levodopa/carbidopa in patients with Parkinson’s disease experiencing “off” episodes. ONGENTYS inhibits the COMT enzyme, which breaks down levodopa, making more levodopa available to reach the brain.

Approved Use
ONGENTYS® (opicapone) capsules is a prescription medicine used with levodopa and carbidopa in people with Parkinson’s disease (PD) who are having “OFF” episodes.
It is not known if ONGENTYS is safe and effective in children.

Do not take ONGENTYS if you:

Before taking ONGENTYS, tell your healthcare provider about all of your medical conditions, including if you:

Tell your healthcare provider about all the medicines you take, including prescription and over-the-counter medicines, vitamins, and herbal supplements. Especially tell your healthcare provider if you take nonselective MAO inhibitors (such as phenelzine, tranylcypromine, and isocarboxazid) or catecholamine medicines (such as isoproterenol, epinephrine, norepinephrine, dopamine, and dobutamine), regardless of how you take the medicine (by mouth, inhaled, or by injection).

What should I avoid while taking ONGENTYS?

What are the possible side effects of ONGENTYS?
ONGENTYS may cause serious side effects, including:

Tell your healthcare provider if you experience any of these side effects or notice changes in your behavior.

These are not all the possible side effects of ONGENTYS.  Call your healthcare provider for medical advice about side effects.  You may report side effects to FDA at 1-800-FDA-1088.

Forward-Looking Statements
In addition to historical facts, this press release contains forward-looking statements that involve a number of risks and uncertainties. These statements include, but are not limited to, statements related to the benefits to be derived from ONGENTYS; the size of the potential market for ONGENTYS; the value ONGENTYS brings to patients; the timing of ONGENTYS's availability; the ability of Neurocrine Biosciences to ensure patients have access to ONGENTYS; our expectations regarding business and financial impacts of the COVID-19 pandemic, including with respect to ONGENTYS availability and the ONGENTYS commercial supply chain and other business operations; and whether results from ONGENTYS's clinical trial results are indicative of real-world results. Among the factors that could cause actual results to differ materially from those indicated in the forward-looking statements are: risks and uncertainties associated with the scale and duration of the COVID-19 pandemic and resulting global, national, and local economic and financial disruptions; risk and uncertainties related to any COVID-19 quarantines, shelter-in-place and similar government orders that are currently in place or that may be put in place in the future, including the impact of such orders on our business operations and the business operations of the third parties on which we rely; risks and uncertainties associated with Neurocrine Biosciences’ business and finances in general, as well as risks and uncertainties associated with the commercialization of ONGENTYS; whether ONGENTYS receives adequate reimbursement from third-party payors; the degree and pace of market uptake of ONGENTYS; risks and uncertainties relating to competitive products and technological changes that may limit demand for ONGENTYS; risks that additional regulatory submissions, for ONGENTYS or other product candidates, may not occur or be submitted in a timely manner; risks that the FDA or other regulatory authorities may make adverse decisions regarding ONGENTYS; risks that post-approval ONGENTYS commitments or requirements may be delayed; risks that ONGENTYS may be precluded from commercialization by the proprietary rights of third parties, or have unintended side effects, adverse reactions or incidents of misuse; risks and uncertainties relating to competitive products and technological changes that may limit demand for ONGENTYS; risks associated with the Company's dependence on BIAL for the commercial supply of, and manufacturing activities related to, ONGENTYS, and the ability of the Company to manage BIAL; and other risks described in the Company's periodic reports filed with the Securities and Exchange Commission, including without limitation the Company's quarterly report on Form 10-Q for the quarter ended June 30, 2020. Neurocrine disclaims any obligation to update the statements contained in this press release after the date hereof. 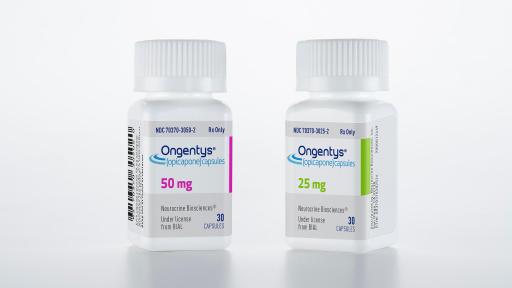 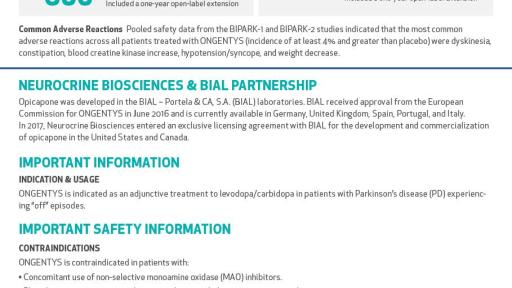 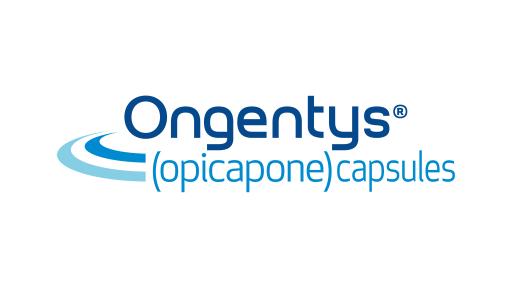 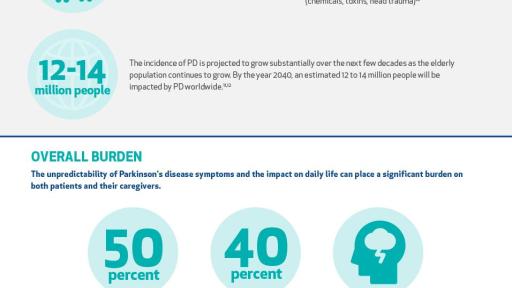 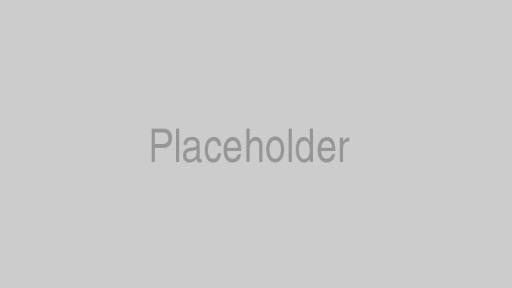 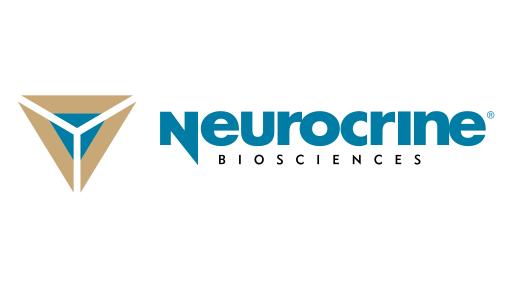 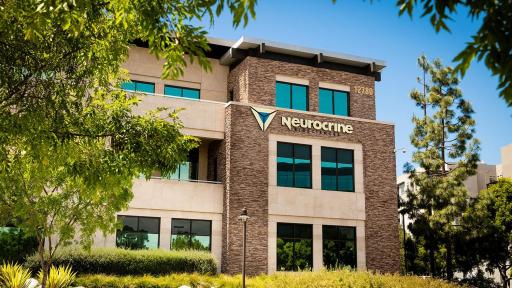