Beijing, Dec. 6, 2021 -- The inaugural ESG Global Leaders Summit was recently held in Beijing, at which Yuval Noah Harari, author of Sapiens: A Brief History of Humankind delivered a keynote speech on “Global Opportunities and Challenges for Sustainable Development”. He stressed that no one country can respond independently to global crises. International affairs require the cooperation of all countries.

The summit, themed “focusing on ESG development, exploring a low-carbon and sustainable new future”, was co-sponsored by Sina Finance ESG Channel and CITIC Press Group (SHE:300788). The event brought together more than 60 major political, business and academic leaders who care about the future of ESG to discuss 10 ESG-relevant topics, among them, ESG investment, sustainable development and low-carbon transformation. 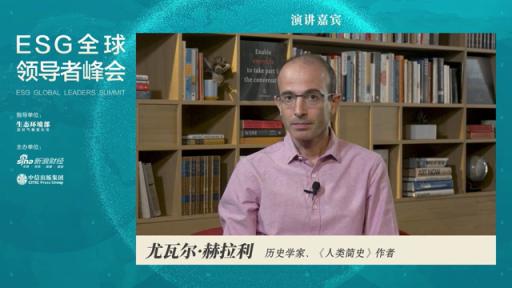 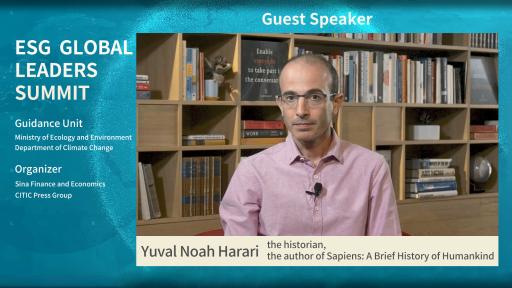 In fact, there is no natural contradiction between nationalism and globalism, between loyalty to one’s own country and international cooperation. The core of nationalism is to love and care for one’s compatriots, rather than hate foreign countries. And in many cases, to take good care of one’s compatriots will inevitably require global cooperation. Harari mentioned that, from the global responses to COVID-19, a good nationalist is sometimes also a good globalist that knows how to cooperate with others. No country will be safe as long as the virus spreads in other countries across the world. Once the virus has undergone mutations, it will come back in a much more vicious form. In the face of such a crisis, all countries are “communities with a shared future”. Epidemic prevention is an international matter requiring international cooperation.

Climate change is also a global crisis needing our common attention. No one country can solve it independently, even if the best ecological policies are adopted. If any country refuses to cooperate, all countries still need to bear the consequences of global warming and ecosystem collapse.

We have only one Earth, all countries should do their bit to protect it and cooperate on climate issues. Harari took the Tokyo Olympics Games as an example and pointed out that the Games, although, technically speaking, an inter-national competition, are in fact a deep cooperation among different countries. The Olympics are hosted under the premise that all countries agree on the rules of the competition. Admittedly, it is much easier to form a consensus on Olympic rules than on governing the climate crisis. But we need to realize that international cooperation is possible, and cooperation is the cornerstone for solving problems together.

“it is possible for humans to cooperate with each other as long as we realize that cooperation is not for others but for ourselves,” Harari concluded. “In the face of crises, if we cannot reach global cooperation, we will all bear the severe consequences.”

About CITIC Press Group
CITIC Press Group, affiliated with the CITIC Group, was founded in 1988 and announced its public listing by 2019. Committed to offering new insights and knowledge service to the public in social transition, leading and satisfying the diversified needs of the mass readers in knowledge and culture, CITIC Press Group expanded its businesses from books and videos, electronic publications and communications into chain bookstores, information and knowledge services, professional education and trainings, IP operation, value-added cultural service and so forth. By date, CITIC Press Group’s book publishing business scale has excessed over CNY 3 billion. For Years, CITIC Press Group has developed to the one of the most influential presses in the book market, forging numbers of bestsellers, keeping the leading role in the business, economics, and social science.