Tehran, 20th January, 2016/PRNewswire/- In the impressive conference center of the Milad Tower rising over Tehran’s roofs the 16th Energy Globe World Awards have been handed over in an international gala. Vice President Mrs. Masoumeh Ebtekar referred in her speech to the importance of such awards for outstanding environmental projects and their implementation. This event is the starting signal for intensified efforts concerning sustainability in Iran which is underlined by an expansion program for Renewables and energy efficiency. Also Maneka Gandhi emphasized that a sustainable change in our world can’t be achieved by talks or laws but only by taking action as showed by the Energy Globe submissions.

Nobel Peace Prize Laureate and presenter Prof. Munasinghe said: It is necessary that poor and rich countries take each other’s hand in order to exchange experiences and support each other.

3 nominees respectively from all 5 continents competed in the 5 categories Earth, Water, Fire, Air and Youth. The nominees have been chosen from around 2000 submissions from 177 countries.

A program from Ethiopia which makes arid soil fertile again won in the category Earth. A lighting project from the Philippines which lightens up the huts of the poorest by means of water bottles and bleach prevailed in the category Fire. In the category Water 2 winners were chosen: A project from Tehran implementing a holistic wastewater treatment plant for the 12 m city as well as a project from Tanzania in which water is sterilized and cleaned with do-it-yourself ceramic filters to become drinking water for thousands of people. The category Air showed a clear victory for a project from Switzerland which supplies branches of the chain by means of the first electric powered lorry worldwide. And in the category Youth the winner was a project from Belize allowing only young people to participate in a football tournament who have implemented an environmental project earlier.

The joy was great when the 2 overall winners were presented by Vice President Mrs. Masoumeh Ebtekar and Minister of Women & Child Development of India Mrs. Maneka Gandhi.

Representative for the developing countries the project from Ethiopia was chosen which shows how to make arid soils fertile again with appropriate know-how and commitment and therefore creating the basis for life.

For the industrialized countries the project from Iran won in which wastewater is recycled, energy is produced, agricultural land is created and emissions are reduced in a single process.

The Energy Globe World Award was a celebration for the environment, a venue for successful environment protection and a global departure into the century of sustainability. 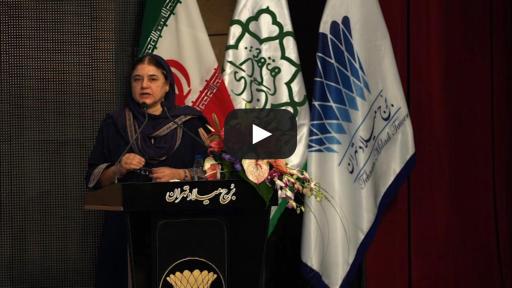 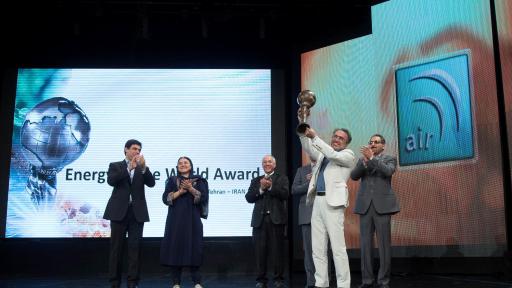 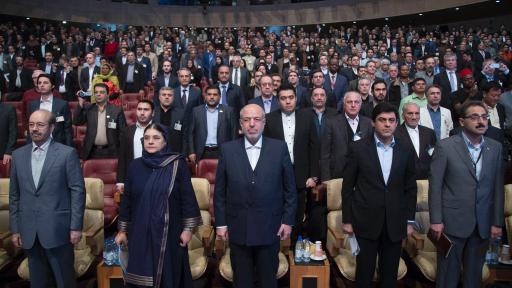 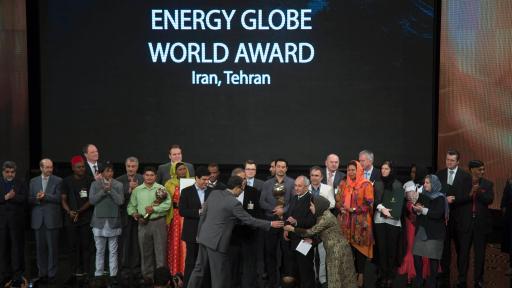 Energy Globe - The Award and Platform for Environmental Sustainability