It is amazing to think of the undiscovered treasures that are lurking in attics, cellars and barns around the world, following Campen Auktioner’s recent discovery of more than 50 Renault automobiles in a barn on the Danish island of Funen in January this year.

Although many of the cars are non-runners, they were carefully prepared and waxed before being placed into storage for almost five decades. The Danish collection bears all of the call signs of a dedicated enthusiast with a great passion for Renault and their contributions to the families of the fifties, sixties and seventies.

The owner of this amazing discovery, Anker Krarup, calmly maintains that his collection is a consequence of pure coincidence; it began very simply when he decided to upgrade from a bicycle to an automobile in 1968. He chose the Renault 4CV because he once sat at a dinner table with a man whose wife drove the same model. Despite having a broken heater, and later a broken engine, the 4CV was repaired and used for many years- it even helped Krarup to woo his wife-to-be along the way.

In 1980, Krarup replaced the 4CV with a Dauphine but decided to keep hold of his first automobile. This was a pattern which would repeat itself for many years to come. When owners thought their cars were in need of trading, Krarup bought them. His Renault count grew steadily and, as it approached sixty cars, it occupied several barns. Over the years, Krarup, and his wife Marianne and their boys, travelled many miles in their Renaults but grew uncomfortable with the fact that many of the stored cars were no longer roadworthy.

They both firmly believed that such automobiles deserved to be driven and so the Krarups finally decided to put the entire collection up for sale, in the hope that the new owners would restore the cars to their former glory.

There was also renewed interest in classic Renaults in Denmark earlier this month, when the Danish national Kevin Magnussen won a race seat for the French Renault team's return to Formula 1. This added interest could attract a large crowd for the auction, as nowhere else will enthusiasts find such a large collection of Renaults for sale all at once.Campen Auktioner in Randers, Denmark will sell the collection at the traditional auction of special and classic cars to be held on Palm Sunday on March 20, 2016, where the many Renaults will be the main attraction.

Campen Auktioner is one of the most versatile auction houses in the world and has undertaken auctions of all types and sizes. This includes both online and offline auctions; providing auctioneers for corporate events, fairs and charity auctions; bankruptcy auctions; terminal auctions of surplus goods; and specially-themed auctions of rare, historical or highvalue stock.

There are no limits to what Campen Auktioner can sell, or who for, and all enquiries are welcome.

A quick sneak peak through the barn in Odense, Denmark 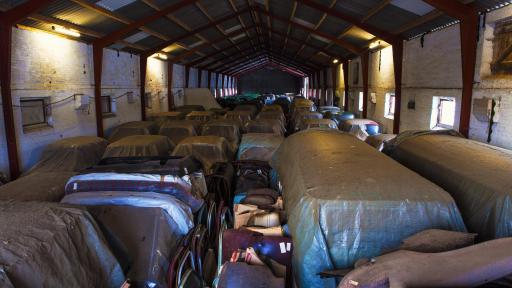 Marianne and Anker Krarup at the start of their collection 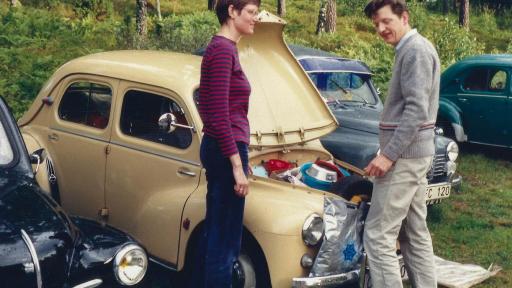 All the Renaults lined up at the acution house in Randers 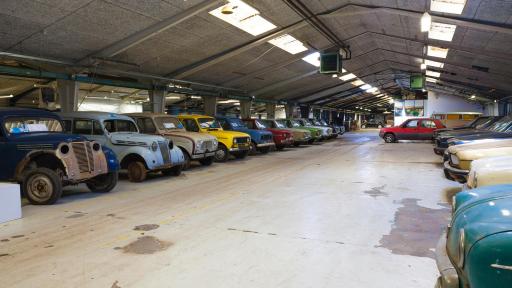 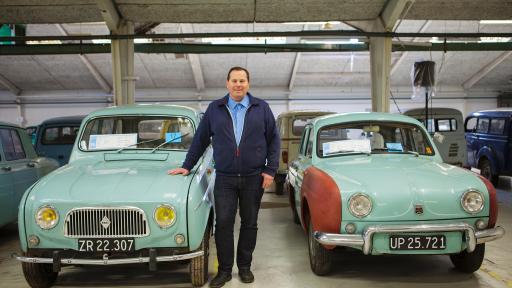 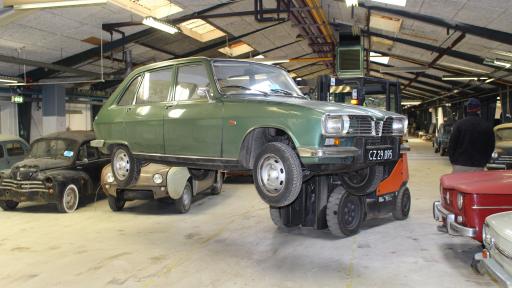