Astana, Kazakhstan, May 2016 – The annual East-West debates of the Eurasian Media Forum (EAMF) closed here with an announcement that the next meeting will take place within the context of Kazakhstan’s world exhibition, Astana EXPO-2017, on June 22-23 next year.

The Forum will be held at one of the platforms of the exhibition in the capital of Kazakhstan, The Chairperson of the Forum’s Organizing Committee, Dariga Nazarbayeva, announced at the end of the Forum.

This year’s Forum, the 13th in a series, brought together more than 550 delegates for three days, from April 20-22, in the heart of Central Asia to discuss the most pressing current issues.

Summing up at the final session, Dr Nazarbayeva said all the harsh developments taking place in the world today were caused not by a conflict of civilizations, but by the process of adaptation of different civilizations, getting used to each other.

"It is a painful, dramatic and long process. It may take several more generations before human civilization reaches a common path of harmony, mutual understanding and peace. There is no other way. We shouldn’t build walls, but destroy them. No country can survive in isolation, especially when digital communications, the Internet, encourage people to seek a better life. And it makes governments look for new revenue sources, create new jobs," she added.

The total number of delegates attending the XIII Eurasian Media Forum was 567, including 248 from foreign countries. The discussions involved 48 speakers and experts, as well as interventions from the floor. Representatives of 185 media, including 82 foreign and 103 Kazakh, took part. 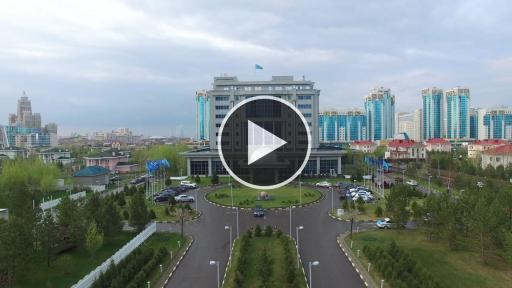 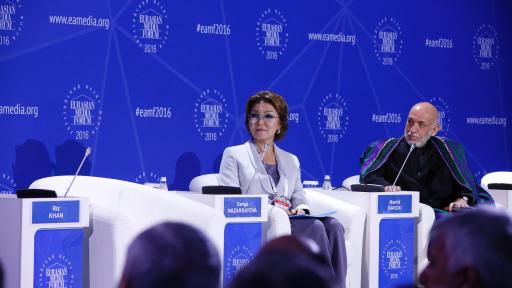 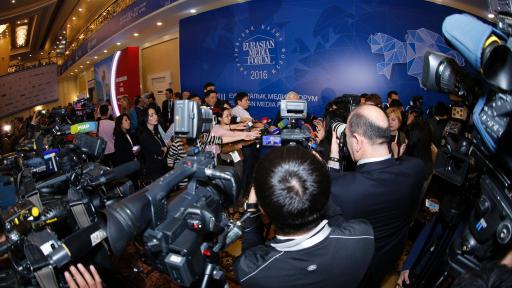 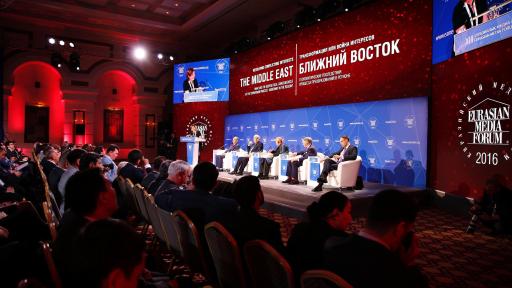 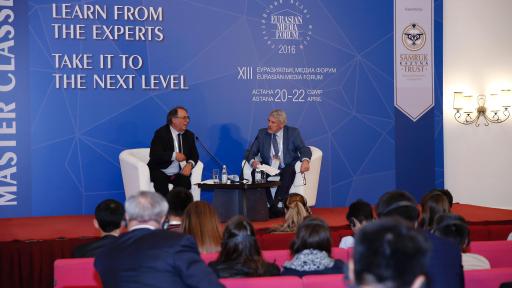 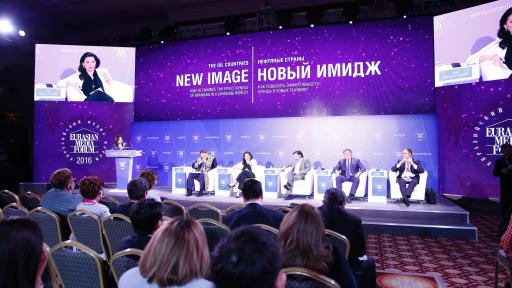 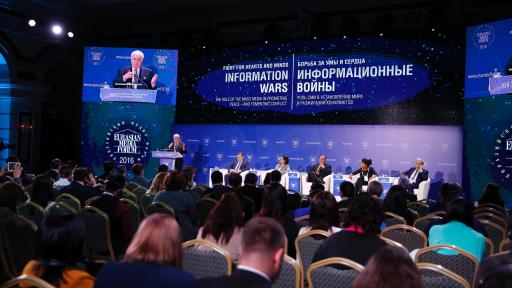 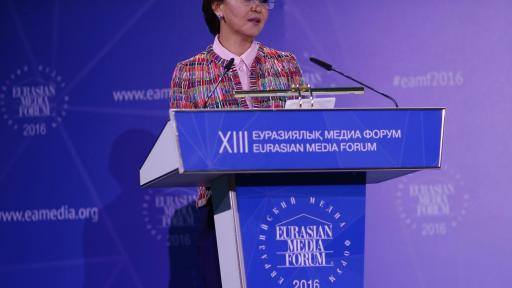 Welcome address by the former President of the Islamic Republic of Afghanistan H.E. Hamid Karzai at the XIII Eurasian Media Forum Opening 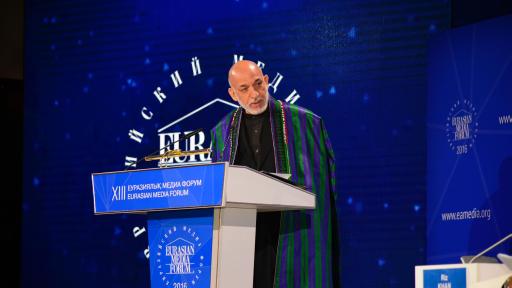 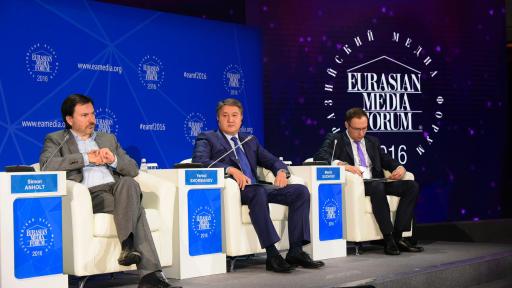 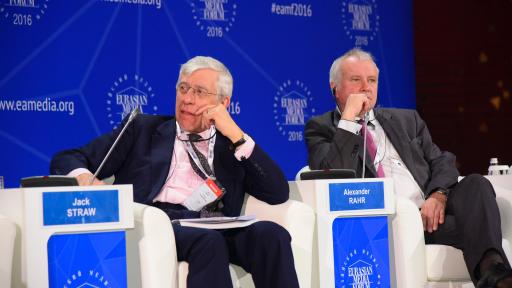 The Forum comprised six sessions on topical items on the international news agenda, such as:

Another unique feature of the XIII Eurasian Media Forum was a large number of master classes, lectures and seminars by top speakers outside the plenary sessions.

The EAMF was founded on the initiative of Dariga Nazarbayeva in 2002 as a non-political and non-profit organization dedicated to open discussion of topical issues and problems affecting East and the West. Over the years the Forum has expanded the boundaries of its interests beyond the Eurasian continent, as a calling card of Kazakhstan, a unique interactive world-class platform, which annually gathers more and more influential participants.