In an unexpected take on this symbol of footballing genius, Pepsi MAX has brought together a diverse mix of athletes to amaze fans with a volley goal spectacle ahead of the UEFA Champions League Final

London, England, Thursday 19 May - #MAXFOOTBALL – Celebrating one of the most thrilling elements of the world’s biggest sport, Pepsi MAX® launches “Volley 360” – an unexpected take on the genius of the football volley. Pepsi MAX has assembled a diverse mix of athletes to put an original stamp on the move for a truly genius feat that will excite and amaze football fans and players alike in the build-up to the UEFA Champions League Final.

As the ultimate moment of excitement for fans, a perfectly-executed volley is a mark of players’ genius and a source of thrill in the game. A brand steeped in football, Pepsi MAX challenged semi-pros, freestylers, parkour experts and gymnasts to daringly enter a custom circular pitch to take on the ball – which could come from any angle, at any speed, at any time. Showcasing a dazzling array of skill and agility to score the most extreme goals, this unique contest brings the qualities behind the genius of a volley to the fore – speed, athleticism and ingenuity – with a spectacular results:


“Widely regarded as a mark of outstanding footballing talent, the volley has provided many jaw-dropping moments in the UEFA Champions League history from many of the sport’s most legendary players,” said Mauro Ribo, Pepsi Marketing Director, PepsiCo Western Europe. “The Pepsi MAX ‘Volley 360’ celebrates and elevates this genius feat as we look to excite fans and charge their passion leading into the most watched annual sporting event in the world, the UEFA Champions League Final.”

Peter Willems, UEFA’s Head of Marketing Activities & Sponsorship, commented, “Recognised by football fans across the world as an unparalleled mark of footballing virtuosity, the volley is the ultimate thrill during a match. The UEFA Champions League has been home to many of the most lauded volleys in football history and we are excited that Pepsi MAX has chosen to celebrate this moment of genius with our fans through the Pepsi MAX ‘Volley 360.’”

Pepsi MAX will excite fans making the trip of a lifetime to Milan for the UEFA Champions League Final with a chance to experience the ultimate volley challenge. Supporters will be able to enter the Pepsi MAX Maximum Football arena (from Thursday 26th May - Sunday 29th May at Piazza Castello) to perform perfect volleys whilst being challenged by light, noise and environmental obstacles. The daring fans will then be able to share real-time or slow motion videos of their efforts on social networks with #maxfootball.

Those visiting the Pepsi MAX stand at the UEFA Champions League Festival will be able to enjoy the ultimate mixology experience at the ‘Maximum Taste’ bar where fans will be able to soak in the atmosphere whilst enjoying refreshing cocktails. The party continues in Milan’s iconic Piazza del Duomo where Pepsi MAX brings fans memorable music performances, including the legendary DJ Benny Benassi. 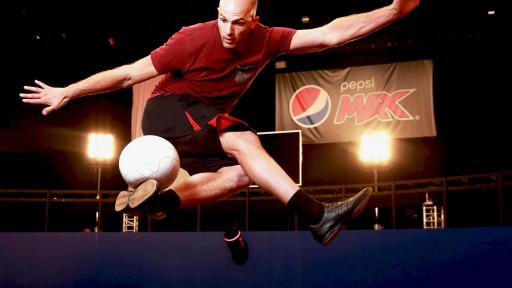 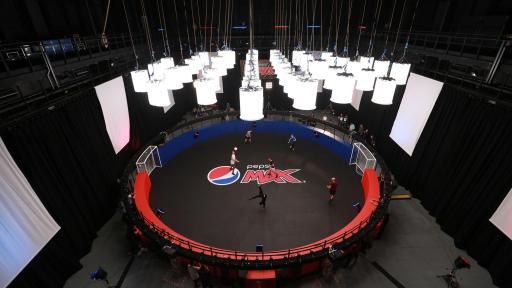 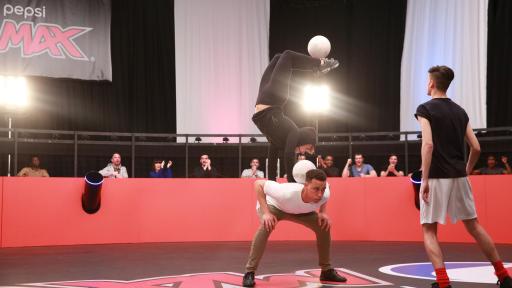 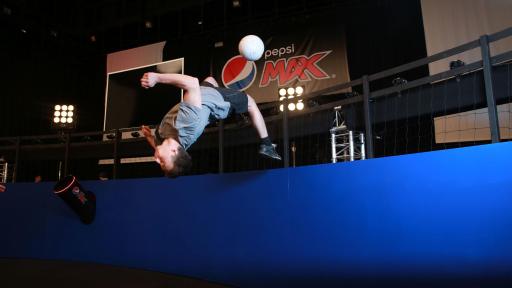 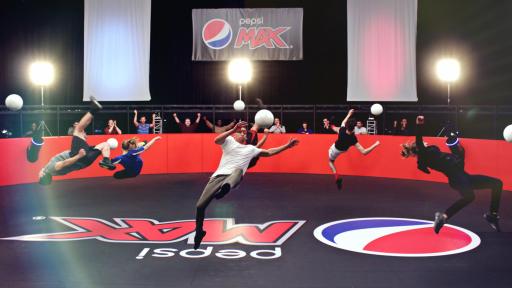 Notes to Editors:
About PepsiCo

PepsiCo products are enjoyed by consumers one billion times a day in more than 200 countries and territories around the world. PepsiCo generated more than $63 billion in net revenue in 2015, driven by a complementary food and beverage portfolio that includes Frito-Lay, Gatorade, Pepsi-Cola, Quaker and Tropicana. PepsiCo's product portfolio includes a wide range of enjoyable foods and beverages, including 22 brands that generate more than $1 billion each in estimated annual retail sales.

At the heart of PepsiCo is Performance with Purpose – our goal to deliver top-tier financial performance while creating sustainable growth and shareholder value. In practice, Performance with Purpose means providing a wide range of foods and beverages from treats to healthy eats; finding innovative ways to minimize our impact on the environment and reduce our operating costs; providing a safe and inclusive workplace for our employees globally; and respecting, supporting and investing in the local communities where we operate. For more information, visit www.pepsico.com.

Dan Cutting (Football Freestyler): “Volleys are uniquely special, genius moments in football. They require great technique, an excellent crisp shot and an accurate soar to the top corner of the goal. The unique Pepsi MAX ‘Volley 360’ arena will allow us to demonstrate some incredible moves which I hope will excite football fans across the globe in an unexpected way.”

Will Sutton (Parkour/Free runner): “The discipline needed for Parkour mirror the qualities required for executing the perfect volley, so it’s ingenious of Pepsi Max to think about showing this in a way that brings something original to the art of the volley and the game of football.”

Charlotte Lade (Football Freestyler): “I’m thrilled to be taking part in the Pepsi MAX ‘Volley 360.’ I’ve thought up some fantastic moves that I can’t wait to show for the first time. I think it will really bring the genius of the volley to the fore in a fresh way.”

Marc Cumberbatch (Football Freestyler): “Pepsi MAX is one of the most recognizable brands associated with football. They always bring something fresh to the game. And I plan to, too. It’s thrilling to be a part of the Pepsi MAX ‘Volley 360’ and show fans this unexpected twist on the volley.”

Jesse Evison (Football Freestyler): “I’ve watched in awe at some of the volleys scored by footballing legends in the UEFA Champions League and am excited to have the opportunity to make a new kind of history with Pepsi MAX in the Pepsi MAX ‘Volley 360’ arena.”

Erin Jameson (Gymnast): “It might be unexpected to see a gymnast playing football but that is exactly what the Pepsi MAX ‘Volley 360’ is trying to do – something unexpected, taking the volley and turning it on its head. Scoring a volley is genuinely such an amazing feeling! Knowing you’ve got control of the ball and you’ve shot it in the right direction, while flipping upside down is pretty mad! I’m delighted to be involved.”