Share on FacebookShare on Twitter
ShareShare
A short film that gives you a glimpse of MS Dhoni, the Indian Cricketing Legend and his asli yaari as he goes back to meet his closest friends in his hometown, Ranchi. 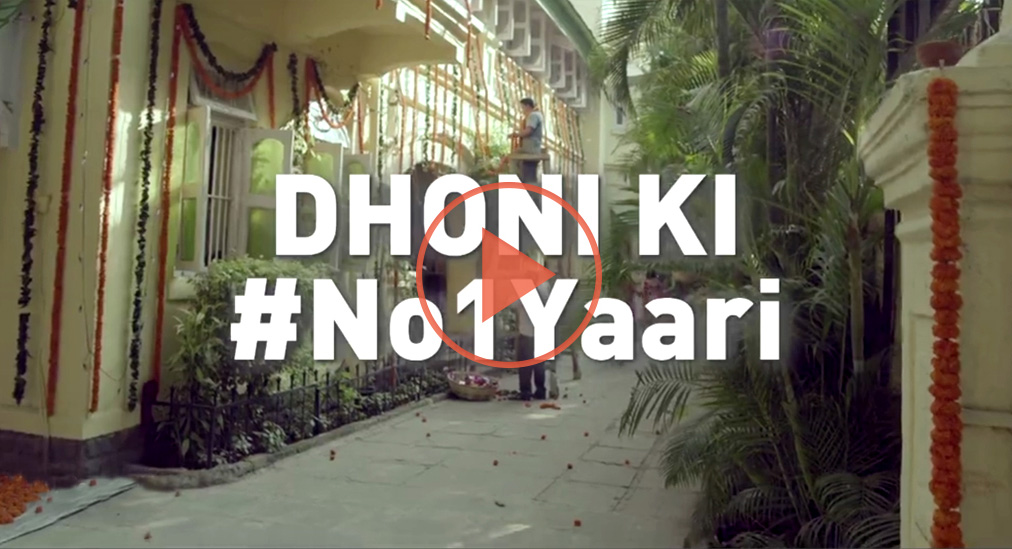 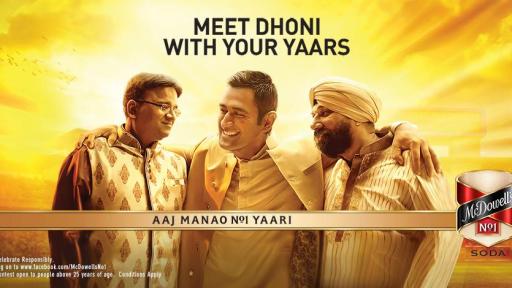 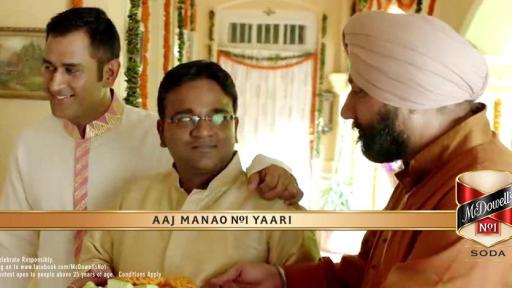 Bangalore, 19 August, 2016 - McDowell’s No1 Soda celebrates the bonds of true friendship in a unique and soul stirring video with MS Dhoni (Mahi) and his childhood friends (yaars),who have come together for the first time to show the world their #No1Yaari that has transcended through the years.

The trio from Ranchi, have been together through thick and thin, and never resist celebrating their asli yaari at every opportunity they receive. Mahi and his friends have seen each other through all the hardships and successes and have always stood by each other’s side.

Read More
A short film that gives you a glimpse of MS Dhoni, the Indian Cricketing Legend and his asli yaari as he goes back to meet his closest friends in his hometown, Ranchi. 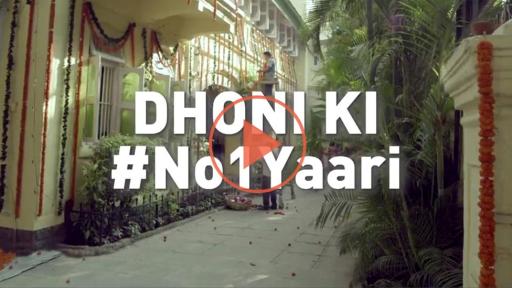 The video made by DDB Mudra, Bangalore captures them reminiscing their childhood and early years of friendship through photographs, a fun game of ‘gully cricket’ using tin cartons as the makeshift wickets and cracking jokes amongst each other while playing pranks on others.

Their #No1Yaari was not only about the difficulties but also about the silly moments they share with each other, inside jokes and laughter that radiates through each one of them when they are together.

“A lot has changed over the years but one thing that has remained constant and by my side is my true friendship. Even though we are not able to meet each other very often, but whenever we do, we start from where we last left. Over the years this bond of brotherhood has only become stronger. This video by McDowell’s No1 Soda rebuilds our priceless moments and makes me cherish my yaari even more,” says MS Dhoni.

Arun Pandey, a close friend, confidante and chairman of Rhiti Sports Management, the company that manages MS Dhoni said, "I always believe that true friendship gives you courage and confidence. We are very happy at how this fantastic Yaari video beautifully expresses the nuances of MS's deepest real life friendships. During the initial brainstorming session, my suggestion to include MS's childhood friends in the video (except me) was accepted unanimously. I am sure this video will always have a special place in the hearts of MS's fans and admirers worldwide."

McDowell’s No1 Soda is also running a contest where the lucky winners who comment on the video will get a once in a lifetime chance to meet the MS Dhoni with their No1 Yaars to celebrate their friendship.

About ‘No1Yaari’ campaign by McDowell’s No1 Soda

McDowell’s No1 Soda by United Spirits Limited - A Diageo group company has long been celebrating the bonds of brotherhood and bringing close friends together. In 2014, McDowell’s No1 Soda launched the ‘No1Yaari’ campaign with a 7-minute digital short film which has garnered over 11 million views and features a truly heart-warming song by Mohit Chauhan to honour those cherished, meaningful friendships that enrich our lives.

Be among the first to catch a glimpse of MS Dhoni back in Ranchi with real, pure & heartfelt moments with his yaars Tweet

Connect with McDowell's No1 Soda