Stockholm & New York, 29th September, 2016 / - Swedish auction house, Stockholms Auktionsverk is delighted to have been commissioned to handle one of the most important sales in its 342-year history – the IngaBritt & Arne Lundberg Collection. "The collection features an extraordinary bouquet of artworks by some of the most important names in twentieth-century art history" says Niclas Forsman, CEO of Stockholms Auktionsverk.

Arne Lundberg – Managing Director of Fortia, the parent company of pharmaceutical company Pharmacia and his wife IngaBritt are perhaps best known for their work through the IngaBritt & Arne Lundberg research foundation. With almost a billion Swedish kronor in equity, this foundation is devoted to promoting medical science research, primarily in the fields of cancer, kidney disease and orthopaedics.

What few people know, however, is that the Lundbergs shared a great passion for and interest in art. After a good deal of research, Stockholms Auktionsverk has determined that the Lundbergs were autodidacts in the area of art collection. The conclusion is thus that working purely on feeling, they made a series of inspired purchases from galleries and art dealers during their regular journeys through Europe. Their art collection, which features 19 significant works of the finest international calibre including Wassily Kandinsky, Yves Klein, Max Ernst, René Magritte, Victor Vasarely, Raoul Dufy, František Kupka and Jean Fautrier.

The absolute highlight, however, is without doubt Kreis u. Fleck by Wassily Kandinsky, one of the greatest, most trailblazing artists of the 1900s. The work stems from 1929 during the artist’s significant period as a leading member of the Bauhaus School in Weimar and Dessau (1922–1933). Kandinsky, who is considered to be one of the finest proponents of the abstract movement, developed the abstract approach in works including the book of art theory entitled Über das Geistige in der Kunst (Concerning the spiritual aspect of art), in which he combines various facets of spiritualism with strict formalism.

The painting was previously owned by the influential Sidney Janis Gallery in New York, and it has been exhibited in a range of museums and galleries around the world, including the San Francisco Museum of Modern Art, Kunsthalle in Bern, the Palais des Beaux-Arts in Brussels, the Galerie Beyler and Galerie Möller in Basel, and Marlborough Fine Art in London. 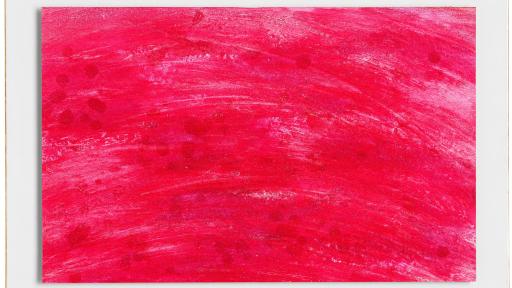 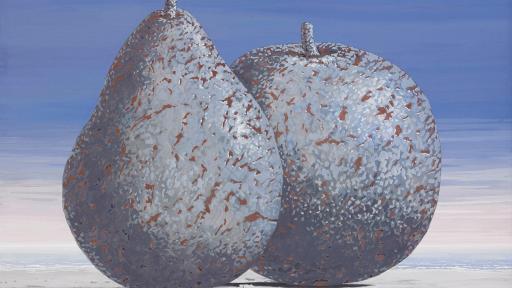 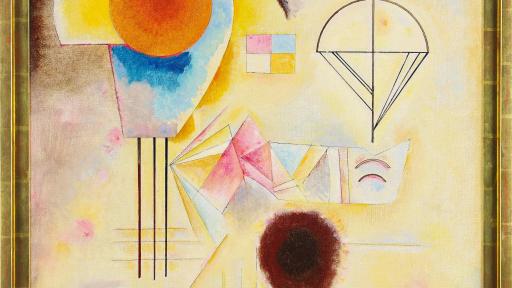 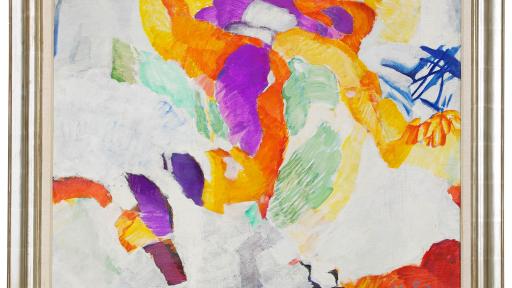 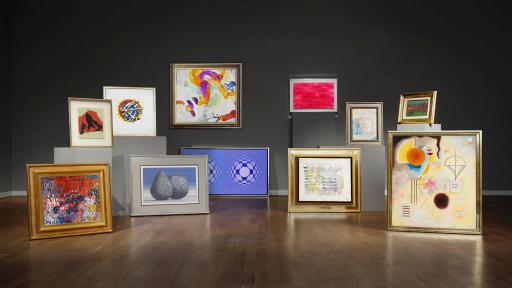