Designing and constructing the One Main wooden interior in Boston, USA is a showcase for an untypical use of Kerto® LVL (laminated veneer lumber). The entity of wavy wooden surfaces is built entirely from cross-bonded Kerto LVL panels that are usually used in structural components.

The project’s principal architect Mark Goulthorpe from dECOi Architects, and a professor at nearby MIT, offered a proposal with greatly streamlined building methodology, where the usual multi-trade, multi-component legacy of late-industrial production was surpassed in a unitary CAD-CAM logic.

“One Main makes evident that radically sustainable architecture needn’t be dull, but on the contrary could open up the building industry to remarkable new formal sophistication,” Mark Goulthorpe says.

Technical advantages and availability led to the choice of Kerto® LVL

Metsä Wood’s cross bonded Kerto-Q LVL is typically used as a structural component. However, the One Main office in Boston is an example of a completely different use for the product.

dECOi Architects chose Kerto-Q LVL as building material due to its’ thickness and because it came in big sheets. The material was relatively inexpensive, relatively gap-free, and there was not a huge wait-time for the product. It was a pragmatic choice to balance costs, fabrication, and aesthetics. The greatest benefit for Kerto LVL was that its’ raw material is sustainably grown, and that as a large laminated sheet, it lends itself to milling that yields a good, strong edge. Given the laminated mass, it can look extremely seductive.

The existing office tower was a 1970s concrete slab building with hermetically sealed windows and full air conditioning. There was plenty of structural redundancy to hang the quite lightweight ceiling panels from the roof slab.

The functional office space is, as it were, “trapped” between two active surfaces - the floor and ceiling - which are each “animated” by functional attributes such as vents or light cowlings. The base spatial arrangement is established by the gathering-up of the floor into a reception desk, or by the pull of the ceiling down to ground for structure, or up to the sky for light.

Every part for the One Main interior was fabricated off-site by a small mill working company with one powerful 3-axis CNC machine. The design algorithms divided up the architectural forms into discrete elements that could be nested onto 12ft x 4ft sheets, and all the nesting was automated and optimized by the architectural team. The parts were milled with dowel holes so they could be easily located spatially by the millworkers without requiring much other than sequencing correctly, alignment and gluing or nailing.

The goal was to minimize labor on site, and to a large degree this occurred as larger and larger finished parts were delivered to site – e.g. entire office floors, or the reception desk shipped as completed elements that were merely positioned on site.

It was imperative to streamline the actual milling process for speed and economy. All visible elements of the design have been fabricated as stacked sectional elements cut from flat Kerto LVL sheets.

The ceilings, walls, floors and static furniture have all been made as striated ply laminated elements, with functional elements such as ventilation grilles, light pockets, and door handles formed directly by milling the mass of wood.

The architects handed over actual milling files for fabrication, already nested onto some 1200 Kerto LVL sheets to minimize waste, which were the actual cutting instructions then issued digitally to the numeric command machine.

In a material sense, the One Main project assumes a radical environmental agenda, using a sustainable and carbon-absorbing raw material, translated efficiently into refined and functional elements via dexterous low-energy digital tooling. With another choice of material, e.g. if dECOi had reduced the thickness of the plates from Kerto-Q LVL, or the sheet size, the milling time and cost would have increased exponentially. 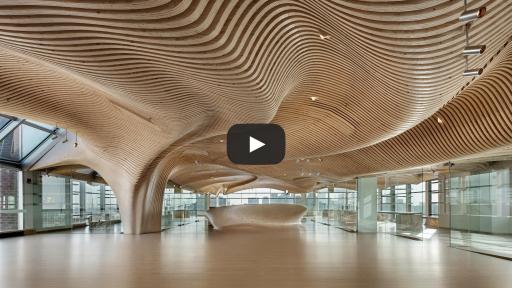 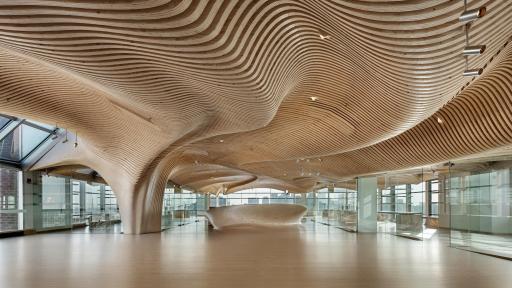 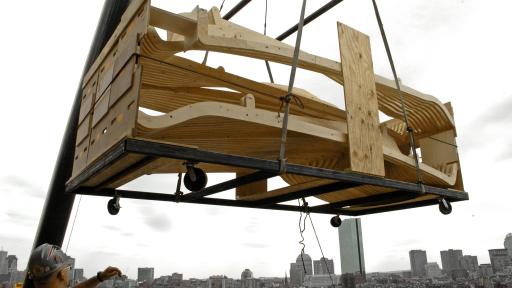 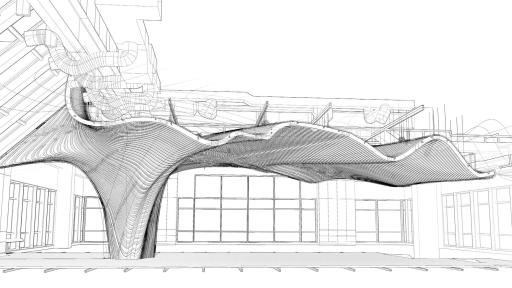 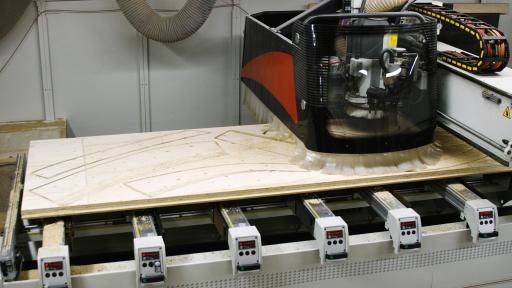 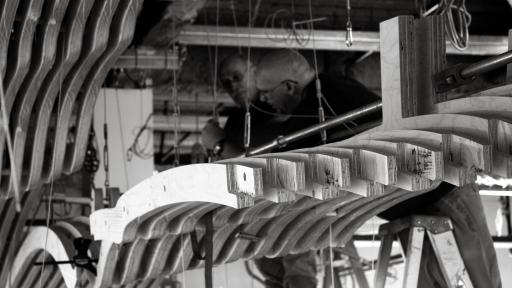 Exceptional use of Kerto® LVL panels 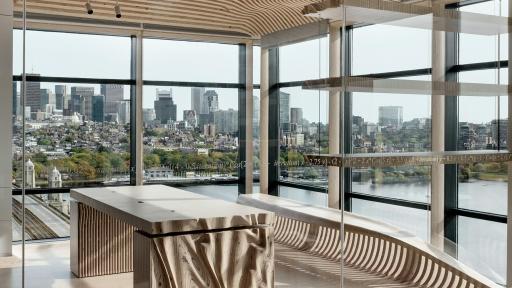 One Main project in a nutshell:

Experience the One Main office renovation with wooden interior in Boston at www.metsawood.com/publications.

Metsä Wood provides competitive and environmentally friendly wood products for construction, industrial customers and distributor partners. We manufacture products from northern wood, a sustainable raw material of premium quality. Our sales in 2015 were EUR 0.9 billion, and we employ about 2,000 people. Metsä Wood is part of Metsä Group.