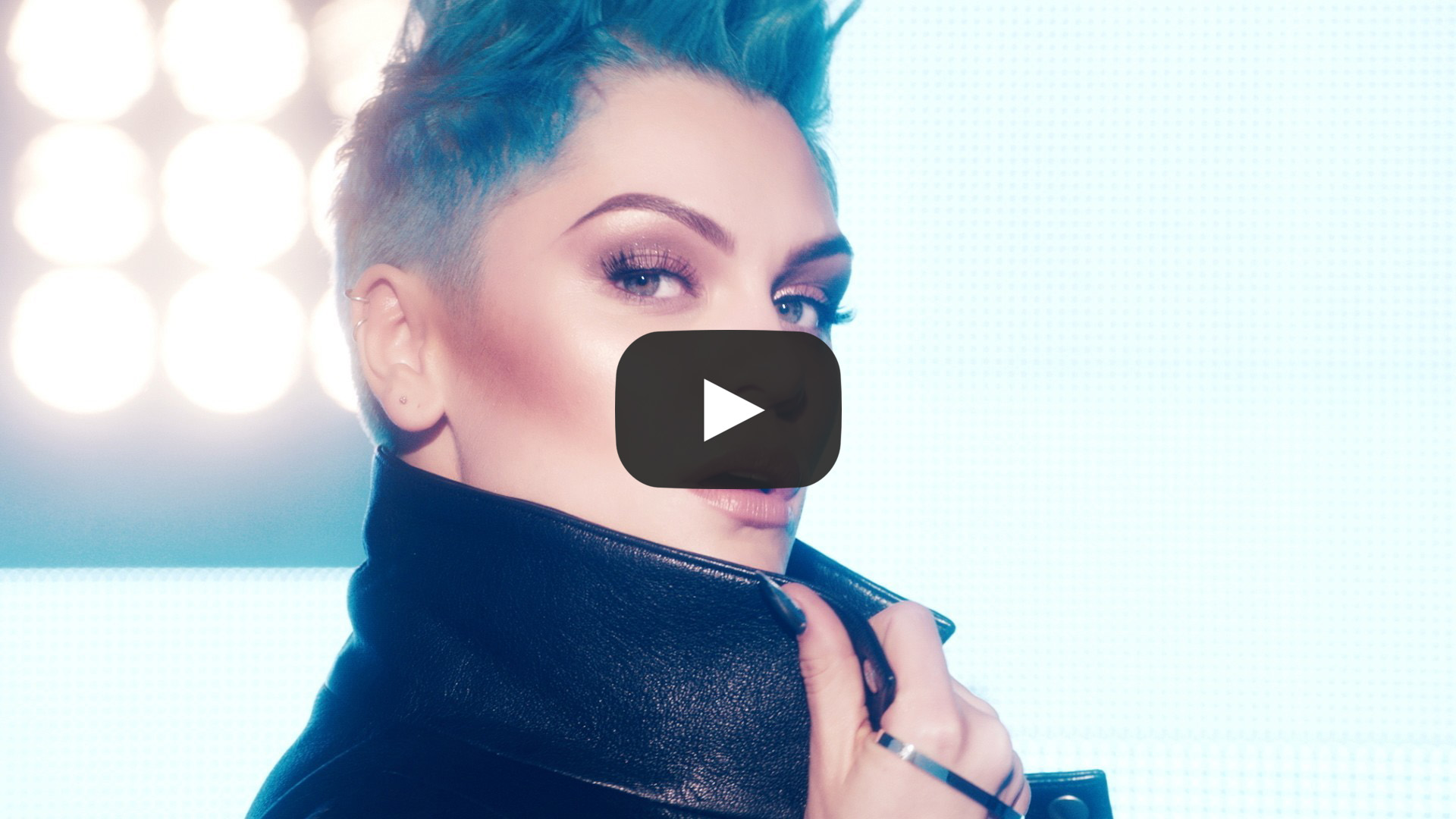 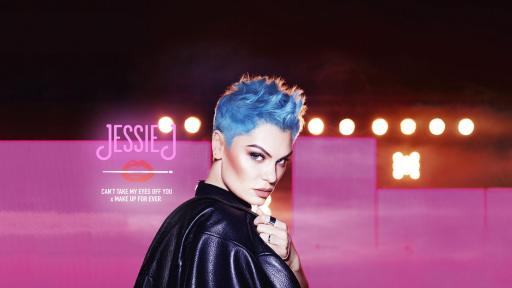 PARIS, December 2nd, 2016 - MAKE UP FOR EVER announces a global artistic collaboration with the iconic superstar and artistic chameleon JESSIE J. MAKE UP FOR EVER’s ARTIST lip and face collection, with several launches slated throughout 2017, is showcasing JESSIE J’s transformative self-expression and the genius of SAMMY MOURABIT, renowned celebrity and editorial makeup artist. The collaboration kicks off with a music video in which MAKE UP FOR EVER sets the stage for the transformation of JESSIE J. Throughout the year, MAKE UP FOR EVER will encourage people everywhere to celebrate makeup’s power to express, explore and transform all individuals with the creative movement #IAMANARTIST. Discover the music video here:

“I enjoy revealing different parts of my personality in my look which makes MAKE UP FOR EVER such a great partner,” said JESSIE J. “The core of the brand is what I am about: creating characters to showcase who you are, exploring and expressing yourself in the way you want through makeup, colors and energy. I definitely feel that my makeup reflects how I feel whether you want to do just a lip or a full blown smoky eye, your mood can be reflected in your make up and this is why LIFE IS A STAGE!”

Consistently tapping into the industry’s best, MAKE UP FOR EVER and JESSIE J enlisted the talent of celebrated British avant-garde photographer RANKIN for the ARTIST campaign visuals and JESSIE J’s new music video. Rankin’s artistic influence on live performing arts is a continuous source of inspiration for MAKE UP FOR EVER, along with a commitment to meet the needs of all music performers by utilizing makeup as a means of self-expression.

As a professional artistry makeup brand, MAKE UP FOR EVER is committed to giving professional makeup artists a platform to work creatively. For all the upcoming ARTIST visuals and videos, the brand has teamed up with the supremely talented SAMMY MOURABIT.

“MAKE UP FOR EVER has this amazing, creative soul because the brand was created by an artist and you still feel it even after 30 years”, said makeup artist SAMMY MOURABIT. “I connect with the brand so well because we share a true love and passion for makeup. I’ve used the products for a long time, for both artistic projects and also for beauty shoots. It’s so rare to find everything you need in one brand but MAKE UP FOR EVER has it all, and so it will stay with me forever. I’m honored to be part of the MAKE UP FOR EVER Tribe and to collaborate with JESSIE J. She is fascinating and she represents what an artist in the music world should be today: a songwriter, a singer and an amazing performer. She is also a very skilled makeup artist, so our collaboration is organic, unique, and fantastic.“

Driven to ignite the artistic spirit in others, MAKE UP FOR EVER and JESSIE J invite every makeup enthusiast to express their creativity throughout the year using the hashtag #IAMANARTIST, creating a community of inspired and inspiring individuals who celebrate self-expression through makeup. Create your character and tell the world with #IAMANARTIST. Celebrate the power of makeup with this creative and collaborative movement! 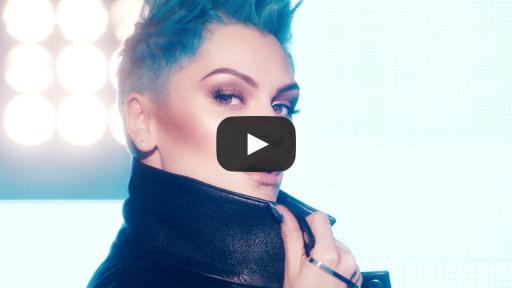 About MAKE UP FOR EVER:
Founded in 1984 by renowned makeup artist Dany Sanz, this highly-acclaimed brand offers a cult-favorite collection of vivid, high-pigment colors, superior face and body foundations and expert artisan formulas to professional makeup artists and makeup enthusiasts all around the world. MAKE UP FOR EVER believes that “LIFE IS A STAGE” and people are the artists of their own lives. Learn more: www.makeupforever.com

About JESSIE J:
Blessed with an astounding voice and natural knack for a “hook,” JESSIE J redefines what’s possible within pop – even as she upholds its traditions. In other words, JESSIE J absolutely remains one-of-a-kind. That’s why she has quickly become the consummate 21st century superstar and a powerful pop culture force. In 2011, the world first took notice of the UK-born singer and songwriter in a very big way. Her full-length debut album, Who You Are [LAVA], heralded the songstress’s arrival as a worldwide icon. It debuted in the Top 15 on the Billboard Top 200, and it generated an astounding six Top 10 smashes on the radio. “Price Tag” [featuring B.o.B] went platinum stateside and seized #1 in 18 major territories. Next, “Domino”, her biggest U.S. hit to date, took flight on the charts. That track went on to achieve double-platinum status and become a ubiquitous anthem around the globe. To date, her album sales exceed 3 million and single sales surpass 20 million and counting. Along the way, she received the prestigious BRIT Award for “Critic’s Choice”. In addition, the BBC crowned her with the high honor of Sound of 2011. She even received a Grammy Award nomination in 2012. Fans and tastemakers continued to wholeheartedly embrace JESSIE J, and she acted as the 2012 London Olympic Games Ambassador. JESSIE J released her second studio album in September 2013, and that album debuted in the Top 5 on the UK Albums Chart. It included two top-five hits including “Wild” and “It’s My Party”.  In July 2014, the first single from her sophomore, Sweet Talker album arrived with a bang—literally. JESSIE J teamed up with rising diva Ariana Grande and rap’s reigning queen Nicki Minaj for “Bang Bang”. Immediately, the track captured the #1 spot on iTunes Overall Top Songs Chart and it has gone Platinum four times over less than a year after release.

About SAMMY MOURABIT:
After learning his craft and working in Italy, SAMMY MOURABIT’s makeup interests veered into fashion in Belgium and Paris. He carved a new movement that bridged into the supermodel era with a groundbreaking, raw, androgynous period. SAMMY MOURABIT was hired by Franco Dragon to create and design makeup for 74 Cirque du Soleil dancers and characters, as well as famed singer Celine Dion for her show "A New Day" in Las Vegas. As his client list grew, SAMMY MOURABIT relocated to Los Angeles to focus on celebrity work. Then, he moved to New York to reclaim his career in the fashion and editorial work along with some of the top photographers and directors in the industry. His work has been featured at award shows and in major editorial shoots ranging from V to W., INTERVIEW and HARPER’S BAZAAR. He has done numerous music videos and worked with such esteemed photographers as Patrick Demarchelier, Steven Klein, Annie Liebovitz, Peter Lindberg, Tom Munro, Ellen Von Unwerth, Terry Richardson, Norman Jean Roy, Carter Smith, Mert and Marcus, Mark Segal, David la Chapelle, Ruven Afanador, Rankin, Arthur Elgort, and Brigitte Lacombe. In 2012, SAMMY MOURABIT was invited by Madonna to be her personal Makeup Artist for her 2012 MDNA international tour. He received accolades for his work on the tour and was then asked to work alongside Steven Klein and Madonna to create a highly anticipated film video released in 2013 call “Secret Project”. www.sammymourabit.com. He remains a highly innovative, in-demand Artist and continues to ignite ground-breaking passion for his work.

MAKE UP FOR EVER