Wieliczka – a record-breaking Polish mine

Wieliczka – a record-breaking Polish mine

In 2016, the “Wieliczka” Salt Mine – one of the greatest tourist attractions in Poland – was visited by a record number of tourists: 1.5 million people, coming from almost 200 countries. Chapels carved in salt, sculptures, underground saline lakes and numerous traces of the exploitation of salt deposits from centuries ago make the mine, which was one of the first sites entered on the UNESCO List of Global Cultural and Natural Heritage in 1978, a must-see attraction. The visitors can do much more 100 metres underground, surrounded by salt... Dance, listen to a concert, take care of their health, eat a delicious meal, do shopping and meet the miners working underground while touring...

The “Wieliczka” Salt Mine remains one of the oldest companies in Europe, with its origin dating back to the Middle Ages. This means that the underground Wieliczka mine is older than Machu Picchu, the Taj Mahal and the Forbidden City. Following the history of the salt from Wieliczka brings us even farther back in time – around 6000 years ago, pre-historic peoples inhabiting the region were salt makers, who extracted salt from brine water springs.

In the times of old, salt was worth as much as gold, and the mine in Wieliczka was the crown jewel of Polish kings. The salt from Wieliczka was well-known and appreciated not only in Poland, and Wieliczka itself became a valuable brand far before the discovery of America by Christopher Columbus. The mine saw the first tourists in the 15th century. Over the centuries, the underground corridors were toured by many famous people, including Copernicus, Goethe, Chopin and Mendeleev. Even these days it is possible to meet kings, queens and Hollywood stars like Jim Carrey or Josh Hartnett deep below the ground.

With over 2300 chambers, 250 kilometres of corridors and 9 levels the “Wieliczka” Salt Mine resembles a mythical labyrinth with various traces and marks dating back to centuries long passed, as well as unique natural monuments, such as the Crystal Grottoes – the only known place like this, created in the Miocene salt deposit.

Open for visitors is one of the most valuable and most beautiful areas in the mine at the depth of up to 135 metres underground. Every year, over 300 events are held there – including unique happenings such as a balloon flight, bungee jumping and other remarkable feats. The Mine also held concerts, conferences, weddings and balls – and the first one was organised in Wieliczka almost 200 years ago.  The “Wieliczka” Salt Mine Health Resort can also boast its 19th century tradition, as well as clean and fresh air, filled with salt aerosol brings relief in many symptoms caused by respiratory system diseases.

Despite the fact that salt is no longer mined at the “Wieliczka” Salt Mine, the site still employs many miners, who are tasked with securing the underground cultural and natural heritage. They also carry on the centuries-long mining traditions, such as carving and sculpting in salt. Every day the miners at the “Wieliczka” Salt Mine write another page of the history, which has run uninterruptedly for seven centuries. You can find out more at: www.wieliczka-saltmine.com

Opening hours Price list How to get there
Wieliczka Salt Mine 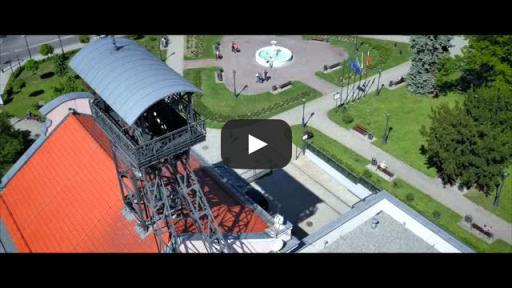 The biggest underground chapel in the world, chisseled in rock salt, Wieliczka Salt Mine, ph. by Ryszard Tatomir 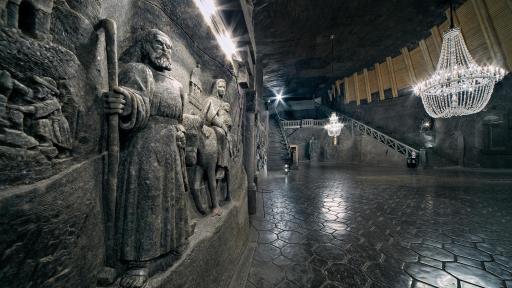 Secondary salt crystalization (art of nature) in the Wieliczka Salt Mine, ph. by Bogumil Kruzel 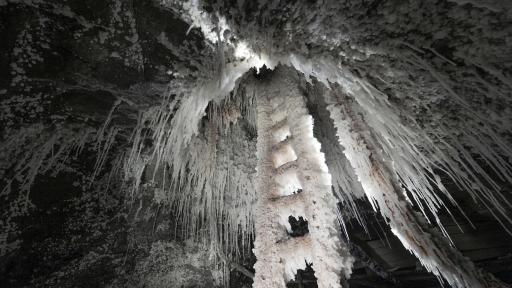 Salt Statues illustrating discovering of rock salt in the Wieliczka Salt Mine, ph. by Marek Gardulski 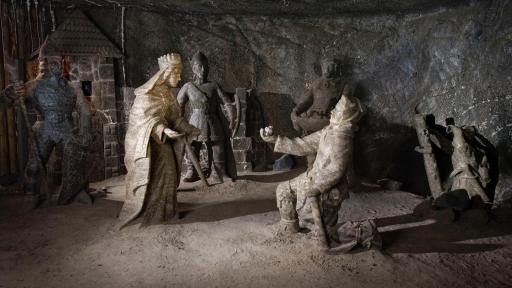 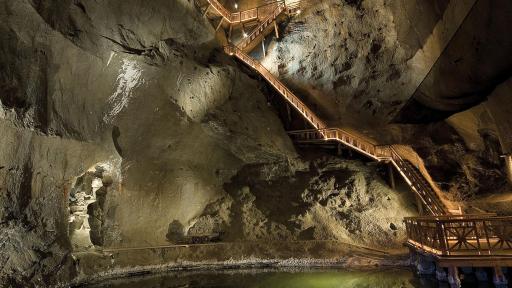 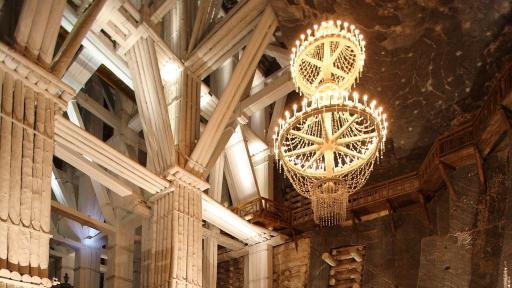