GOTHENBURG, 29th December, 2016 - Volvo Cars, the premium car maker, has announced that it will introduce Skype for Business, Microsoft’s leading collaborative productivity app, to its new 90 Series cars. Volvo Cars is the first carmaker to launch such an in-car productivity tool.

“We’ve all been there. Sitting in the car trying to join a conference call. You either fumble with or drop your phone while trying to connect or you forget the long pin code to join. It’s not the best way to start an important call in the car. On top of all that your attention is not where it should be – on the road. With the addition of Skype for Business all that goes away,” said Anders Tylman-Mikiewicz Vice President Consumer Connectivity Services at Volvo Car Group.

Skype for Business is actively used by millions of people at work around the globe. In Volvo’s 90 Series cars people will be able to view their upcoming meetings and participant details, and join meetings with one click via the large centre display.

“Skype for Business represents another big step forward for our in-car connectivity and communication offer. With the dawn of autonomous cars we see a future where flexible in-car productivity tools will enable people to reduce time spent in the office. This is just the beginning of a completely new way of looking at how we spend time in the car,” said Anders Tylman-Mikiewicz.

Volvo Cars’ approach to the application of technology in their cars is grounded in the desire to make their customers’ lives easier and safer by using the latest relevant technology in a smart way.

“Volvo Cars is leading the way in its recognition that the nature of work is increasingly mobile. People need to be productive from anywhere – including their cars,” said Ben Canning, Director of Product Management for Skype for Business at Microsoft. “We’re thrilled to extend modern meetings to Volvo cars.”

Working together with Microsoft and Ericsson, who provide cloud-based solutions for Volvo Cars, the Swedish company continues to develop and provide visionary services and features for its growing customer base.

“In-car communication is something that we have worked with for years at Volvo. From the built-in handsets of the 1980s and early 90s through to our standard Bluetooth® hands-free functionality, we have understood the importance of making life easier for people on the move while keeping a firm focus on safety and minimising driver distraction,” added Anders Tylman-Mikiewicz.

Skype for Business in Volvo cars will help to keep you focused on the road while you take care of business. 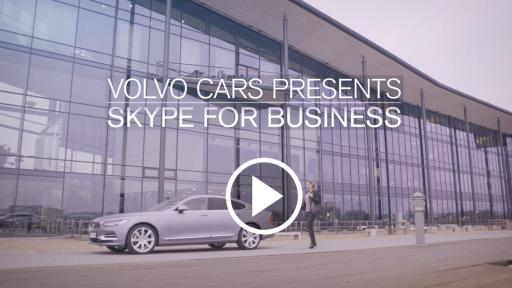 Volvo adds in-car Skype for Business app to improve productivity and safety on the move. 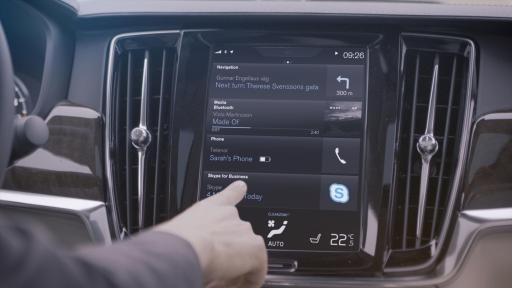 A simple tap of the centre display signs you into your meeting, no codes to remember, no hassle. 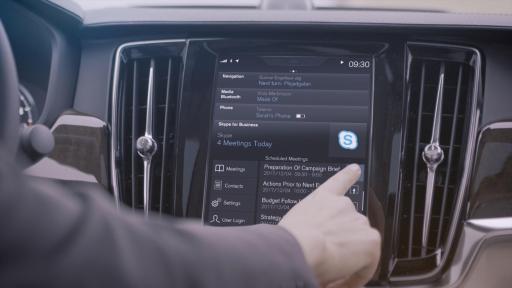 Microsoft’s Skype for Business will notify you when your meetings are updated through Volvo’s user interface. 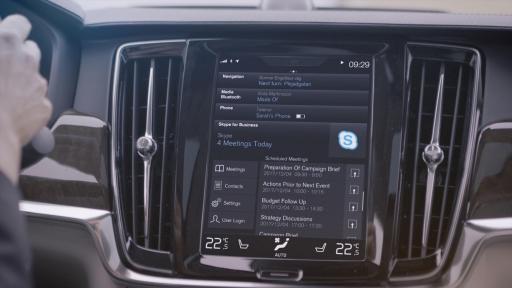 Volvo Cars’ Record and Send app is there to help you remember your meeting by enabling you to make a voice note. 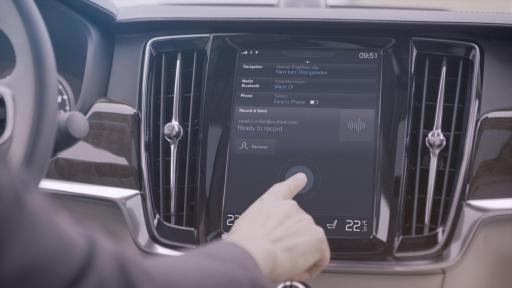 Skype for Business will help to keep you focused on the road while you take care of business. 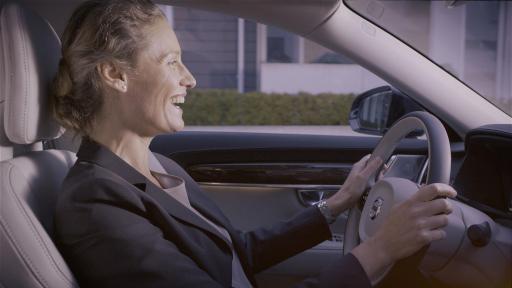