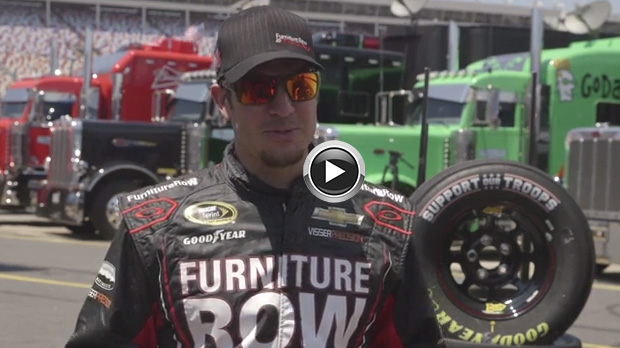 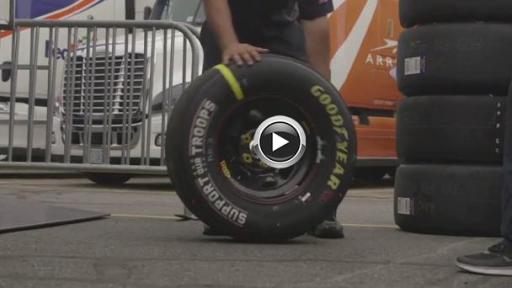 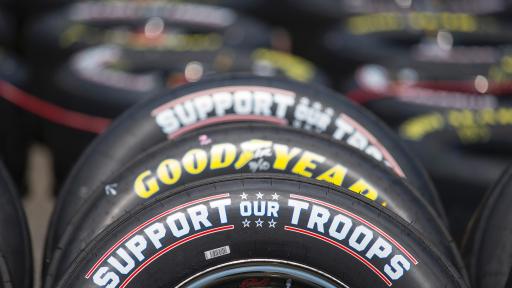 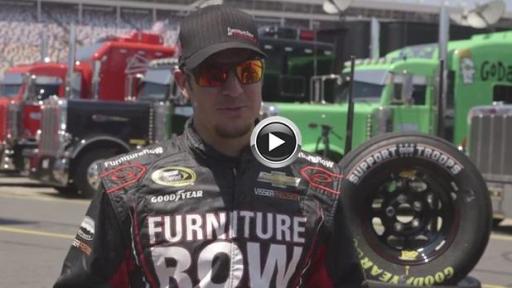 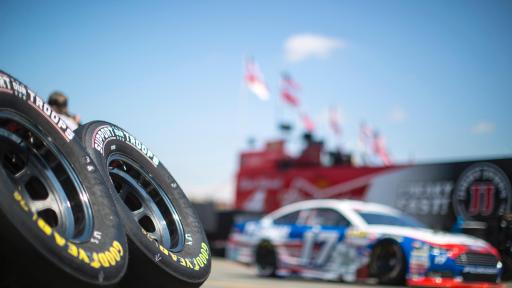 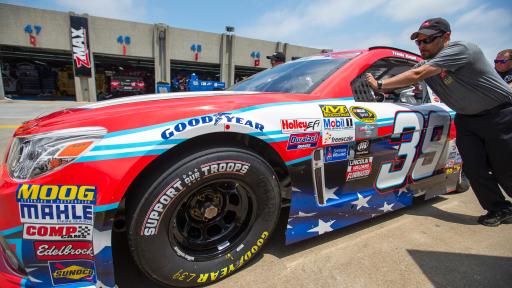 To kick off the program, Goodyear will once again transform its NASCAR race tires by replacing the “Eagle” sidewall design with “Support Our Troops” messaging on all tires used during Memorial Day weekend at Charlotte Motor Speedway. This effort coincides with the launch of Goodyear’s charity auction at www.Goodyear.com/GivesBack, which features autographed NASCAR memorabilia, VIP race experiences and rides on the Goodyear Blimp.

Proceeds benefit Support Our Troops®, a nonprofit nationwide organization that works to bolster the morale and well-being of America’s troops and their families. To-date, Goodyear Gives Back has generated nearly $1 million in cash and product donations to support the cause.

“For the past six years, the Goodyear Gives Back program has helped us bring race fans and the NASCAR community together in showing support for troops and their families,” said Kris Kienzl, Goodyear’s NASCAR marketing manager. “The response has been overwhelming. More than 40 NASCAR teams, sponsors and tracks have joined this year’s effort by providing items for our charity auction and spreading the word among fans.”

Fans can get involved by visiting www.Goodyear.com/GivesBack through July 6, 2015 to bid on unique NASCAR autographed items, Support Our Troops tires and VIP experiences, purchase Support Our Troops® merchandise, or make a direct donation.

“The Goodyear Gives Back program has played a critical role in raising awareness and funds to better the lives of service men and women and their families,” said Martin C. Boire, executive director of Support Our Troops. “It’s a great symbol of support for those who sacrifice so much for our freedom.”

This year’s program is also a cornerstone of the “NASCAR: An American Salute” initiative, which highlights the sport’s ongoing support of the U.S. Armed Forces and veterans.

“The Goodyear Gives Back program continues to be one of the most visible symbols of military support during the Memorial Day race weekend,” said NASCAR Vice Chairman Mike Helton. “We hope the combined efforts of Goodyear and NASCAR will encourage fans to show their support for the men and women who serve or have served our nation.”

Goodyear has more than 100 years of history building innovative tires and equipment to help support and protect our troops and is the largest producer of military tires in the U.S. The company has also been recognized as a top 100 Military Friendly Employer by G.I. Jobs magazine for its leadership in hiring and supporting veterans. In 2014, Goodyear surpassed a three-year goal of hiring 1,000 veterans and committed to hiring an additional 1,000 veterans in 2015. Veterans interested in careers opportunities at Goodyear can visit Goodyear.com/careers.

About Goodyear
Goodyear is one of the world’s largest tire companies. It employs approximately 67,000 people and manufactures its products in 50 facilities in 22 countries around the world. Its two Innovation Centers in Akron, Ohio and Colmar-Berg, Luxembourg strive to develop state-of-the-art products and services that set the technology and performance standard for the industry. For more information about Goodyear or its products, go to www.goodyear.com.

About Support Our Troops
SupportOurTroops.Org provides simple constructive ways for citizens and community minded businesses to show their patriotism and appreciation for those who sacrifice so much to protect our country, our homes, our families, and our American way of life. Support Our Troops is a registered trademark licensed through SupportOurTroops.org. The official SupportOurTroops.org website is a nationwide platform for individuals, organizations, businesses and non-profits to bolster America’s troops and their families in a multitude of ways. It is a moral covenant with those who serve to protect us and our families.