NBA and WNBA Partner with LeanIn.Org to encourage men to support equality at home and at work

PR Newswire,
LeanIn.Org today launched #LeanInTogether, a public service campaign in partnership with the National Basketball Association (NBA) and the Women’s National Basketball Association (WNBA) emphasizing how men benefit from equality and providing practical tips for men to do their part at home and at work. The campaign encourages men to “show the world they’re for equality” and women to “celebrate men leaning in for equality” by posting with the hashtag #LeanInTogether.


“Men should support their wives and daughters at home and their female colleagues in the workplace, not just because it’s the right thing to do, but because it’s great for them,” said Sheryl Sandberg, Facebook COO and founder of LeanIn.Org. “From stronger marriages and healthier, happier children to better outcomes at work, the benefits of men leaning in for equality are huge.” 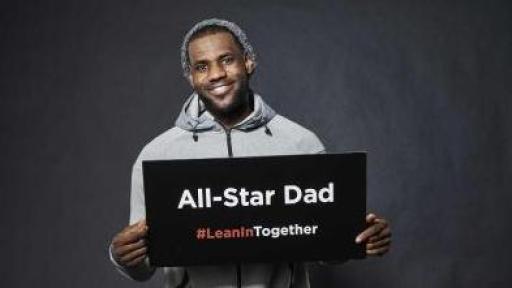 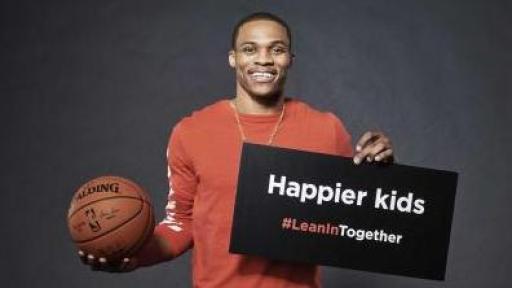 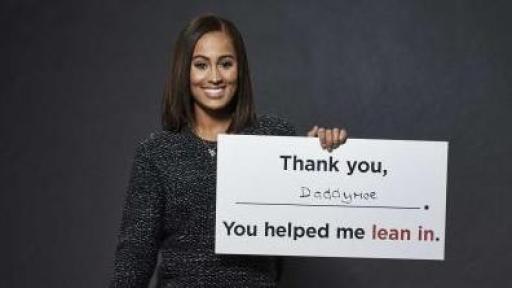 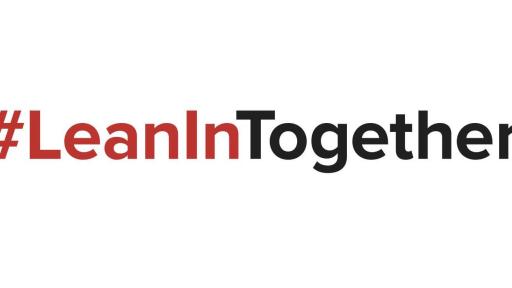 “The NBA is committed to creating a work environment that expects – and benefits from – gender equality,” added NBA Commissioner Adam Silver. “#LeanInTogether provides men with the tools to share responsibilities equally in the office with our colleagues and at home with our families.”

Getty Images, which partnered with LeanIn.Org on the Lean In Collection—a stock photo library devoted to powerful imagery of women and girls that launched in 2014—has also expanded the collection with more than 600 images of men depicted as supportive fathers, partners, and colleagues, sorted under the keyword “leanintogether.”

#LeanInTogether will be hosted on the microsite LeanInTogether.Org, where visitors can download practical tips to help men achieve gender equality at home and at work, along with tips for managers. The tips include social science research on the benefits of gender equality and are augmented by articles, videos, and activities for men. Visitors also can watch a video of the influential women of MAKERS, including Hillary Clinton, Condoleezza Rice, Lena Dunham, and Ruth Bader Ginsburg, reflecting on the men who helped them lean in. The site also will feature a gallery of social media posts by campaign participants, including celebrities, athletes, and influencers.

The world is still an unequal place. More than three decades after women became 50 percent of college graduates in the United States, women constitute just 5 percent of S&P 500 CEOs and only 19 percent of U.S. Congressional seats. At home, women do a majority of childcare and housework even though 70 percent of women work outside the home.

Yet research shows that everyone benefits when men lean in for equality. Children with involved fathers are happier, healthier, and more successful. Couples that share responsibilities have stronger marriages. Diverse teams and companies produce better results.

“Everyone wins when men lean in for equality—and so many men want to know what they can do,” said LeanIn.Org cofounder and president Rachel Thomas. “Our tips and resources provide the answer. They’re focused on the steps men can take to support their children, wives, and coworkers and bring us all closer to equality.”

LeanIn.Org believes that men are a vital part of the gender equality equation. We hope that men everywhere will take this opportunity to show the world they support equality and learn and practice new skills to support that mission—and that women will join us in celebrating their efforts to make our families, partnerships, and workplaces better. Individuals can show their support by posting with #LeanInTogether on social media.

LeanIn.Org is the nonprofit organization founded by Facebook COO Sheryl Sandberg to empower all women to achieve their ambitions. LeanIn.Org offers inspiration and support through an online community, free expert lectures, and Lean In Circles, small peer groups who meet regularly to share and learn together. Since the organization’s launch in March 2013—following the release of the bestselling book, Lean In: Women, Work and the Will to Lead—the LeanIn.Org community has grown to over 500,000 women and men and more than 22,000 Lean In Circles in almost 100 countries. LeanIn.Org is a private operating nonprofit organization under IRS section 501(c)(3).

The NBA is a global sports and media business built around three professional sports leagues: the National Basketball Association, the Women’s National Basketball Association, and the NBA Development League.  The league has established a major international presence with offices in 13 markets worldwide, games and programming in 215 countries and territories in 47 languages, and NBA merchandise for sale in more than 125,000 stores in 100 countries on 6 continents.  NBA rosters at the start of the 2014-15 season featured a record 101 international players from 37 countries and territories.  NBA Digital’s assets include NBA TV, which is available in 60 million U.S. homes, and NBA.com, which recorded 26.9 billion page views during the 2013-14 season, with more than half of all visitors originating from outside of North America.  The NBA is the No. 1 professional sports league on social media, with nearly 800 million likes and followers globally across all league, team, and player platforms.  Through NBA Cares, the league and its teams and players have donated more than $242 million to charity, completed more than 3 million hours of hands-on community service, and created more than 915 places where kids and families can live, learn, or play.

In for equality? Pass it on.
#LeanInTogether