PR Newswire, Burlington, Vt. April 16, 2015
Ben & Jerry’s has created the ultimate solution to satisfy the munchies for ice cream lovers, and just in time. On April 20th the company will roll out a revolutionary new way for fans to eat their ice cream with the BRRR-ito, available in scoop shops nationwide.
Read More 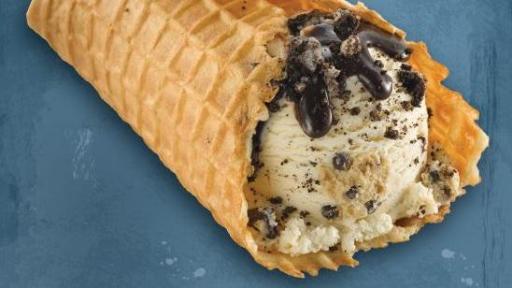 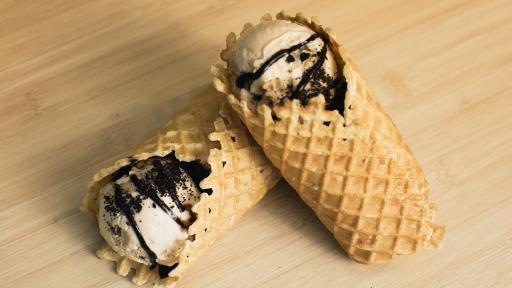 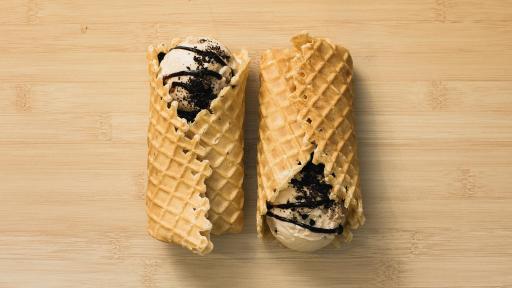 For first-timers, Ben & Jerry’s suggests the Half Baked BRRR-ito, with one scoop each of Cookie Dough and Chocolate Fudge Brownie drizzled with chocolate fudge, topped with a crunchy cookie crumble, and rolled to perfection in a chewy crepe-like wrap. Fans can also personalize their BRRR-ito by choosing two scoops of any favorite flavor combo. From the first bite taste buds will experience a euphoria that will have fans wanting for more. Snacking will never be the same.

“Building on our understanding of how much people love our homemade waffle cones, we have created a wrap that has all the ridgey goodness of their more crispy cousins – yet are slightly less sweet and provide the chewy satisfaction of the BRRR-ito eating experience”, said Alison Gilbert, Ben & Jerry’s, Sr. Brand Manager, Scoop Shops.

Where did the BRRR-ito come from? Ben & Jerry’s flavor gurus are always searching for new, fun and quirky ways to make eating ice cream extraordinary and the rest is magic. Like co-founder, Jerry Greenfield said, “If it’s not fun, why do it?” Get in line while Ben & Jerry’s rolls ‘em out.

For more information about the BRRR-ito and Ben & Jerry’s visit www.benjerry.com

About Ben & Jerry’s®
As an aspiring social justice company, Ben & Jerry’s believes in a greater calling than simply making a profit for selling its goods. The company produces a wide variety of super-premium ice cream, yogurt and sorbet using high-quality ingredients. Ben & Jerry’s incorporates its vision of Linked Prosperity into its business practices in a number of ways including a focus on values-led sourcing. In 2014 the company plans to complete its transition to using entirely non-GMO (genetically modified organisms) ingredients by source as well as to fully Fairtrade-certified ingredients wherever possible, which benefits farmers in developing countries. Ben and Jerry’s products are distributed in 35 countries in supermarkets, grocery stores, convenience stores, franchise Ben & Jerry’s Scoop Shops, restaurants and other venues. Ben & Jerry’s, a Vermont corporation and wholly-owned subsidiary of Unilever, operates its business on a three-part Mission Statement emphasizing product quality, economic reward and a commitment to the community. Ben & Jerry’s became a certified B Corp (Benefit Corporation) in 2012. The Ben & Jerry’s Foundation’s employee-led grant programs totaled $2.5MM in 2013 to support economic and social justice, environmental restoration, and peace through understanding. For the inside scoop on Ben & Jerry’s visit www.benjerry.com.