Ben & Jerry’s Activism Gets Serious to “SAVE OUR SWIRLED”

PR Newswire, Freemont, California, May 27, 2015 – With the Paris Climate summit looming in December of 2015, Ben & Jerry’s is meeting the issue of climate change head on with a global campaign to activate fans and citizens around the world. And what would a Ben & Jerry’s activism campaign be without a chunky, swirly, euphoric flavor of its own? Enter the new addition to the lineup: Save Our Swirled. With a bed of raspberry ice cream, swirled with rivers of marshmallow and raspberry, and white & dark fudge cone-shaped chunks, raising consciousness never tasted so good! 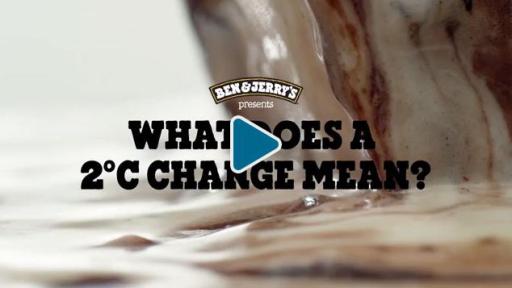 Ben & Jerry’s Save Our Swirled 1 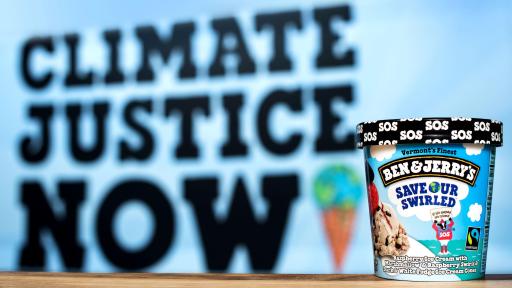 Ben & Jerry’s Save Our Swirled 2 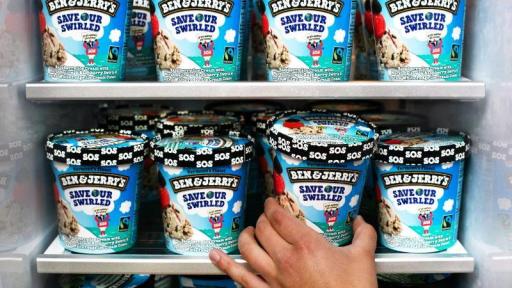 Ben & Jerry’s Save Our Swirled 3 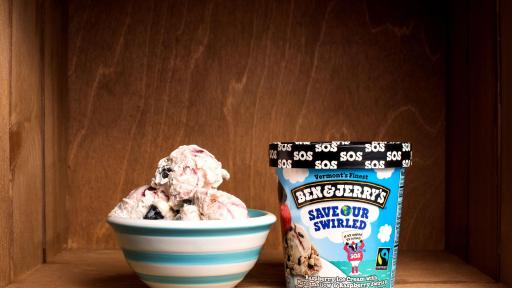 “This campaign is as important as any we’ve ever undertaken at Ben & Jerry’s and the time to act is now. We’re beginning to see that we can make an impact,” said Jostein Solheim, CEO of Ben & Jerry’s. “Ben & Jerry’s has committed to dramatically reducing our own carbon footprint in an effort to help keep warming below 2 degrees. With the Paris climate summit approaching at the end of the year, we are asking our fans to join us in calling on leaders around the world to support the transition to 100% clean energy now,” Solheim added.

At scoop shops, events, truck tours, and now freezer cases all around the world, Ben & Jerry’s is encouraging fans to stand up and take action to support the transition to 100% clean energy. The company is promoting Avaaz’s worldwide petition to world leaders calling for a transition to 100% clean energy. Avaaz, an international organization with over 40 million members worldwide and one of the primary organizers of the People’s Climate March, has had more than 2 million signatures on the petition so far, and that’s just the beginning. “When you join Avaaz, you become an agent of change,” said Ben Jerry’s co-founder Jerry Greenfield. Greenfield continued, “this issue is so important, people need to be willing to get into the streets.” Of course the company knows that taking action is a lot easier to swallow with a free scoop of ice cream.

About Ben & Jerry’s
As an aspiring social justice company, Ben & Jerry’s believes in a greater calling than simply making a profit for selling its goods. The company produces a wide variety of super-premium ice cream, yogurt and sorbet using high-quality ingredients. Ben & Jerry’s incorporates its vision of Linked Prosperity into its business practices in a number of ways including a focus on values-led sourcing. In 2015 the company completed its transition to using entirely non-GMO (genetically modified organisms) ingredients by source as well as to fully Fairtrade-certified ingredients wherever possible, which benefits farmers in developing countries. Ben and Jerry’s products are distributed in 35 countries in supermarkets, grocery stores, convenience stores, franchise Ben & Jerry’s Scoop Shops, restaurants and other venues. Ben & Jerry’s, a Vermont corporation and wholly-owned subsidiary of Unilever, operates its business on a three-part Mission Statement emphasizing product quality, economic reward and a commitment to the community. Ben & Jerry’s became a certified B Corp (Benefit Corporation) in 2012. The Ben & Jerry’s Foundation’s employee-led grant programs totaled $2.5MM in 2014 to support social, economic and environmental justice nationally and in Vermont. For more information about the Ben & Jerry’s Foundation visit www.benandjerrysfoundation.org