“Queen of Carbon Science,” “Father of Java,” Auto-Safety Dream Team, and a Pioneer in Flash Memory Technology among Those Honored at the IEEE Annual Honors Ceremony Gala

PR Newswire, New York, NY June 22, 2015 – Pioneers of fundamental technological advances like nanotechnology, programming languages, digital storage, and advanced automotive safety technology were honored at the annual IEEE Honors Ceremony Gala in New York City at the Waldorf Astoria this past Saturday. IEEE, the world’s largest professional organization is dedicated to advancing technology for the benefit of humanity. The IEEE Honors Ceremony is designed to recognize technical professionals in a wide variety of disciplines for exceptional achievements and outstanding contributions that have pushed the boundaries of technology, and have made a lasting impact on society, and the engineering profession. Focusing on the theme of “Forward,” IEEE President Howard E. Michel served as the Master of Ceremonies along with co-presenter IEEE President-Elect Barry L. Shoop.

IEEE Life Fellow Dr. Mildred Dresselhaus, an Institute Professor of Electrical Engineering and Physics at MIT and member of the U.S. National Academy of Engineering, received IEEE’s highest honor, the IEEE Medal of Honor, along with 24 other honorees who received medals and awards for their extraordinary contributions. Some of those honored this past weekend include: 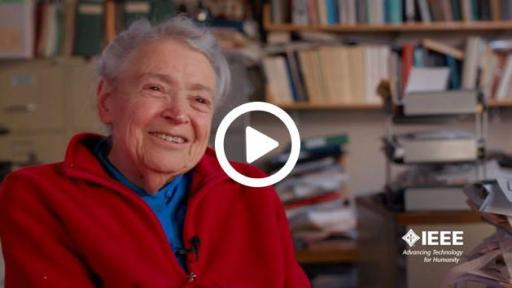 The IEEE Honors Ceremony - On the Red Carpet 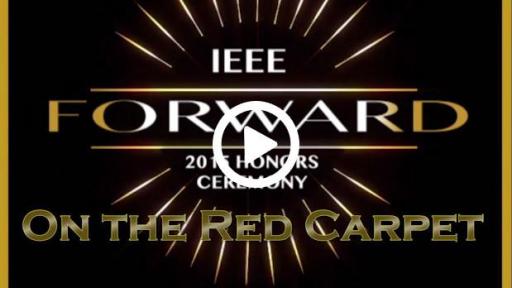 Infographic on the “Father of Java” 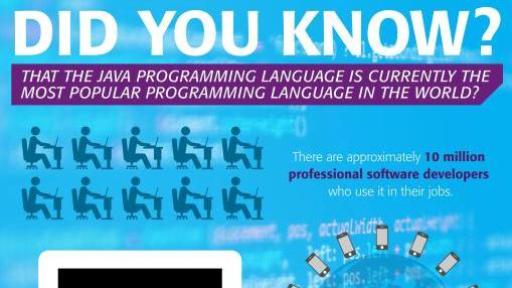 Infographic on the “Queen of Carbon” 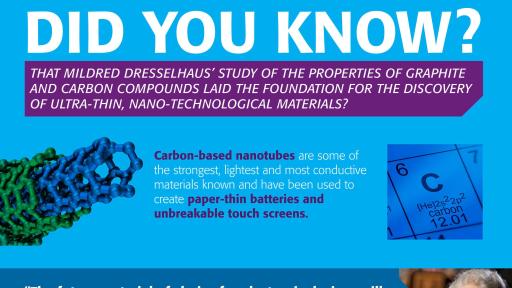 Infographic on the creator of stealth technology 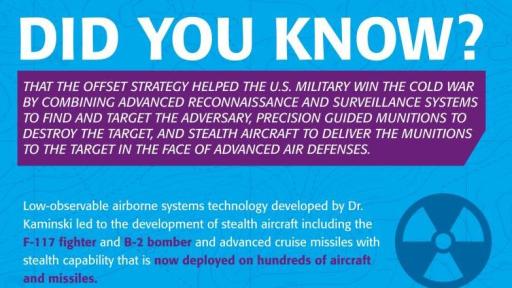 First Female to Receive the IEEE Medal of Honor, the “Queen of Carbon Science,” Predicts the Future of Carbon Valley

The discoveries made on the semi-conductive properties of graphite at the nanoscale and carbon-based materials based on carbon nanotubes can be traced back to Dr. Dresselhaus’ research, which started in the 1960s. This work has earned her the 2015 IEEE Medal of Honor, as well as the Presidential Medal of Freedom from President Obama in 2014 (the highest honor a U.S. civilian can receive), and the nickname the “Queen of Carbon Science.” Since Dr. Dresselhaus began her research nearly half a century ago, carbon-based technologies are on the brink of bringing computing into its next era and boosting battery-storage capacities. Today, advanced aviation materials, paper-thin batteries and indestructible touchscreen electronics all encompass carbon-based technology.

“Many large-scale industries like modern aviation and the space program, depend on carbon-based materials for everything from fuel to the production of light and durable materials,” said Mildred Dresselhaus. “As we continue to advance our exploration of space, NASA will continue to depend on carbon materials to make their aircrafts lighter and faster.”

Dr. James Gosling created Java to allow the creation of robust, adaptable, secure, fast, dynamic and portable software. Since then, Java has been used in millions of applications, running on billions of CPUs and is the basis for the AP Computer Science curriculum.

“Over its 20 years of life, Java has ended up in an astonishing number of applications. There are approximately 10 million professional software developers who use it in their job, and many times more who have learned it. The average person encounters Java every day, without knowing it. Java is in major e-commerce sites like Amazon and eBay; it’s in the IT backbone of almost every financial institution, and in many more industries,” said Dr. Gosling, chief software architect at Liquid Robotics. “It’s almost impossible to make a phone call or a non-cash financial transaction without some Java program being involved. Even when you tweet, you’re using Java.”

Dr. Rodolfo Schöneburg, Marica Paurevic and Hans Weisbarth were honored for their development of the Active Seat-Belt Buckle technology enabling greater safety and comfort for rear passengers. The feature is available under the product name “PRE-SAFE® rear seat-belt buckles” in the S-class sedan. PRE-SAFE®, first being used in Mercedes-Benz vehicles in 2002, provides crash prevention and passenger protection using sensors, warning systems and restraint systems by tightening seat belts, closing windows and adjusting seats if it senses conditions such as skidding or sudden breaking. After a crash, PRE-SAFE® can illuminate and release automatically to allow for backseat passengers to quickly and safely exit the vehicle. According to the NHTSA, the risk of fatal injuries can be reduced by 44 percent if backseat passengers wear their seat-belts.

“The PRE-SAFE® rear seat-belt buckles make it easier to buckle up which increases the chances of passengers doing so by at least 25 percent. In addition to that, the occupant loads of neck and head can be reduced by up to 20 percent due to the available PRE-SAFE function of the motorized seat-belt buckle for rear seat passengers,” said Dr. Rodolfo Schöneburg, director of vehicle safety, durability, and corrosion protection with Mercedes Benz/Daimler AG, Sindelfingen, Germany. “We anticipate that more manufacturers will adopt the Active Seat-Belt Buckle technology to prevent injuries for passengers in the backseat, since that tends to be an area which becomes more and more important,” stated Dr. Rodolfo Schöneburg.

“This award is proof of our technology’s potential impact on the level of safety specifications that should be considered to be installed in each new vehicle in the future,” said Marica Paurevic, Manager of occupant protection systems concepts with Mercedes Benz/Daimler AG, Sindelfingen, Germany.

SanDisk is a global leader in flash storage solutions whose innovations have transformed the electronics industry for more than 25 years. SanDisk’s portfolio of over 5,000 patents includes advancements in flash memory device and design, process technology, packaging, test applications and system level technologies. SanDisk has also chronicled numerous impactful “firsts” throughout its history. This includes the introduction of the industry’s first multi-level cell (MLC) flash technologies using two bits (X2) and three bits (X3) per cell. These innovations helped to drive the wide adoption and proliferation of flash memory. SanDisk continues to expand the possibilities of storage and in 2015 announced that it has successfully developed the world’s first 48 layer second generation 3D NAND (developed through joint ventures with Toshiba). Other recent introductions of industry firsts from the company include: the world’s highest capacity microSD™ UHS-I card and SD™ card, the world’s smallest USB 3.0 flash drive, the world’s first 4 terabyte SAS SSD and “InfiniFlash All-Flash Storage System”, a technology break-through for the data center that can deliver up to a half of petabyte of storage in a 3U form-factor -- making it the most dense flash storage system in the world for big data workloads.

“We founded SanDisk based on our strong passion for innovation and a deep belief in the potential of flash storage. However, even we didn’t imagine that flash storage would become one of the most impactful technologies in the digital industry,” said Sanjay Mehrotra, SanDisk’s co-founder, president, and chief executive officer. “Today, SanDisk’s solutions are transforming many of the world’s largest data centers, available in hundreds of thousands of retail stores worldwide and enabling break-through storage experiences in smartphones, tablets and PCs. We are honored to receive this achievement, and continue to focus on developing the new technologies that will expand the storage possibilities for our customers.”

You may view a full list of award recipients here.

About IEEE
IEEE is a large, global technical professional organization dedicated to advancing technology for the benefit of humanity. Through its highly cited publications, conferences, technology standards, and professional and educational activities, IEEE is the trusted voice on a wide variety of areas ranging from aerospace systems, computers and telecommunications to biomedical engineering, electric power and consumer electronics. Learn more at https://www.ieee.org.