Series creator Robert Kirkman: “Opening up the world of The Walking Dead to new audiences who will now be able to immerse themselves in the drama and suspense of the series is incredibly exciting. The show continues to manifest itself in ways beyond my wildest imagination, and I am thrilled for fans to experience it when it’s released on NBC UNIVERSO in the New Year.”

PR Newswire, MIAMI – Dec. 17, 2015
NBC UNIVERSO, the modern entertainment and sports cable channel for Latinos, announced today the network will premiere the Spanish-language debut of “The Walking Dead” on Wed., Jan. 20, at 10 p.m. ET/PT. Subsequent airings of new episodes dubbed into Spanish will air weekly on Wednesdays at 10 p.m. ET/PT. To view a sneak peek of the series, click here.

“The Walking Dead” tells the story of the months and years that follow after a zombie apocalypse. Following a group of survivors, led by police officer Rick Grimes, the series explores the challenges of life in a world overrun by “walkers” or zombies. Over time, the characters are changed by the constant exposure to death and willingness to do anything to survive. The worldwide phenomenon has captivated viewers around the globe spreading to more than 120 countries in 33 different languages.

“Opening up the world of The Walking Dead to new audiences who will now be able to immerse themselves in the drama and suspense of the series is incredibly exciting,” said Robert Kirkman. “The show continues to manifest itself in ways beyond my wildest imagination, and I am thrilled for fans to experience it when it’s released on NBC UNIVERSO in the New Year.” 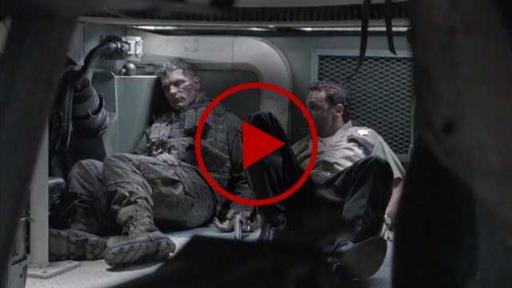 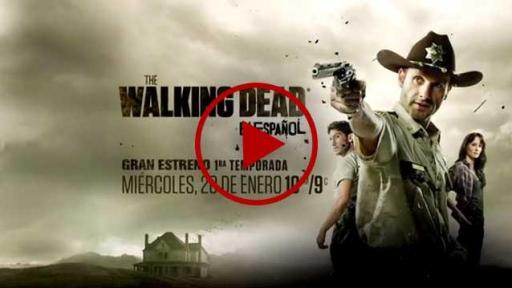 NBC UNIVERSO premieres the Spanish-language debut of “The Walking Dead” 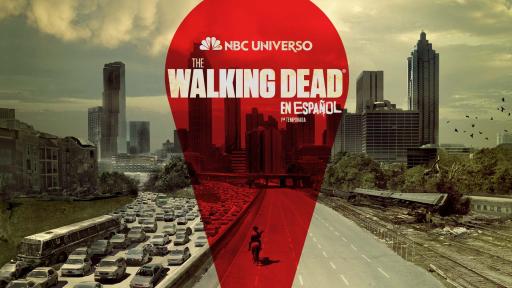 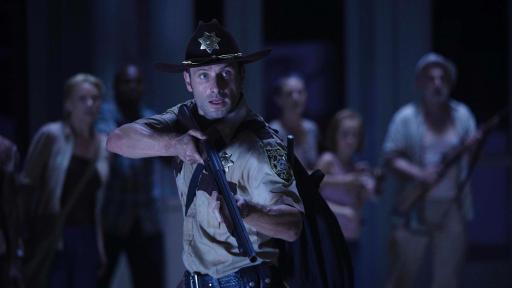 “The Walking Dead is a global phenomenon that transcends cultural barriers and pushes the element of human survival to the limit,” said Bilai Joa Silar, Senior Vice President, Programming & Production, NBC UNIVERSO. “By adding this blockbuster series to our programming lineup we are offering our viewers the opportunity to discover the universe of the zombie apocalypse and to get hooked in their preferred language… Spanish.”

In addition to enjoying the episodes on TV, subscribers of NBC UNIVERSO on participating cable, satellite, and telco services will also be able to view episodes of “The Walking Dead” on Video on Demand, as well as on www.nbcuniverso.com and the NBC UNIVERSO NOW app by entering the subscriber’s log-in information. Fans can start engaging on social media by using the hashtag #TWDenEspañol and find more content about the show in Spanish on NBC UNIVERSO’s Facebook https://www.facebook.com/nbcuniverso and Instagram https://www.instagram.com/nbcuniverso/. Starting in early January, fans also will be able to visit a microsite that will have highlights of The Walking Dead in Spanish.

About NBC UNIVERSO
NBC UNIVERSO (www.nbcuniverso.com) is a modern entertainment and sports cable channel for Latinos, bringing the world’s top sports franchises and edgy, emotional programming to more than 40 million households in the U.S. As one of the most widely available modern cable channels for U.S. Latinos, NBC UNIVERSO delivers a thrilling mix of exclusive sports action – including FIFA World Cup™, NASCAR Mexico Series, NFL, Premier League and The 2016 Rio Olympics – along with signature series, blockbuster movies, music, must-see live events and strategic acquisitions, on TV, online and mobile devices. NBC UNIVERSO is part of NBCUniversal Telemundo Enterprises, a division of NBCUniversal (www.nbcuniversal.com), one of the world's leading media and entertainment companies. NBCUniversal is a subsidiary of Comcast Corporation (www.comcastcorporation.com).

About AMC
Whether commemorating favorite films from every genre and decade, or creating acclaimed original programming, AMC brings to its audience something deeper, something richer, Something More. The network reigns as the only cable network in history ever to win the Emmy® Award for Outstanding Drama Series four years in a row with “Mad Men,” and six of the last eight with back-to-back honoree “Breaking Bad.” The network boasts the most-watched drama series in basic cable history and the number one show on television among adults 18-49 for the last three years with “The Walking Dead.” AMC’s current original drama series include “The Walking Dead,” “Better Call Saul,” “Hell on Wheels,” “TURN: Washington’s Spies,” “Halt and Catch Fire,” “Humans,” “Fear the Walking Dead,” and the forthcoming “Into the Badlands,” “The Night Manager,” “Broke” and “Preacher.” AMC also explores authentic worlds and discussion with original shows like “Talking Dead,” “The Making of The Mob,” “Comic Book Men” and the upcoming “The West.” AMC is owned and operated by AMC Networks Inc. and its sister networks include IFC, SundanceTV, BBC America and WE tv. AMC is available across all platforms, including on-air, online, on demand and mobile. AMC: Something More.