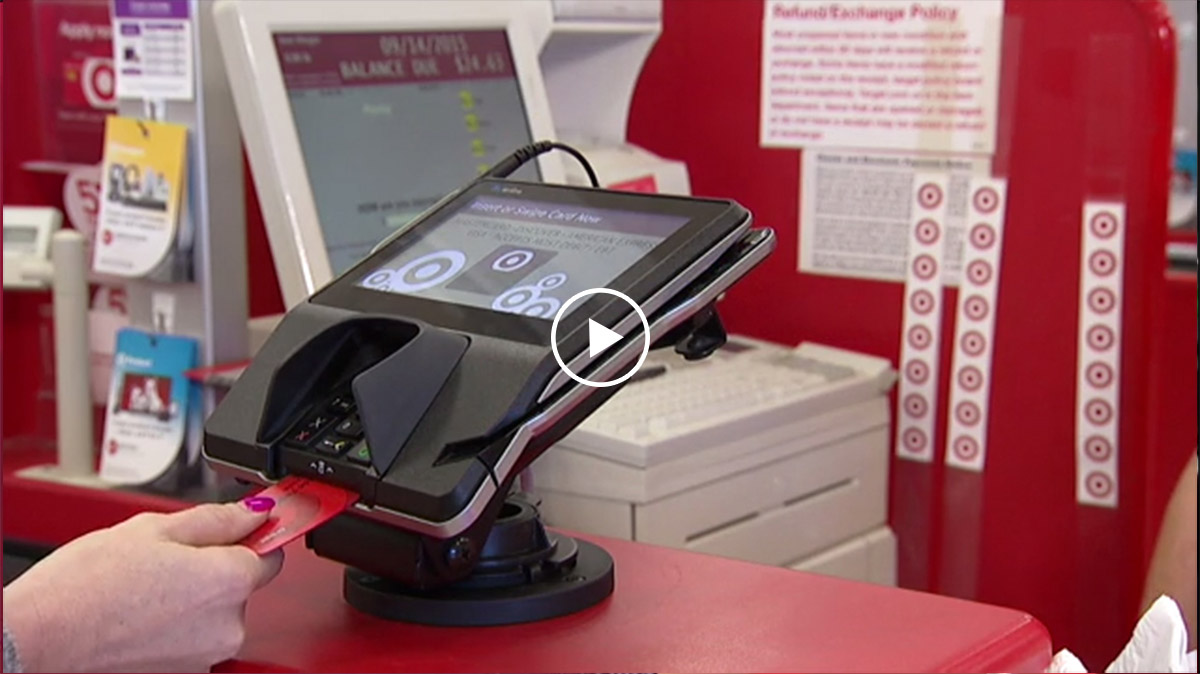 A Change is Coming to the Checkout at Your Local Retailer 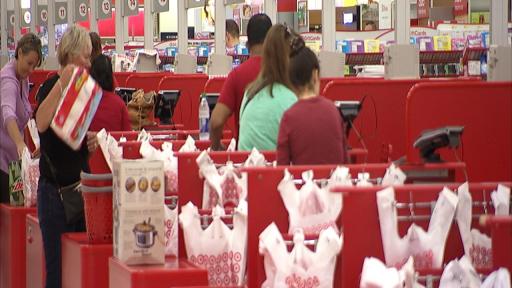 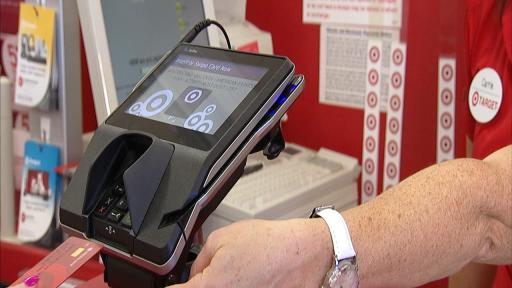 PR Newswire, ARLINGTON, VA
A change is coming to the checkout. This fall national retailers are turning on newly installed payment terminals aimed at better protecting consumers from cybercrime and credit card fraud. These machines are designed to accept new, more secure credit cards, commonly referred to as “chip” cards. These new credit cards will contain an embedded microchip that cannot be replicated, making it more difficult for hackers to use stolen card numbers to produce fraudulent credit cards. 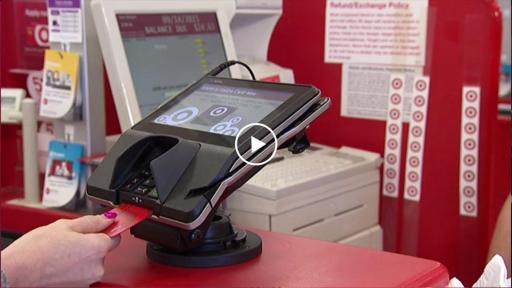 Why Is Fraud Migrating To The U.S.? 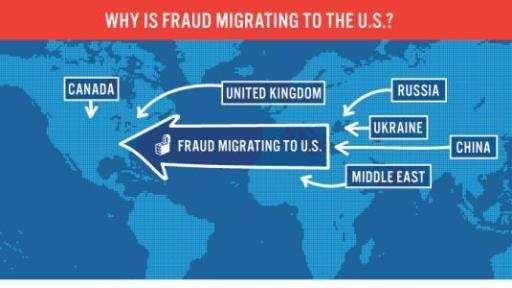 Why Is Chip And PIN Needed? 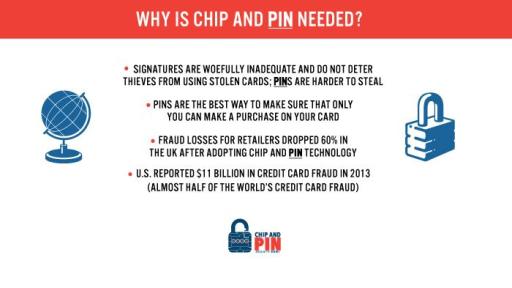 What Do Consumers Think? 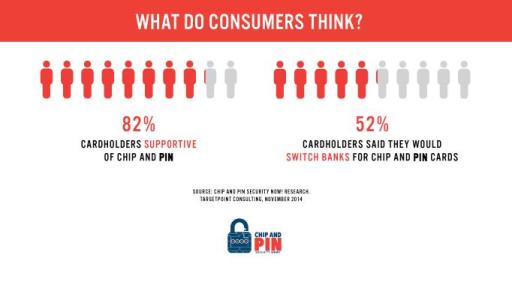 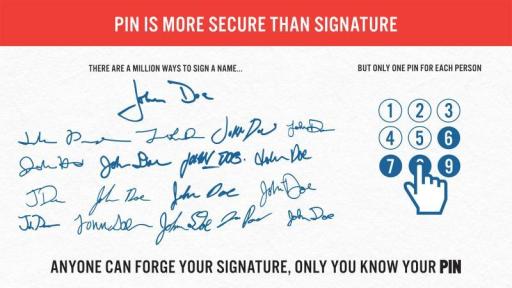 Dollars and Credit Cards: What’s New Since the 60s 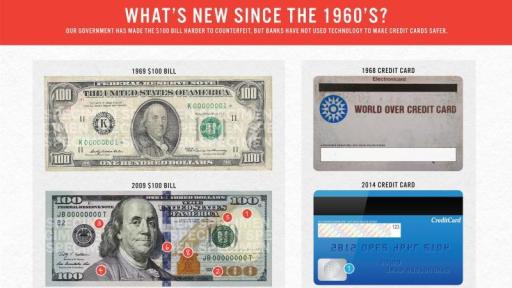 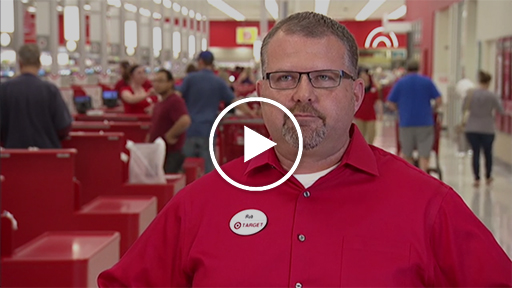 Retailers are spending billions of dollars putting in place new payment terminals that are certified for chip card acceptance. This will ensure they are not held liable for counterfeit fraud usage when new cards make their way to the marketplace, and will ensure a more secure transaction for consumers compared to current technology.

“Retailers are making a multi-billion dollar investment to protect customers and reduce credit card fraud,” said Brian Dodge, executive vice president of the Retail Industry Leaders Association. “Unfortunately, retailers are only one-half of the equation, and at present, banks and credit unions are not meeting the retail investment with the same commitment to consumer protection.”

While retailers turn on new payment machines, there is one security feature missing from the new cards being issued by American banks and credit unions—an accompanying PIN number. Unlike the credit cards issued in Canada, Europe and the rest of the industrialized world, U.S. consumers are being issued “chip-and-signature” cards rather than “chip-and-PIN” cards. The PIN adds an extra layer of security, and makes it even more difficult—if not impossible—for cybercriminals to replicate counterfeit cards.

Chip-and-PIN cards are already in wide use around the world and have significantly reduced fraud. For example, in the United Kingdom “chip-and-PIN” cards have reduced fraud by 67%.

“Chip and PIN has been proven to combat fraud dramatically,” added Dodge. “But that’s not what American consumers are getting, and thus far banks have gone to great lengths to blur the lines between the two distinctly different transactions.”

U.S. banks and credit unions have argued that the chip is enough, and will prevent counterfeit credit cards from being made. However, cyber-thieves have already begun to find ways to work around the chip, making the PIN a vital component of a more secure payment ecosystem.

In an effort to make sure consumers have the most modern means to protect themselves against fraud, retailers are urging banks and credit unions to ditch the signature and adopt the PIN.

“We know Chip and PIN works. At a minimum, American consumers deserve the same level of security afforded cardholders in Europe and Canada,” concluded Dodge. There is no legitimate excuse for why banks and card networks are willing to accept weaker card security here in the United States.”

RILA is the trade association of the world’s largest and most innovative retail companies. RILA members include more than 200 retailers, product manufacturers, and service suppliers, which together account for more than $1.5 trillion in annual sales, millions of American jobs and more than 100,000 stores, manufacturing facilities and distribution centers domestically and abroad.

CNN: A big problem with your new credit cards CBS MoneyWatch: Why credit-card hackers love America RollCall: Retailers Are Leading the Fight Toward Greater Security The Hill: ‘Chip and PIN’ is the solution to credit card fraud White House: Secure Payments with Chip and PIN Technology Download “Combat Fraud” Download “What’s in a PIN?” Like us on Facebook