PR Newswire, South Burlington, Vt., February 3, 2016
Attention, frozen dessert fans unable – or choosing not to - consume dairy; your long wait is over! Now is the time to raise spoons in celebration of an all-new, Non-Dairy flavor line up. At last fans can dive deep into a decadent pint and experience all the chunks and swirls Ben & Jerry’s is known for, but this time in a Certified Vegan, almond milk-base indulgence. The new lineup includes a quartet of flavors ready for spooning, including:

For years, Non-Dairy fans have been forced to watch ice cream consumers with envy and were unable to participate in a truly indulgent frozen dessert experience. Now the tables have turned. Non-Dairy and vegan consumers can enjoy two classic Ben & Jerry’s flavors as well as a two Non-Dairy exclusive flavors all to satisfy their indulgence cravings.

“Creating these new flavors with a Non-Dairy base composition that meets the high expectations of Ben & Jerry’s consumers was quite a challenge,” said Flavor Guru Kirsten Schimoler. “We wanted to bring the same fun with all of the creamy, funky, and chunky swirls plus the Ben & Jerry’s flavor excitement to our Non-Dairy fans and we nailed it!”

The new flavor line up is available in pints (MSRP: $5.69) and P.B. & Cookies will be scooped up by our Scoop Shops nationwide. To learn more about Ben & Jerry’s new flavors or to find a store near you, visit www.benjerry.com. 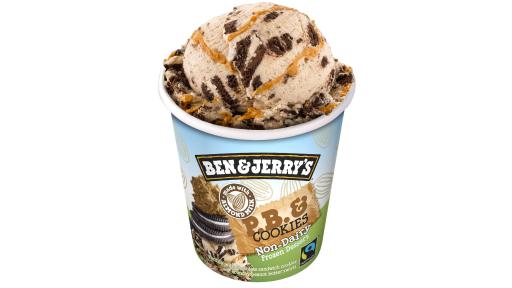 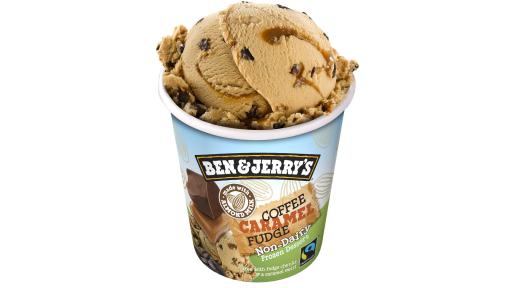 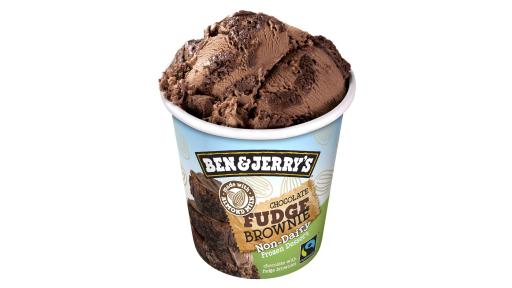 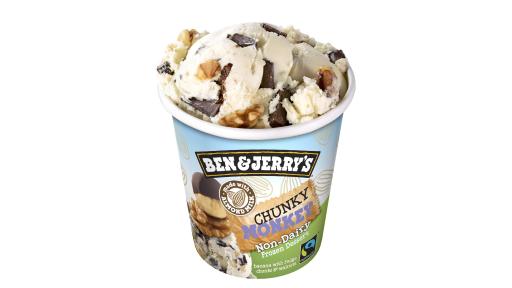 ABOUT BEN & JERRY’S
As an aspiring social justice company, Ben & Jerry’s believes in a greater calling than simply making a profit for selling its goods. The company produces a wide variety of super-premium ice cream, yogurt and sorbet using high-quality ingredients. Ben & Jerry’s incorporates its vision of Linked Prosperity into its business practices in a number of ways including a focus on values-led sourcing. Ben and Jerry’s products are distributed in 35 countries in supermarkets, grocery stores, convenience stores, franchise Ben & Jerry’s Scoop Shops, restaurants and other venues. Ben & Jerry’s, a Vermont corporation and wholly-owned subsidiary of Unilever, operates its business on a three-part Mission Statement emphasizing product quality, economic reward and a commitment to the community. Ben & Jerry’s became a certified B Corp (Benefit Corporation) in 2012. The Ben & Jerry’s Foundation’s employee-led grant programs totaled $2.4MM in 2015 to support economic and social justice, environmental restoration, and peace through understanding. For the inside scoop on Ben & Jerry’s visit www.benjerry.com.