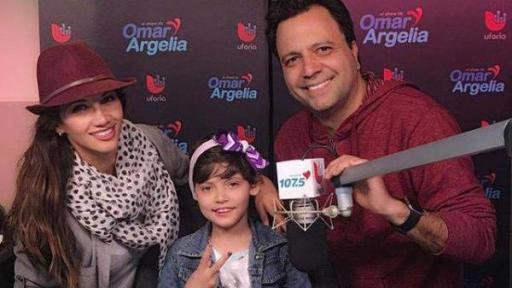 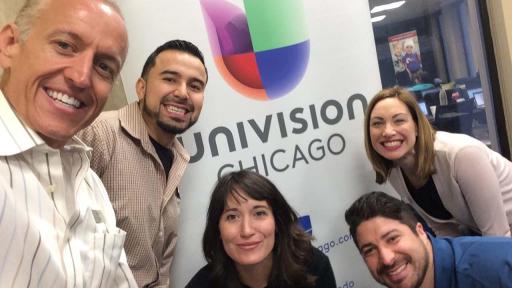 St. Jude Children’s Research Hospital is leading the way the world understands, treats and defeats childhood cancers and other life-threatening diseases. Thanks to events like this one, families never receive a bill from St. Jude for treatment, travel, housing or food – because all a family should worry about is helping their child live.

By collaborating with Univision, coverage of the St. Jude mission extended across several of their platforms to reach Hispanic consumers from coast to coast who stay connected via its radio network, television affiliates, network programs, websites and social media. St. Jude content included more than 30 hours of radio programming and featured several patient family stories.

“I am proud of our steadfast commitment to St. Jude Children’s Research Hospital and our community through this annual radio event,” said Randy Falco, president and CEO of Univision Communications Inc. “St. Jude’s mission and dedication to such an important cause aligns with our vision as a mission-driven Company and we are pleased to partner and create awareness and support among our radio listeners.” 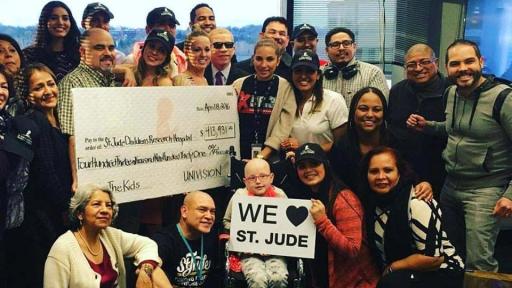 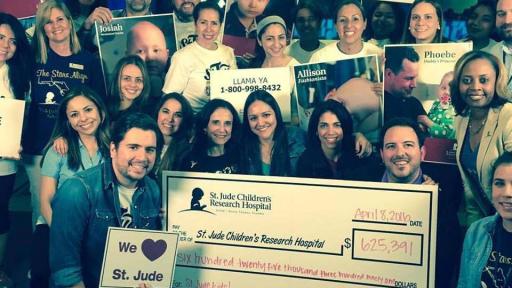 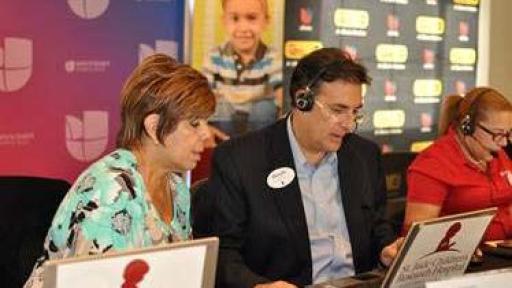 Univision radio listeners still have the opportunity to become Angeles de Esperanza (Angels of Hope) by pledging to make a monthly donation of $20 or more by calling 1-800-998-8432 or visiting promesayesperanza.org.

Since the partnership’s inception in 2006, the St. Jude/Univision national radio event has raised more than $56 million dollars.

“The dedication and passion from everyone at Univision this year was truly remarkable,” said Richard Shadyac Jr., President and CEO of ALSAC, the fundraising and awareness organization for St. Jude Children's Research Hospital. “From radio talent who also shared their broadcasts on social media, to national TV personalities that told St. Jude patient families stories while proudly wearing a St. Jude lapel pin; their efforts will help St. Jude doctors and researchers find cures for children fighting cancer and other life-threatening diseases.”

About St. Jude Children’s Research Hospital
St. Jude Children’s Research Hospital is leading the way the world understands, treats and defeats childhood cancer and other life-threatening diseases. It is the only National Cancer Institute-designated Comprehensive Cancer Center devoted solely to children. Treatments invented at St. Jude have helped push the overall childhood cancer survival rate from 20 percent to 80 percent since the hospital opened more than 50 years ago. St. Jude is working to drive the overall survival rate for childhood cancer to 90 percent, and we won’t stop until no child dies from cancer. St. Jude freely shares the discoveries it makes, and every child saved at St. Jude means doctors and scientists worldwide can use that knowledge to save thousands more children. Families never receive a bill from St. Jude for treatment, travel, housing or food – because all a family should worry about is helping their child live. Join the St. Jude mission by visiting stjude.org, liking St. Jude on Facebook (facebook.com/stjude) and following us on Twitter (@stjude).