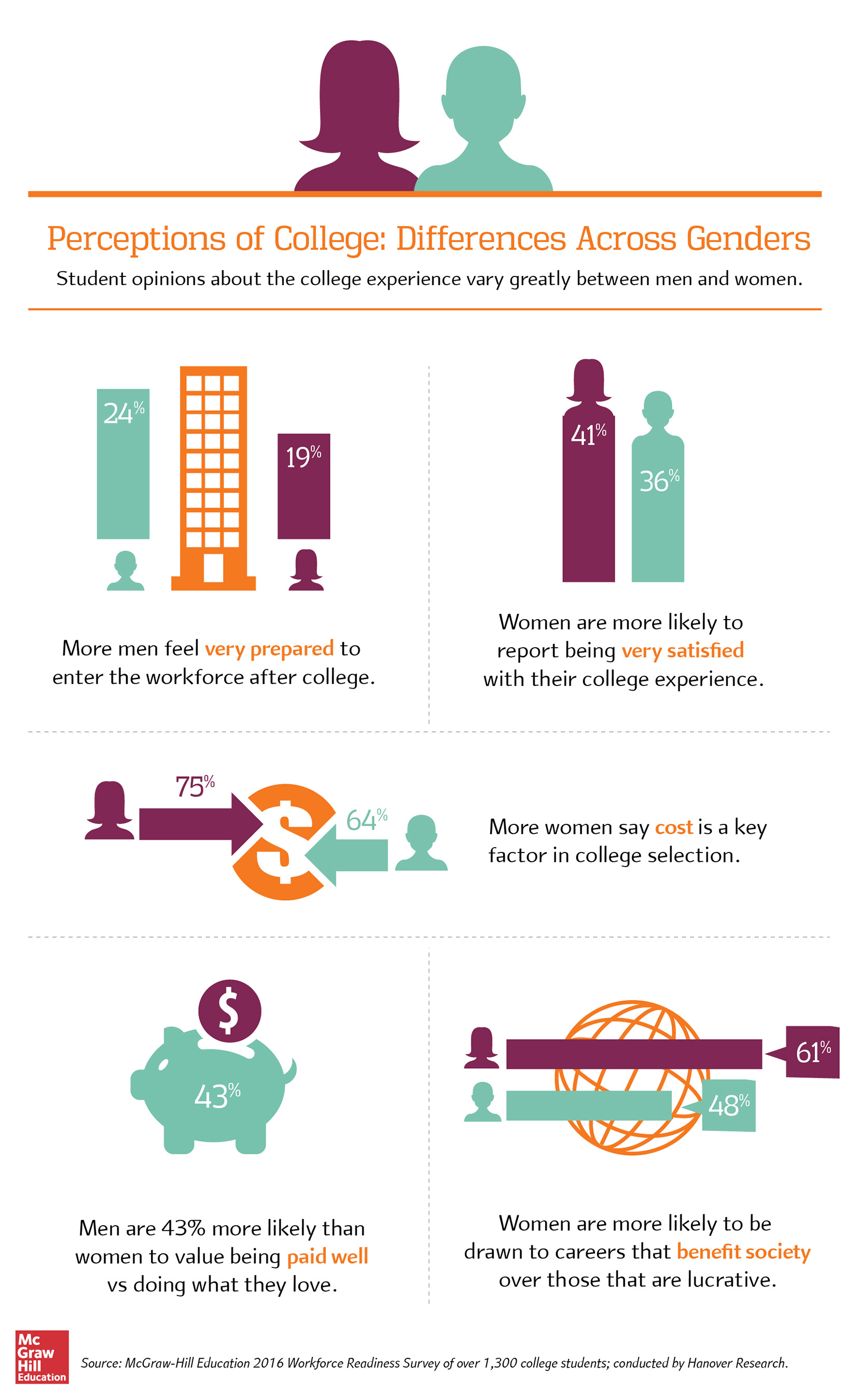 Men are more likely than women to feel “very prepared” for their careers; Arts & Humanities majors are three times as likely as other students to feel “not at all prepared” for careers, according to McGraw-Hill Education’s 2016 Workforce Readiness Survey

PR Newswire, NEW YORK, N.Y. (June 1, 2016) – Only four in 10 college seniors, and a similar number of college students overall, feel their college experience has been very helpful in preparing for a career, according to the results of McGraw-Hill Education’s third annual Workforce Readiness Survey, released today. Over the last two years, the perceived importance of preparing for careers while in college appears to be on the rise, yet certain college students – including humanities majors and women – continue to report lower career confidence than their peers.

“Despite the increasing cost of attending college, it continues to be a great investment for young people to make in their futures if they graduate,” said Peter Cohen, McGraw-Hill Education's group president of U.S. education. “It should be our collective goal to maximize the experience – whether in community colleges, four-year colleges or graduate programs – so students can feel confident they’ll have a successful career after finishing their higher education journey. While no two students’ career aspirations are the same, every college graduate deserves to enter the workforce with the confidence that their degree was worth the investment.” 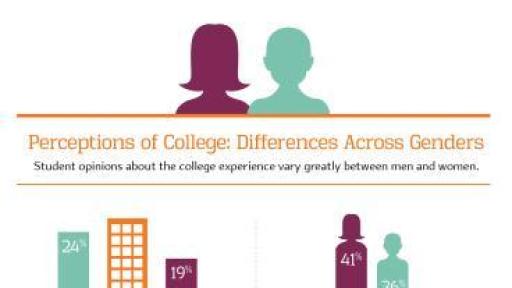 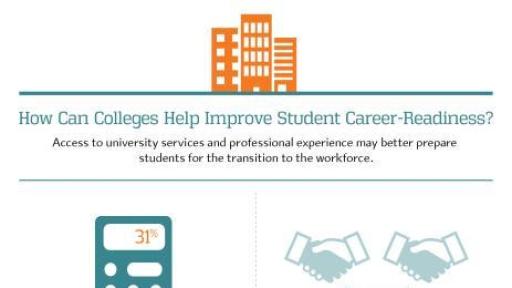 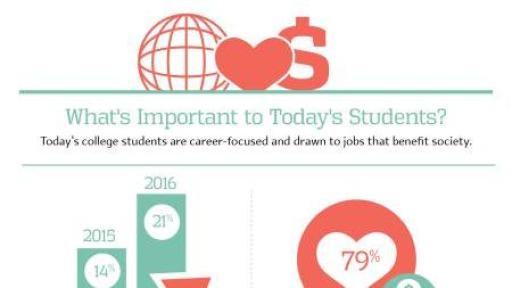 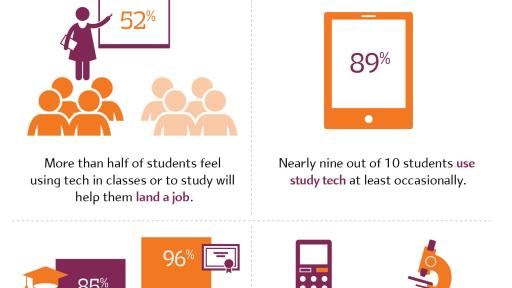 What if Community College Was Free? 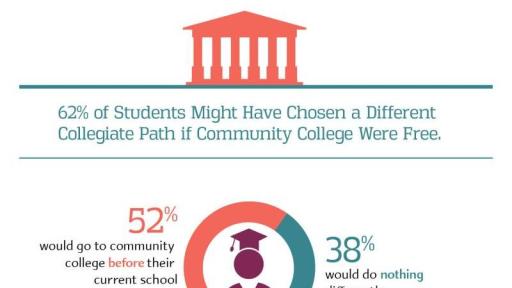 Some of the differences in perceived career preparedness among specific groups included:

Despite the lower cost, retention, and graduation rates, students in community colleges are as likely to feel prepared for careers and be satisfied with their collegiate experience as students at four-year colleges.

The results of the survey also point to several areas in which students feel their colleges could have done more to help them prepare for their careers. While students report that they are increasingly satisfied with their overall college experience (79 percent in 2016, compared to 65 percent in 2014), an increasing percentage report that they would have preferred their schools to provide:

College students are more focused on preparing for their careers than they were just a few years ago:

In planning for their job search, students value their “soft skills,” but indicate that those skills could be developed further:

A significant portion of students says they are unsure their major will help them get a job:

Some students see benefits of classroom technology that extend far beyond the classroom:

Survey Methodology
The survey was conducted by Hanover Research (www.hanoverresearch.com) among 1,360 U.S. college students during March and April 2016, using an online survey.

About Hanover Research
Founded in 2003, Hanover Research is a global research and analytics firm that provides high quality, custom research through an annual, fixed-fee model for clients in the corporate, education, and healthcare sectors. Headquartered in Arlington, Virginia, Hanover employs high-caliber market researchers, analysts, and account professionals to deliver a robust service infrastructure that is revolutionary in its combination of flexibility and affordability. To learn more about Hanover Research, visit www.hanoverresearch.com.