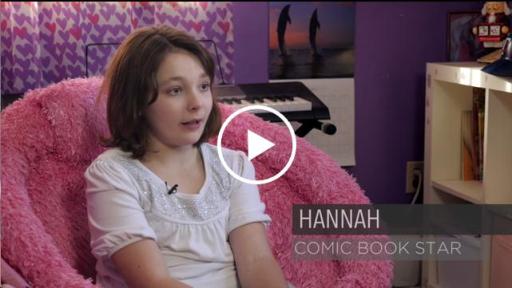 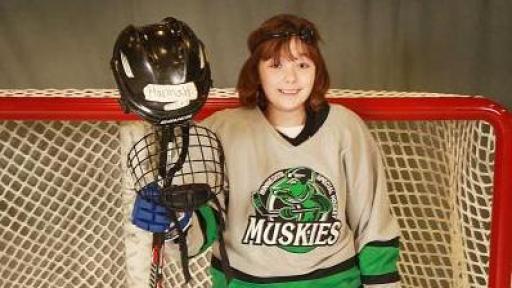 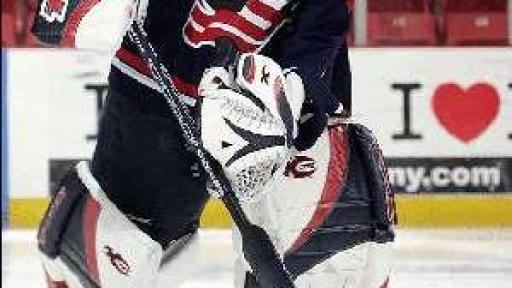 Fourth Comic Book in the Series “Medikidz Explain Epilepsy” Launching at the 2016 National Walk for Epilepsy in Washington, D.C.

PR Newswire, Woodcliff Lake, NJ, April 14th 2016
Eisai Inc. announces the launch of “Medikidz Explain Playing Sports with Epilepsy,” a new comic book featuring Olympic Medalist Chanda Gunn and young athlete Hannah, both of whom are living with epilepsy. The book, which is the fourth book from the “Medikidz Explain Epilepsy” comic book series, will be launching at the National Walk for Epilepsy in Washington, D.C. this Saturday, April 16th. Both Chanda and Hannah will be in attendance with the rest of the epilepsy community at the walk to reduce the stigma associated with this condition.

Through Hannah’s story, the book shows how to come to terms with, and ultimately overcome, some of the obstacles of living with this challenging medical condition. After initially struggling with her epilepsy diagnosis, Hannah was contemplating giving up her dream of playing hockey. However, after some help from the “Medikidz,” Hannah is able to travel back in time to see Chanda play hockey at Hannah’s age, and reveal what is possible in life. The book tells a story of perseverance and success and was created to educate and inspire others.

“Having been diagnosed when I was nine years old, I am no stranger to the stigma that is associated with epilepsy,” said Chanda Gunn. “As a spokesperson for Athletes vs Epilepsy and a part of this Medikidz initiative, I am proud to be a part of programs that are helping increase awareness and understanding about epilepsy. While I used to struggle with opening up to others about my condition, I soon learned how important it is for people to better understand what epilepsy is and what’s possible despite its challenges.”

Epilepsy, a disease of the brain characterized by unprovoked seizures that can affect a variety of mental and physical functions, is the fourth most common neurological condition and affects more than 65 million people worldwide.

“Given the prevalence of epilepsy, it is important for people to understand the facts associated with this condition,” said Blanca Vazquez, MD, Director of Clinical Trials and the International Program at the NYU Epilepsy Center and Director of NYU/Lutheran Epilepsy Program. “Resources such as the ‘Medikidz Explain Epilepsy’ book series can truly help others relate to a day in the life of someone living with epilepsy, as well as help inspire people struggling with epilepsy through the positive, real-life stories featured in the books.”

“Eisai is dedicated to furthering education about epilepsy and is committed to reducing the stigma often associated with the condition,” said Tim Clark, Senior Director, Government Affairs, Policy and Corporate Advocacy, Eisai. “The ‘Medikidz Explain Epilepsy’ series underscores that commitment, and delivers engaging and age-appropriate educational materials to children who are living with epilepsy so they can better understand and explain their disease to others.”

The series is peer-reviewed by leading medical professionals. To order a free copy of “Medikidz Explain Playing Sports with Epilepsy,” and to learn more about the other comic books in the series, visit www.advancingepilepsycare.com.

About Athletes vs Epilepsy
Athletes vs Epilepsy is a nationwide program for athletes, coaches, volunteers, and fans. The initiative brings epilepsy and seizure awareness to different sports through participation by athletes of all ages and skill levels, as well as their supportive friends, family, and fans. The program seeks to raise awareness, build participation, and help fund the Epilepsy Foundation’s mission. The Epilepsy Foundation, a national non-profit with affiliated organizations throughout the United States, has led the fight against seizures since 1968. The Foundation's goals are to ensure that people with seizures are able to participate in all life experiences; and to prevent, control and cure epilepsy through services, education, advocacy and research, so not another moment is lost to seizures.

About Eisai Inc.
At Eisai Inc., human health care is our goal. We give our first thoughts to patients and their families, and helping to increase the benefits health care provides. As the U.S. pharmaceutical subsidiary of Tokyo-based Eisai Co., Ltd., we have a passionate commitment to patient care that is the driving force behind our efforts to help address unmet medical needs. We are a fully integrated pharmaceutical business with discovery, clinical, manufacturing and marketing capabilities. Our key areas of commercial focus include oncology and specialty care (Alzheimer’s disease, epilepsy and metabolic disorders). To learn more about Eisai Inc., please visit us at www.eisai.com/US.

Eisai Inc. has affiliates that are part of a global product creation organization that includes R&D facilities in Massachusetts, New Jersey, and Pennsylvania, as well as a global demand chain organization that includes facilities in Maryland and North Carolina. Eisai’s global areas of R&D focus include neuroscience; oncology; metabolic disorders; vascular, inflammatory and immunological reaction; and antibody-based programs.

To order a copy of the latest book and to learn more about Hannah, visit www.advancingepilepsycare.com Tweet

About Hannah  About Chanda  About Dr. Vazquez 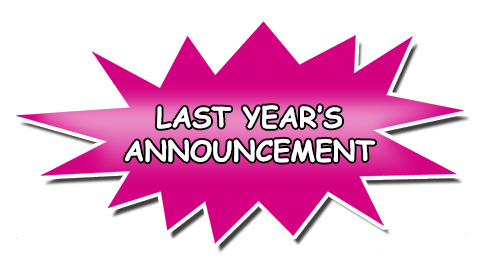