PR Newswire – New York, April 20, 2016
The Ad Council and the Natural Resources Defense Council today launched “Save The Food,” a major national public service campaign to combat food waste from its largest source—consumers, who collectively waste more food than grocery stores, restaurants or farms. The initiative hopes to encourage consumers to reduce the amount of food they trash in their homes, thereby saving the water, energy and money that are lost along with it. Watch the TV ad here.

“As it turns out, we can’t blame the epidemic of food waste on our kids’ aversion to vegetables. We’re all culprits here, tossing out staggering amounts of food in kitchens nationwide,” said NRDC President Rhea Suh. “But with small steps, we can save large amounts of food —and along with it, money and precious natural resources. The more food we save, the more we can share with hungry Americans, the more we can reduce climate pollution, and the more water won’t go to waste.”

In the U.S., 40 percent of all food goes uneaten each year, at a cost of $162 billion annually. Consumers are responsible for 40 percent of this waste—more than any other part of the supply chain. It’s a problem that costs the average family of four roughly $1,500 per year.

This waste also has massive environmental impacts. Food is the single largest component of solid waste in U.S. landfills, and about 25 percent of our nation’s fresh water is used to grow food that gets trashed. On top of that, if global food waste was a country, it would have the largest carbon footprint after the U.S. and China, as a result of carbon pollution created from growing, cooling, transporting and disposing of uneaten food.

“Altering consumer awareness and perception around the issue of food waste could have significant environmental, social and economic impact on our country,” said Lisa Sherman, Ad Council President & CEO. “By taking just a few simple steps around food storage, preservation, and use, the home cook has an incredible opportunity to reduce waste and minimize their environmental footprint.”

The ‘Save the Food’ PSAs were developed pro bono by SapientNitro. The TV ad chronicles the life of a single strawberry—from the farm to the supermarket to its ultimate destination: the trash. Michael Giacchino's Academy Award Winning soundtrack from the critically acclaimed movie “Up” serves as the music for the spot thanks to a donation from Disney. In addition to the TV spot, the campaign includes out of home, print and web advertising, all of which are running entirely in space and time donated by the media. The integrated campaign also includes new social communities on Facebook, Twitter, Instagram and Pinterest and support from key partners including Getty Images, BuzzFeed, Social Native, Upworthy and notable influencers like chef Tom Colicchio.

“The new creative addresses a basic disconnect in our homes. No one likes to waste but the vast majority of Americans don’t think about food waste as a problem,” said Gary Koepke, Chief Creative Officer for North America of SapientNitro. “The Save The Food campaign not only highlights the amount of food we waste in America, but also the effort and resources it takes to bring food into our homes. Ultimately the campaign will help change our social norms and behaviors around food waste.”

All campaign assets direct audiences to SaveTheFood.com, where they can learn more about the consequences of food waste and find resources on how to reduce the amount of food they waste themselves. This includes tips on making use of leftovers, properly storing different foods, and developing meal and shopping plans.

“It’s not just good food getting thrown away that upsets me as a chef,” said Tom Colicchio, head judge on Bravo’s hit reality cooking series Top Chef, chef/owner of Craft restaurants & ‘wichcraft, and co-founder of Food Policy Action. “It’s that everything that goes into producing that food—the land, the water, the climate pollution, the labor, and the love it takes to get it to the plate—all of it also gets wasted. We have a great opportunity to fix this problem. Stopping food waste starts at home.”

The new campaign will be unveiled today at the 2nd Annual Food Tank Summit in Washington, D.C., before top food industry academics, policy-makers, farmers, chefs, and other stakeholders.

The effort is the latest step in a national trend to examine and reduce food practices that result in waste. This past September, the Obama Administration announced the nation’s first-ever food waste reduction goal, calling for a 50 percent cut by 2030; days later the U.N. set a similar target internationally. A report released last month by ReFED – a collaboration of over 30 business, government, investor, foundation and nonprofit leaders – identified consumer education campaigns as one of the best ways to cut U.S. food waste and put the country on track to its reduction target.

“Consumer awareness and education is the most important solution to reduce wasted food,” said Priceline.com co-founder Jesse Fink, now food waste evangelist and Trustee of the Fink Family Foundation, seed funder of Ad Council and ReFED initiatives. “The Ad Council campaign will be the major contributor to attitude and behavioral change.” 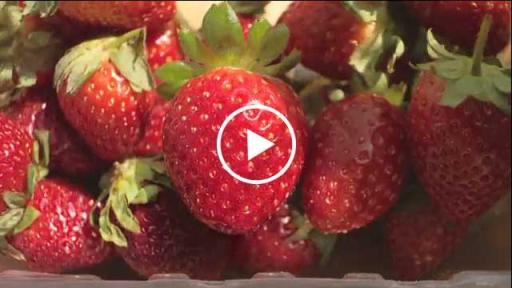 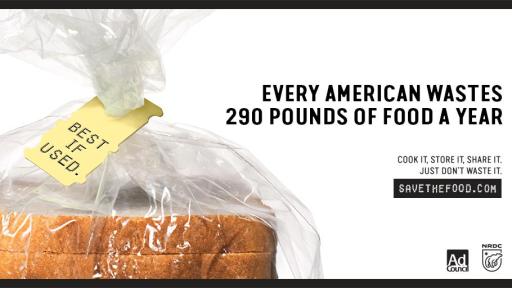 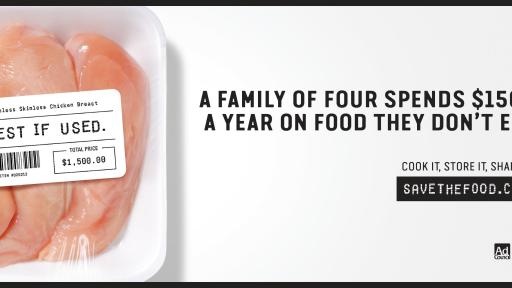 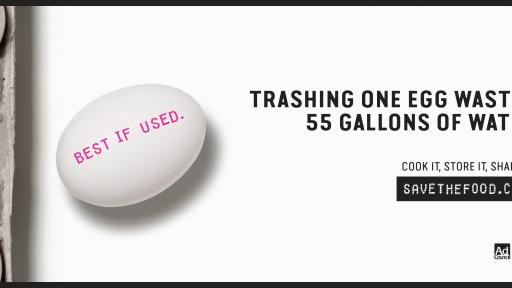 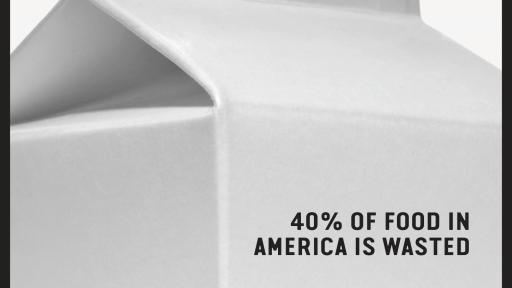 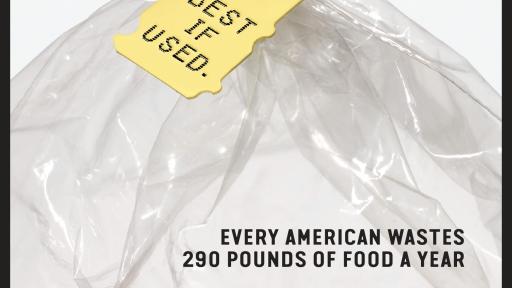 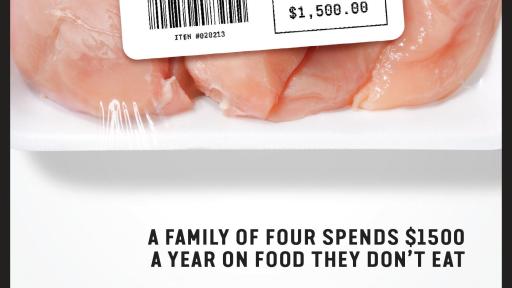 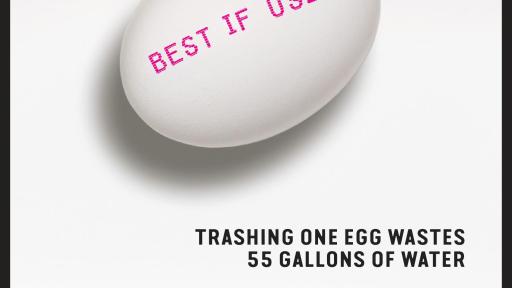 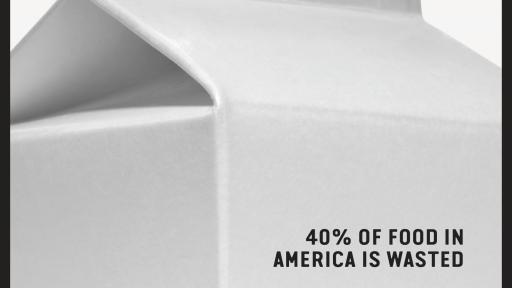 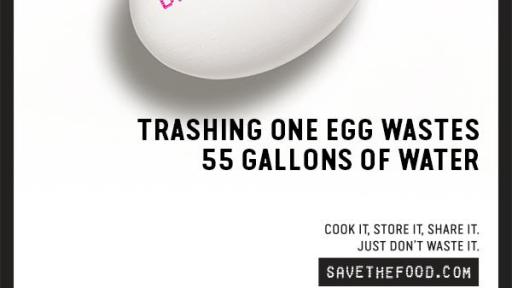 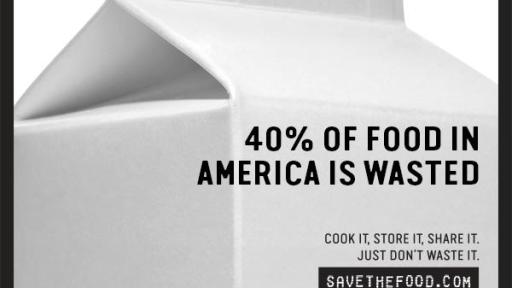 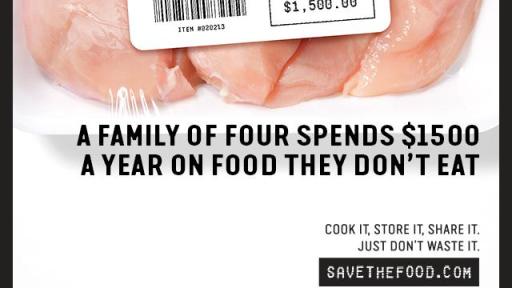 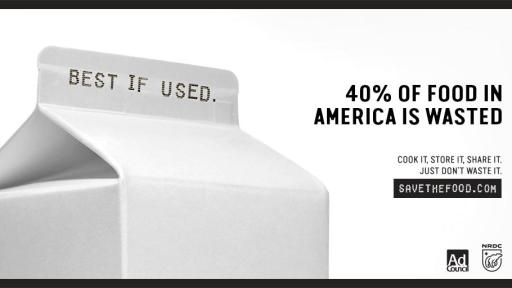 Our food's journey from seed to plate is a celebrated one - until it is thrown away. #SaveTheFood Tweet

The Ad Council
The Ad Council is a private, non-profit organization with a rich history of marshaling volunteer talent from the advertising and media industries to deliver critical messages to the American public. To learn more about the Ad Council and its campaigns, visit https://www.adcouncil.org/, like us on Facebook, follow us on Twitter or view our PSAs on YouTube.

SapientNitro
SapientNitro®, part of the Publicis.Sapient platform, is a new breed of agency redefining storytelling for an always-on world. We’re changing the way our clients engage today’s connected consumers by uniquely creating integrated, immersive stories across brand communications, digital engagement, and omni-channel commerce. We call it our Storyscaping® approach, where art and imagination meet the power and scale of systems thinking. SapientNitro’s unique combination of creative, brand and technology expertise results in one global team collaborating across disciplines, perspectives and continents to create game-changing success for our Global 1000 clients, such as FIAT Chrysler Automobiles, The Coca-Cola Company, Lufthansa, Target and Vodafone, in 31 cities across The Americas, Europe and Asia-Pacific. For more information, visit www.sapientnitro.com.