PR Newswire, Durham, NC., May 17, 2016
I scream, you scream, we all scream… for voting rights. Ben & Jerry’s, the ice cream maker known for its progressive values and fun as much as their chunk and swirl laden ice cream, is back at it again. The company, which has never shied away from controversy, is tackling a not so new challenge: the nation’s democracy. The company chose North Carolina to launch its newest flavor and “Democracy Is In Your Hands’ campaign because it is at the epicenter of the fight for voting rights in the United States. Almost immediately following the 2013 Supreme Court decision invalidating a critical section of the Voting Rights Act of 1965, North Carolina passed a package restrictive voting policies that disproportionately impact black, Hispanic, and younger voters.

“We’re here today with Reverend Barber and many others to stand up for the right to participate in our democracy, a right that so many people fought and died for. Since our country’s inception, many brave Americans have battled to expand voting rights and voter access for African Americans, for women, and young people, but the recent passage of restrictive policies in North Carolina takes our country backwards,’ said Ben Cohen, Cofounder of the ice cream company. 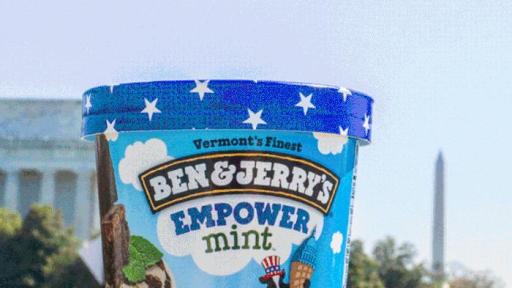 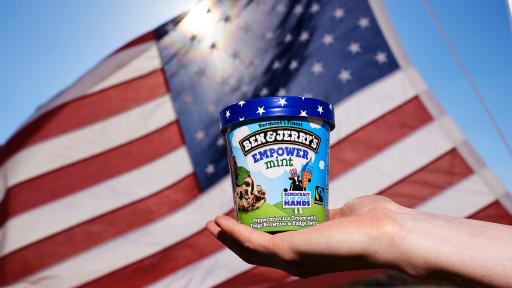 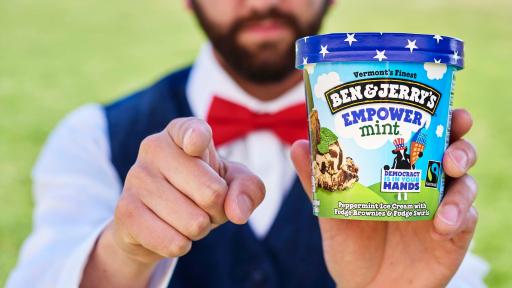 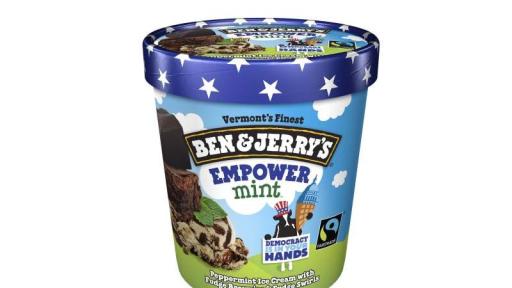 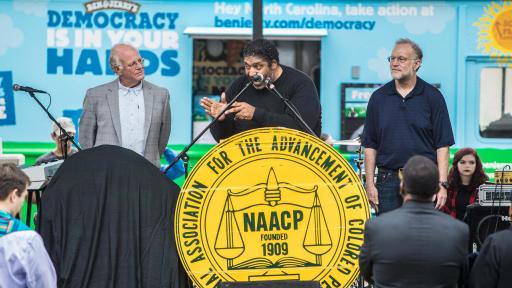 Just two weeks before launching this their newest flavor, Ben Cohen and Jerry Greenfield were proud to join Reverend Barber and hundreds of other civil rights, environmentalists, union leaders, and money out of politics advocates in taking direct action at the Capitol in Washington, DC as part of the Democracy Awakens mobilization. Cohen and Greenfield were arrested in an act of non-violent civil disobedience with Reverend Barber and hundreds of others activists who called on elected leaders to defend the rights of all voters and get big money out of the political system.

Empower Mint is fudge-filled and reminds us that everyone deserves an equal serving of democracy! Tweet

The Democracy Is In Your Hands campaign is a year long effort focused on getting fans and citizens alike to take a stand in support of democracy that truly represents the needs of all Americans. The campaign will engage hundreds of thousands of Americans around an evolving set of calls to action, including Voting Rights Act reauthorization and voter registration. The Empower Mint flavor brings the campaign to life in freezer cases around the country. The flavor is a creamy peppermint ice cream laden with fudge brownies and fudge swirls. It can be found at Ben & Jerry’s scoop shops nationwide as well as at retail locations in pints as a Limited Batch flavor. To learn more about Ben & Jerry’s Democracy Is In Your Hands Campaign, visit benjerry.com/democracy

ABOUT BEN & JERRY’S
As a social justice company, Ben & Jerry’s believes in a greater calling than simply making a profit. Ben & Jerry’s incorporates Linked Prosperity into its business practices in a number of ways including a focus on values-led sourcing. The company produces a wide variety of super-premium ice cream, non-dairy frozen dessert, yogurt and sorbet using high-quality, responsibly sourced ingredients. Ben & Jerry’s, a Vermont corporation and wholly-owned subsidiary of Unilever, operates its business on a three-part Mission Statement emphasizing product quality, economic reward and a commitment to the community and became a certified B Corp (Benefit Corporation) in 2012. Ben & Jerry’s products are distributed in over 35 countries in retail, franchised Ben & Jerry’s Scoop Shops, restaurants and other venues. The Ben & Jerry’s Foundation’s employee-led grant programs totaled $2.4MM in 2015 to support efforts to improve social and environmental justice throughout the United States. For the inside scoop on Ben & Jerry’s visit www.benjerry.com.