PR Newswire, New York City (September 14, 2016)
The Drone Racing League (DRL), global leader of elite First Person View (FPV) drone racing, today announced key multi-year, international event and media distribution agreements with three world-renowned sports broadcast and media companies including ESPN (North, South and Central America and the Caribbean), Sky (UK and Ireland) and 7Sports, the sports business cluster of ProSiebenSat.1 Media SE (DACH). Airing as 10, one-hour episodes, the 2016 DRL season covers five races including a winner-take-all world championship to crown the best drone pilot. DRL will also partner with MGM Television to develop unscripted shows, executive produced by prolific producer Mark Burnett, exploring the world of DRL, its pilots and technology, allowing existing fans to get a deeper look at the league while bringing new fans to the sport. The broadcasts will air starting this October on ESPN/ESPN 2, Sky Sports Mix and ProSiebenSat.1 platforms on free-TV, pay-TV and digital channels, and will feature 25 of the fastest FPV pilots from more than eight countries competing for a professional contract in the 2017 season and the coveted title, “World’s Greatest Drone Pilot.”

“This is an incredibly exciting day for DRL. Our team has worked tirelessly to develop the technology, racecourses, and sporting rules needed to deliver the most elite, competitive, and thrilling drone racing league on the planet. We can’t wait to share it with fans around the world,” said DRL CEO/Founder Nicholas Horbaczewski. “Having distribution and strategic agreements with ESPN, Sky and 7Sports will bring DRL to tens of millions of viewers around the globe while reflecting a collective commitment to DRL from the world’s best sport broadcasting companies. Our partnership with MGM Television, led with the keen eye and creativity of Mark Burnett and his team, will introduce new audiences to the sport. With their expertise and our industry leading technology, media production and development of the best competitive racing, we believe we can truly grow a global franchise around this futuristic, high-speed racing sport.”

DRL races feature six pilots each flying a custom designed, hand built and identical DRL drone, the DRL Racer 2, through complex, thematic, three-dimensional racecourses that have been compared to a real life video game. To capture this high speed, aerial sport, DRL manages race production in-house with a team of broadcast sports experts led by DRL Head of Media, Tony Budding. The DRL media team creates and continues to innovate a custom-designed broadcast and race infrastructure to capture the fast, close proximity racing. ESPN, Sky Sports and 7Sports will each help DRL reach new audiences across their broadcast and digital channels, while delivering FPV to a new generation of racing fans. 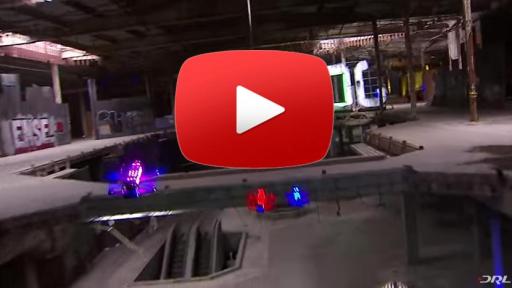 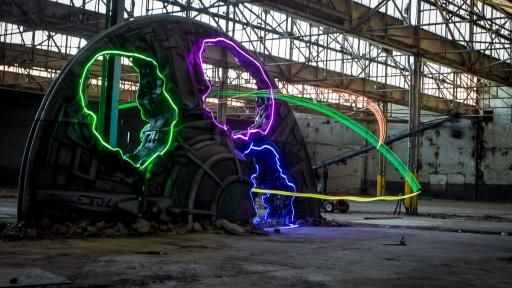 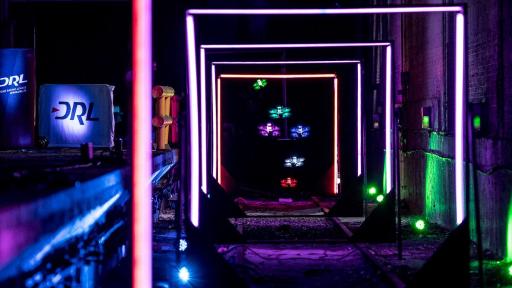 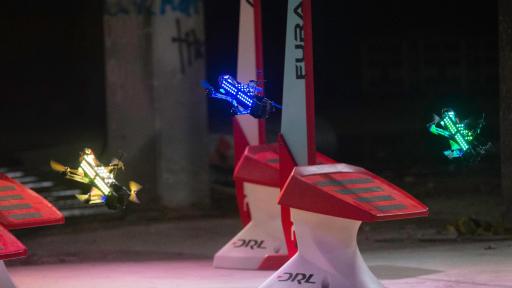 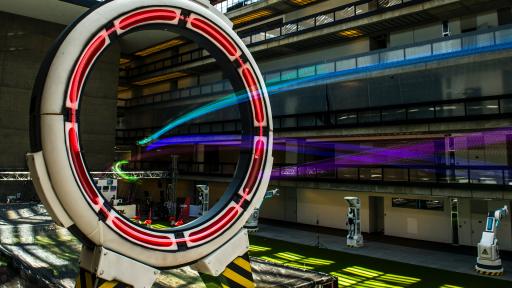 DRL and MGM Television are partnering to develop DRL content across a range of unscripted programming, leveraging MGM’s role and credibility as the global force in creative format development and production. Enabled by the proprietary technology developed by DRL, including drones and radio frequency tech, MGM Television will have the capability to develop the most original and unique content in the drone space, an industry driven by exponential consumer growth over the past two years. In addition to the content partnership, MGM will also be investing directly into DRL.

“The world of drone racing is so incredible on every level that we wanted to be at the forefront telling the stories of these individuals and their passion for racing to an audience that will absolutely be transfixed by this sport, and this is just the beginning,” said executive producer and MGM’s President, Television and Digital Group, Mark Burnett. “We at MGM are excited to both be creating and investing in the Drone Racing League.”

The ESPN/ESPN2 telecast schedule in the U.S.:

CLOSE OF $12 MILLION INVESTMENT ROUND

DRL also announced the close of a more than $12 million investment round, led by RSE Ventures and Lux Capital. "The thrill and excitement of the races rivals our thrill and excitement as investors, just as the rise, velocity and smart risk-taking of the company matches that of the drones and their pilots," said DRL investor and Lux Capital partner Adam Goulburn. In addition to Sky, Prosieben and MGM, the financing also includes: Hearst Ventures, CAA Ventures, Gary Vaynerchuk with Vayner/RSE, Courtside Ventures, Sierra Maya Ventures, Strauss Zelnick (CEO of Take-Two Interactive Software), Rikard Steiber (SVP of Virtual Reality at HTC/Vive), Matthew Bellamy (lead singer of the band Muse), Allen Debevoise (founder of Machinima), and Grant Gittlin (CXO of Medialink).

SPORT OF THE FUTURE

Drone racing is a rapidly growing sport with a passionate global fan base and dozens of amateur events being held around the world. To raise the competition and supporting media to a professional level, DRL has invested heavily in custom designed racing drones and proprietary technology. The hand built drone fleet of more than 300 drones navigates one-of-a-kind courses built through abandoned malls, NFL stadiums, and subway tunnels at speeds in excess of 80 MPH. To fly DRL’s unique, three-dimensional courses, pilots control the drone via remote control, wearing goggles that show a live video feed from the drone’s cockpit. Pilots experience an adrenaline rush from the immersive perspective, creating a perfect blend of physical and virtual worlds – a real life video game.

ABOUT ESPN
ESPN, Inc. is the leading multinational, multimedia sports entertainment company featuring the broadest portfolio of multimedia sports assets with over 50 business entities. With eight US television networks, 26 television networks outside of the United States, the leading collection of digital sports properties globally, and a variety of additional businesses that allow ESPN to reach hundreds of millions of sports fans across all seven continents. With 7,000 employees worldwide, ESPN produces 51,000 hours of live event/studio programming annually. Headquartered in Bristol, Conn., the company is 80 percent owned by ABC, Inc., an indirect subsidiary of The Walt Disney Company. The Hearst Corporation holds a 20 percent interest in ESPN.

ABOUT SKY
Sky is Europe's leading entertainment company, serving 22 million customers across five countries: UK, Ireland, Germany, Austria and Italy. We offer the best and broadest range of content, deliver market-leading customer service and use innovative new technology to give customers a better TV experience, whenever and wherever they choose. Sky has annual revenues of £12 billion and is Europe's leading investor in television content with a combined programming budget of £5.2 billion. The group employs 30,000 people and is listed on the London Stock Exchange (SKY).

ABOUT 7SPORTS
As the sports business cluster of ProSiebenSat.1, 7Sports bundles the entire group’s innovative and digital sports portfolio. In this manner, 7Sports strives to build digital sports platforms, expand and exploit the 360° marketing power of exclusive sports productions, manage young talent and professional athletes, and produce first-class sporting events. 7Sports benefits from the ProSiebenSat.1 Group’s many years of experience with popular sports brands like ran.de and the successful acquisition of new platforms such as Sportdeutschland.TV, 90min.com, and EverSport.tv. This complementarity creates ideal synergies across the individual sports segments. Backed by the marketing power of ProSiebenSat.1 in the sports environment, 7Sports is one of the most valuable platforms for sports-oriented advertisers, co-investors, and professional athletes in the German-speaking world.

ABOUT DRL
DRL is the premier drone racing circuit for elite FPV pilots around the world. A sports and media company, DRL combines world-class flight skill and proprietary technology to create thrilling drone racing content with mass appeal. In 2016 DRL is hosting a global events series culminating in a World Championship. Founded by Nicholas Horbaczewski in 2015, DRL is a privately held company headquartered in NYC. For more information on the 2016 race season, visit www.drl.io. To join the conversation, follow DRL on Facebook at facebook.com/thedroneracingleague, on Twitter @DroneRaceLeague, and on Instagram @thedroneracingleague.