The network will begin broadcasting on Monday, October 17 at 8 PM on Channel 3 over the air, Channel 118 on Sky and Izzi, and Channel 1118 on Sky HD

Aware of its historic role as the first over the air television network launched in Mexico in more than 20 years, Imagen Televisión is affirming its commitment to be a new media option for Mexican audiences that connects everyone, and where everyone’s ideas have a place – a network that inspires younger generations, looks at the world through a different lens and paves the way for new possibilities. 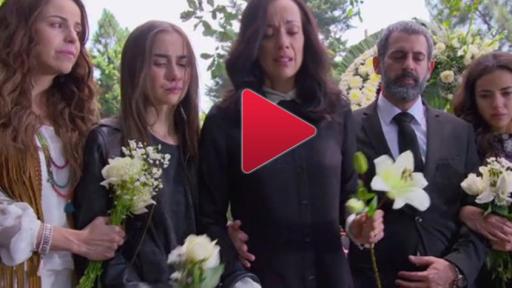 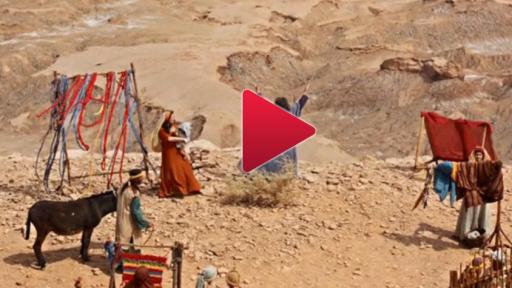 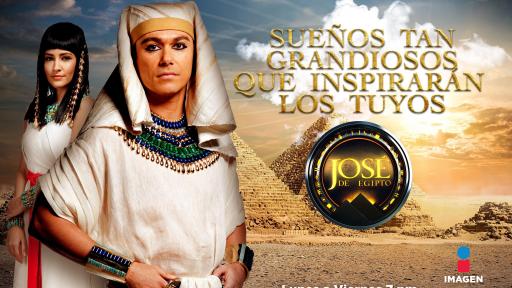 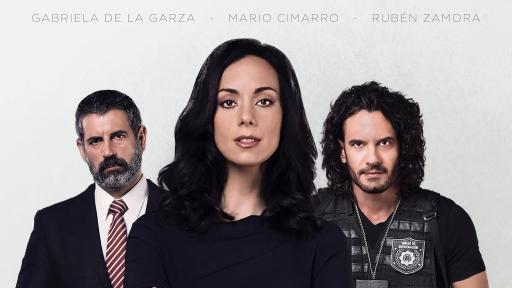 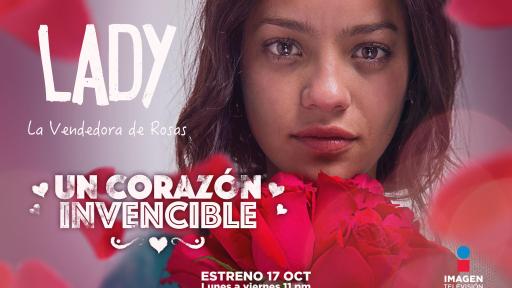 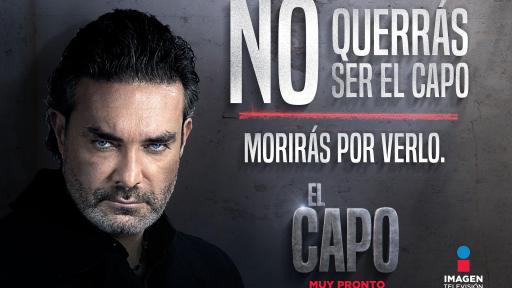 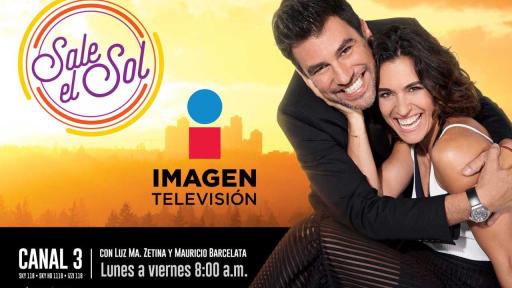 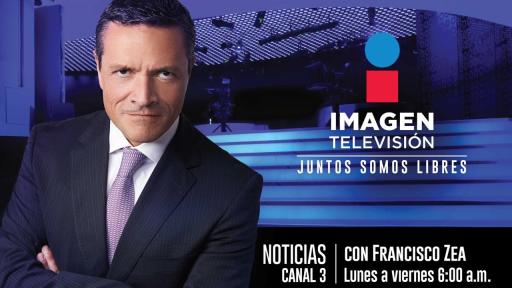 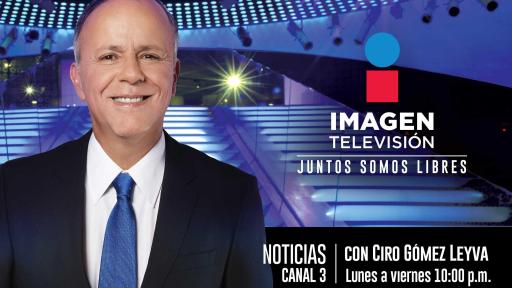 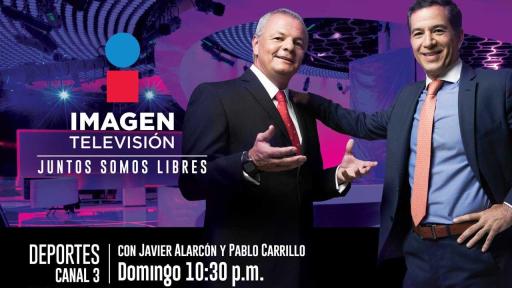 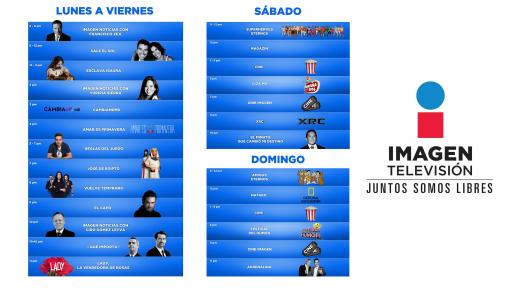 Starring Gabriela de la Garza, Mario Cimarro and Rubén Zamora, Imagen Televisión’s first original series, produced with Argos, was shot in Mexico with the highest production standards.  Vuelve Temprano tells the story of Clara and Santiago, a couple that seems to have the perfect life until everything comes crashing down and they realize they know much less about their own children than they ever would have believed.

Full of suspense and intrigue, this gripping narrative explores the fragility of today’s families and raises the profound and terrifying question: at any given moment, do you really know where your children are?

El Capo tells the story of José Vicente Solís Armenta, an outlaw on the run from the law who faces life in prison for his crimes.  After being betrayed by an informant, he has the authorities hot on his trail, determined to take him dead or alive.  All the while trying to evade capture, José Vicente has to contend with the wife he deceived, a murderous ex-lover, and an amorous female bodyguard.

At some point during his war against the authorities, however, José Vicente discovers that the real struggle is not against others but against himself, and that death may be his only path to redemption. You will not want to be El Capo, but you will die to see it.

One of the most successful television biblical series, José de Egipto is the timeless story of Joseph, son of Jacob.  As a boy, he has dreams of greatness but suffers an unexpected betrayal when his own brothers sell him into slavery. But God grants Joseph the ability to interpret dreams, a gift that ultimately leads him to become governor of Egypt.  Brought face to face again with his betrayers, he must decide whether to punish his brothers or forgive them.
This inspiring production shows that even when you touch bottom, your dreams can still come true if you have faith.

This Sony Pictures Television hit production is the true story of Lady Tabares, a poor flower seller who is discovered by a famous film director and cast as the lead in the movie “La Vendedora de Rosas.”

Lady enjoys fame and stardom on the red carpets at the world’s top film festivals. But fairy tales don’t last forever and, barely 20 years old, she is drawn into a complicated web of circumstances that will change her life in drastic ways once more.

From the creators of Avenida Brasil comes Reglas del Juego, nominated for two International Emmy Awards for best telenovela and best actor (Alexandre Neto). This production is the powerful story of a man who hides behind a heroic reputation for rehabilitating ex-convicts to destroy everyone around him.

From the state-of-the-art Imagen News Center, the most comprehensive multimedia team of journalists will generate news content 24 hours a day on multiple platforms, including three daily newscasts.

Imagen Televisión invites you to wake up every morning to friendly faces with a newscast that helps you understand the day’s top stories from a range of outlets, including social media.  Anchor Francisco Zea is committed to audience participation and will welcome constant interaction with the coverage team, which also features Gerardo Liceaga, Sofía Rivera Torres, Capitán Albores, Jimena Duarte and Enrique Villanueva.

Yuriria Sierra anchors this dynamic, fresh and innovative news format that will appeal to viewers of all generations who make viral the stories they find moving, funny or informative. Pablo Carrillo, Rodrigo Pacheco, Hiram Hurtado, Carolina Botia and Óscar Madrazo round out a team that will engage viewers in a conversation about the news every weekday afternoon.

Imagen Noticias evening edition is a program for viewers who have seen the day’s top stories but want to go a step further and evaluate, question and debate their implications.  This is a newscast for people who like to delve deeper into the news, with a focus on the most controversial issues. With special collaboration from David Páramo, Paola Virrueta and Javier Alarcón.

Hosted by Eduardo Videgaray and José Ramón Sancristóbal “El Estaca,” this entertaining news program takes a humorous look at the headlines, helping viewers end the day well informed and on a happy note, or disturbed.

Live from the new Imagen Televisión studios and hosted by Luz María Zetina, Mauricio Barcelata, Carlos Arenas and Paulina Mercado, Sale el Sol is a new morning show with a fun, informal, dynamic, inclusive and optimistic outlook that promises to transform mornings for Mexican audiences by focusing on contemporary issues that inspire, inform and promote a positive attitude.

In this original production by Litopos for Imagen Televisión, participants will have one minute to tell their stories and convince one of three experts that they deserve a makeover.

Without surgical intervention but with plenty of motivation, self-esteem and, especially, style, the three experts - Glenda Reyna, Max Pizzi and Álvaro Nates – will guide the selected participants through a transformation whose ultimate goal is to help them feel good about themselves.

Hosted by Rossana Nájera, Cámbiame MX will bring laughter and tears of emotion to weekday afternoons.

Journalist Gustavo Adolfo Infante hosts this interview show, profiling leading celebrities as only he knows how: getting them to take off the masks they have worn throughout their careers and describe the moment that changed their lives forever.

Gallos de Querétaro versus América will broadcast at a special time during premiere week: Saturday, October 22 at 7 PM.

Hosted by Javier Alarcón and Pablo Carrillo, Adrenalina is a sports magazine that summarizes the week in sports with passionate, revealing and conclusive analysis.

The panel of analysts features Héctor Miguel Zelada, the best goalkeeper in the history of Club América and a member of the Argentina team that won the 1986 FIFA World Cup in Mexico; Ramón Ramírez, a former member of Mexico’s World Cup team and a Chivas de Guadalajara icon and Bonifacio Núñez, the most controversial but approachable referee in Mexican soccer.  Regular participants will also include ex-Querétaro head coach Carlos de los Cobos, formerly of the Salvadoran national team and Club América and the head coach of the Mexican team that won the FIFA U-17 World Championship Peru 2005, Jesús "Chucho" Ramírez.

From Day 1, Imagen Televisión will be a transmedia excersice, going beyond traditional television and taking advantage of their experience to tell stories in the most efficient way for each platform.  The network will make the best effort to present content as optimally as possible on their website, social media and mobile apps.  In a world that stops for nothing, Imagen Televisión will strive to stay in the vanguard via: