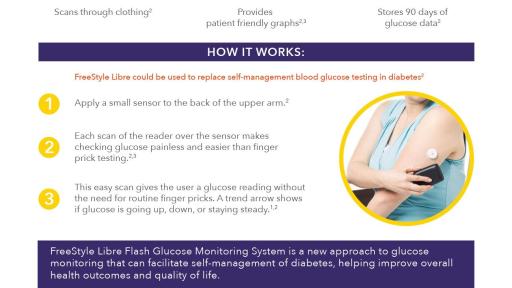 ABBOTT PARK, Ill. – June 30, 2017 – Abbott today announced the Health Canada license of its FreeStyle® Libre Flash Glucose Monitoring System, a revolutionary new glucose sensing technology for Canadian adults with diabetes. The first-of-its-kind system eliminates the need for routine finger sticks,1 requires no finger stick calibration, and reads glucose levels through a sensor that can be worn on the back of the upper arm for up to 14 days.

“The first word that came to mind when I learned about FreeStyle Libre was ‘freedom’,” said Maria Miclea, who has been managing her Type 1 diabetes for eight years. “Freedom from the pain of routine testing and from social awkwardness.  Also, peace of mind, knowing that I can quickly and easily scan my glucose levels – whenever and wherever I want – to help better manage my diabetes.”

HOW THE FREESTYLE LIBRE SYSTEM WORKS

With traditional glucose monitoring systems, people with diabetes often have to stick their finger a number of times throughout the day2,3 to test their glucose levels. With Abbott’s FreeStyle Libre system, people now have a convenient, less painful alternative to get a glucose reading. The disposable sensor is worn on the back of the upper arm. The system measures glucose every minute in interstitial fluid through a small filament that is inserted just under the skin and held in place with a small adhesive pad. The sensor can read glucose levels through clothing,4 making testing more convenient and discreet. Each scan displays a real-time glucose result, an eight-hour historical trend and the direction the glucose is heading. The reader holds up to 90 days of data, providing a historical snapshot of glucose levels over time.

FreeStyle Libre system, which is now being used by more than 300,000 people globally,5 is clinically proven to be accurate and consistent over a 14-day period, without the need for finger stick calibration.

“Patient glucose monitoring is an essential component of achieving effective diabetes control particularly for patients being treated with insulin,” said Bernard Zinman, M.D., director of the Leadership Sinai Centre for Diabetes and senior investigator at the hospital’s Samuel Lunenfeld Research Institute. “The ability for patients to easily obtain reliable and detailed self-glucose measurements, including current level and trend direction of glucose without routine finger sticks, provides the person with diabetes valuable insights into their care.”

The data from the FreeStyle Libre system provides an Ambulatory Glucose Profile (AGP), a visual snapshot of a person’s glucose fluctuations during a typical day, which can reveal hypoglycemic (low glucose levels, defined as <3.9 mmol/L6) and hyperglycemic trends intended to help facilitate better diabetes management.7,8 By automatically measuring, capturing and storing glucose level data continuously, patients and their doctors can see patterns over time and make adjustments to lifestyle, diet or treatment.

“At Abbott, our goal is to help people achieve their best health,” said Badia Boudaiffa, general manager, Diabetes Care, Abbott, Canada. “Bringing FreeStyle Libre to the three million people living with diabetes9 across Canada is a major milestone. This technology not only transforms how people have been testing their glucose levels for decades, it also may support improved overall diabetes management.”

To ensure people with diabetes will have immediate access to FreeStyle Libre system once it becomes commercially available, Abbott has secured inclusion of the product in the reimbursement coverage plan of two major Canadian insurers who will notify their members upon product availability.

Results from the IMPACT clinical trial, which was recently published in the medical journal The Lancet,11 showed that people with diabetes using the FreeStyle Libre system spent 38 percent less time in hypoglycemia as compared to people who managed their glucose with traditional self-monitoring of blood glucose systems (SMBG).

Data from the study showed that using the FreeStyle Libre system contributes towards better management of hypoglycemia without increasing HbA1c (an average measurement of glucose levels in the blood over the past 90 days, typically understood in the industry to be the gold standard of measuring overall glucose control) versus SMBG, supporting FreeStyle Libre system as a safe and successful replacement for the need for routine fingersticks1 as a tool for managing diabetes.

“Hypoglycemia is the main barrier to attaining optimum glucose control in persons with insulin-treated diabetes. Moreover, hypoglycemic events can not only lead to adverse clinical outcomes, including cardiovascular events and death, but they can also incur significant emergency healthcare costs,” said Prof. Jan Bolinder, M.D., FRCPE, Karolinska Institutet, Stockholm, Sweden, and chief investigator for the IMPACT study. “This clinical trial has proven that patients will test more often when they have an easier and more convenient way to do so utilizing a device like FreeStyle Libre, and that leads to them ultimately being healthier, which is our goal for our patients.”

About Abbott
At Abbott, we’re committed to helping people live their best possible life through the power of health. For more than 125 years, we’ve brought new products and technologies to the world – in nutrition, diagnostics, medical devices and branded generic pharmaceuticals – that create more possibilities for more people at all stages of life. Today, 94,000 of us are working to help people live not just longer, but better, in the more than 150 countries we serve. 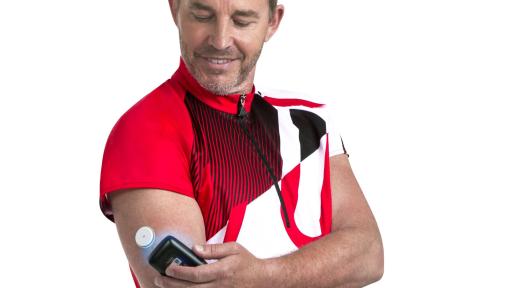 The disposable sensor, the size of a quarter, is worn on the back of the upper arm. The sensor can read glucose levels through clothing, making testing more convenient and discreet. 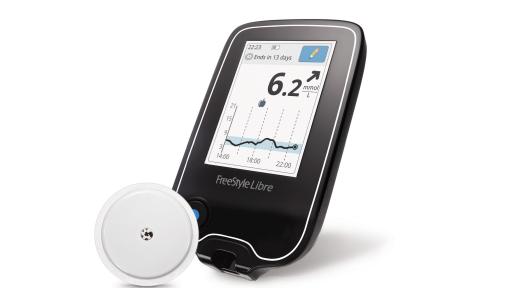