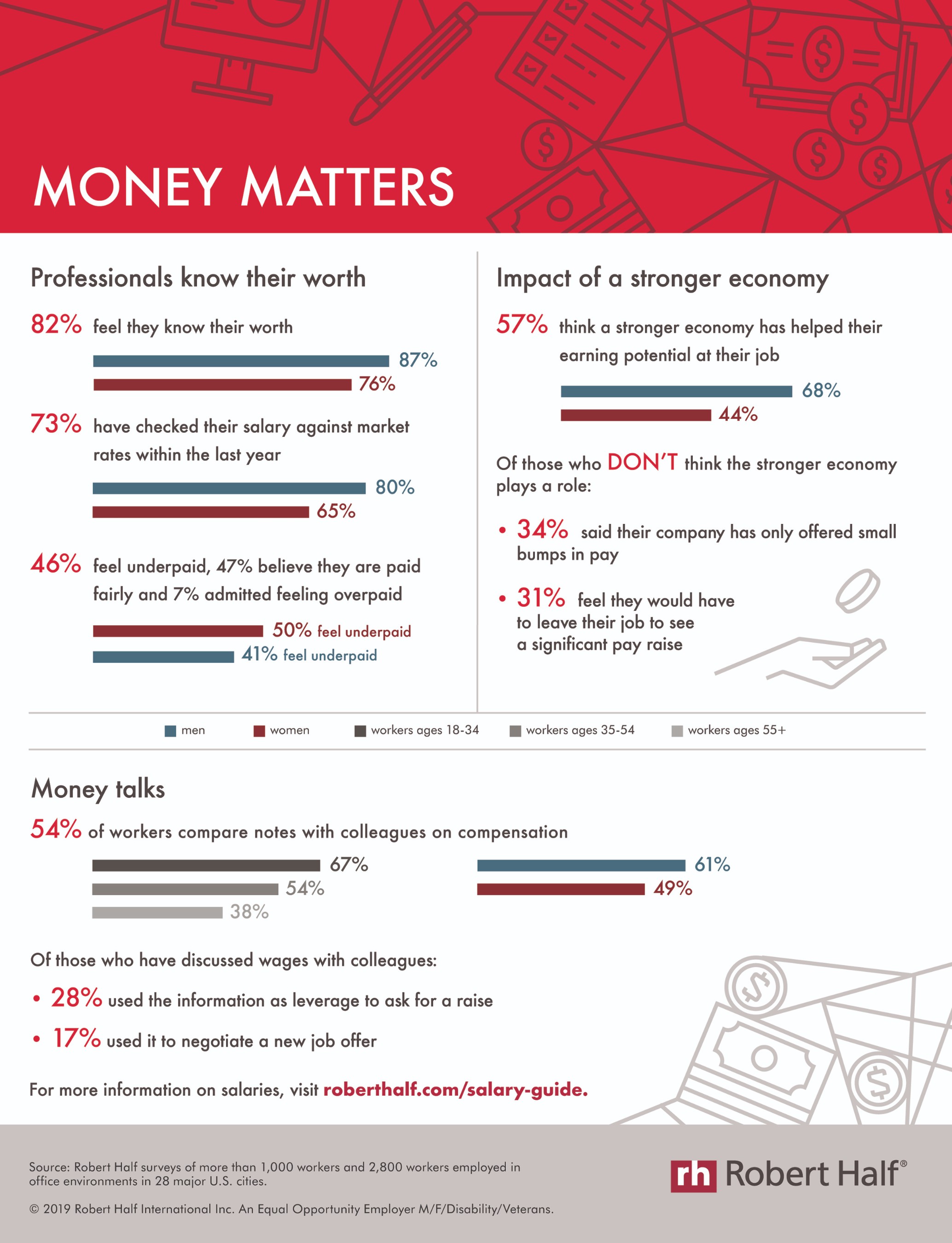 MENLO PARK, Calif., August 28, 2019 — U.S. employees are putting in more work when it comes to knowing their worth, according to new research from global staffing firm Robert Half. The studies revealed that 82% of professionals feel well-informed about what they should be making in their current position, and 73% say they’ve checked their salary against market rates through online resources, salary guides or job postings in the last year — up from 54% in a similar survey two years ago. The majority of workers, 54%, also admit to comparing notes on compensation with coworkers.

While their level of salary research may be rising, many workers aren’t liking what they’re finding, the survey suggests. Only 47% feel they are adequately paid.

More than 1,000 workers across the U.S. and 2,800 workers in 28 U.S. markets were surveyed for these studies. The research was issued in conjunction with the release of the Robert Half 2020 Salary Guides, which provide starting salary ranges for more than 470 positions in the accounting, finance, technology, creative, legal and administrative support fields.

View an infographic of the findings.

“Workers have more access to information about their salaries, roles and career options than ever before, arming them for conversations with current and potential employers,” said Paul McDonald, senior executive director for Robert Half. “Managers must remain equally knowledgeable, regularly evaluating salaries to ensure they’re paying at or above market rates to recruit and retain highly skilled talent in today’s competitive hiring market.”

McDonald added, “In a stronger economy, top performers have options, but they’re more likely to stay put if they feel they’re getting paid fairly. Employees know their worth, so don’t risk losing key players because you’re not showing them they’re valued at your company.”

Workers on their worth: While 82% of professionals report feeling well-informed about what they should be making, more men (87%) than women (76%) feel this way. Men were also likelier than women to have checked their salary against the market rate in the last year (80% vs. 65%).

Overall perceptions on pay: Half of women surveyed think they’re underpaid, compared to 41% of men. Workers in Cleveland (56%), Raleigh (53%) and Portland (52%) had the highest percentages of workers who reported feeling underpaid.

The impact of a stronger economy: Nationally, 57% of professionals (68% of men and 44% of women) think a stronger economy has helped their earning potential at their job. Of those who said that the economy hasn’t helped their salary, 34% said their company has offered only small pay bumps, and 31% feel they would have to leave their job to see a significant pay increase.

Compensation chatter: Sixty-seven percent of workers 18-34 have discussed salaries with colleagues, compared to 54% of professionals 35-54 and 38% of those 55 and older. Additionally, 61% of men and 49% of women polled said they’ve talked about compensation with coworkers. Miami (71%), Los Angeles (68%) and New York (63%) had the most workers who admitted to discussing salaries with colleagues.

The power of knowledge: While most workers who have talked salary with colleagues did nothing with the information (61%), 28% used the insights to ask for a raise, and 17% tapped it when negotiating a new job offer. Eighty-eight percent of respondents 55 and older didn’t use the information gleaned, but this number falls to 65% for those 35-54 and 45% for workers 18-34. Professionals in Miami (73%) and Los Angeles (68%) had the highest percentages of professionals who used what they learned to ask for a raise or negotiate a new offer.

For more information on compensation, visit the Robert Half Salary Calculator, which includes starting salary ranges for hundreds of positions adjusted for local markets.

About the Salary Guides
Robert Half has reported on salaries since 1950. The company gathers information from its specialized recruiters throughout its U.S. offices to compile the Salary Guides. Information in the guides is based on the thousands of job searches, negotiations and placements managed by Robert Half's staffing and recruiting managers. Continuing or ongoing salaries are not reported because many external factors — such as seniority, work ethic, job performance and training — impact the salaries of full-time professionals as work histories develop.

Video: The Robert Half 2020 Salary Guides 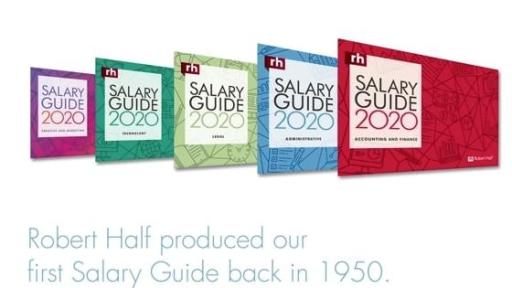 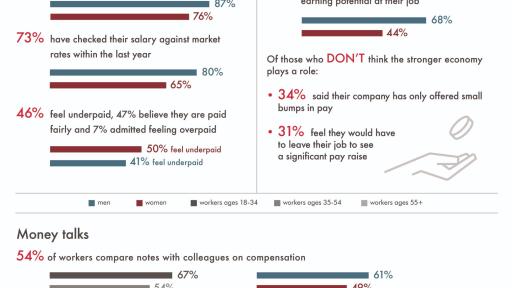 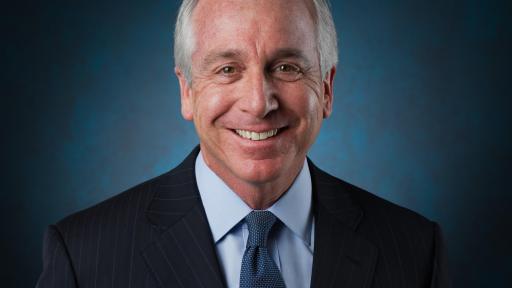 Tweets by roberthalf
Powered by MultiVu, a Cision company.