On Friday, June 22, Ben & Jerry’s Co-Founder Jerry Greenfield dropped the curtain on a new display depicting Dr. King’s 1968 Poor People’s Campaign against racism, poverty, and militarism. “These issues are as pressing today as they were 50 years ago,” said Ben & Jerry’s CEO Jostein Solheim. “We’re hoping these images will inspire people to join the Poor People’s Campaign for racial and economic justice.” 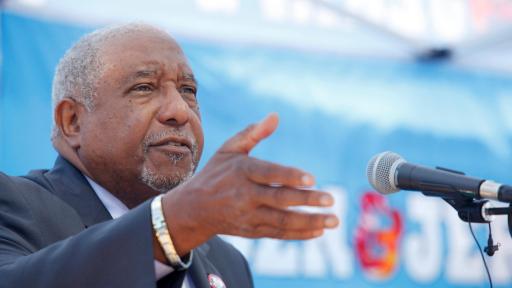 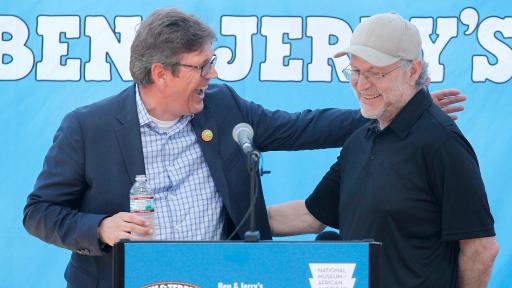 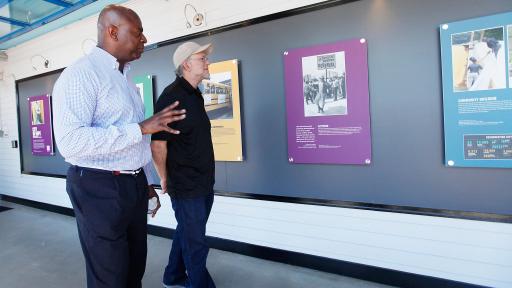 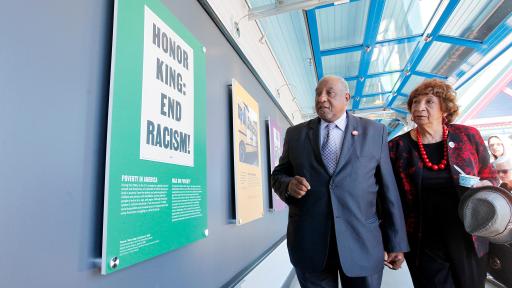 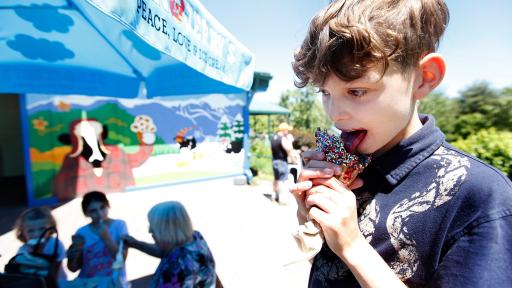 Dr. Bernard LaFayette, Chairman of the Southern Christian Leadership Conference, was on hand to share his perspective as a long-time civil rights leader and organizer. Dr. LaFayette worked closely with Dr. King and was with him just hours before his assassination.

Dr. Aaron Bryant, curator at the National Museum of African American History and Culture in Washington, DC, gave an overview of the exhibit’s significance. “This display explores Dr. King’s final and most ambitious campaign to end poverty in America. It serves as an inspiration to the modern effort for economic justice and fairness, and reminds us how much more work needs to be done.”

On Saturday, June 23, the public is invited to Community Day at the Waterbury factory from 10:30 am to 2:30 pm, with a talk, exhibit tour, family-friendly activities, and ice cream.

The exhibit will be on display through December 31, 2018.

About Ben & Jerry’s
As an aspiring social justice company, Ben & Jerry's believes in a greater calling than simply making a profit for selling its goods. The company produces a wide variety of super-premium ice cream, yogurt and sorbet using high-quality ingredients. Ben & Jerry's incorporates its vision of Linked Prosperity into its business practices in a number of ways including a focus on values-led sourcing. In 2015 the company completed its transition to using entirely non-GMO (genetically modified organisms) ingredients by source as well as to fully source Fairtrade-certified ingredients wherever possible, which benefits farmers in developing countries. Ben and Jerry's products are distributed in 35 countries in supermarkets, grocery stores, convenience stores, franchise Ben & Jerry's Scoop Shops, restaurants and other venues. Ben & Jerry's, a Vermont corporation and wholly-owned subsidiary of Unilever, operates its business on a three-part Mission Statement emphasizing product quality, economic reward and a commitment to the community. Ben & Jerry's became a certified B Corp (Benefit Corporation) in 2012. The Ben & Jerry's Foundation's employee-led grant programs totaled $2.7MM in 2017 to support grassroots organizing for social and environmental justice around the country.