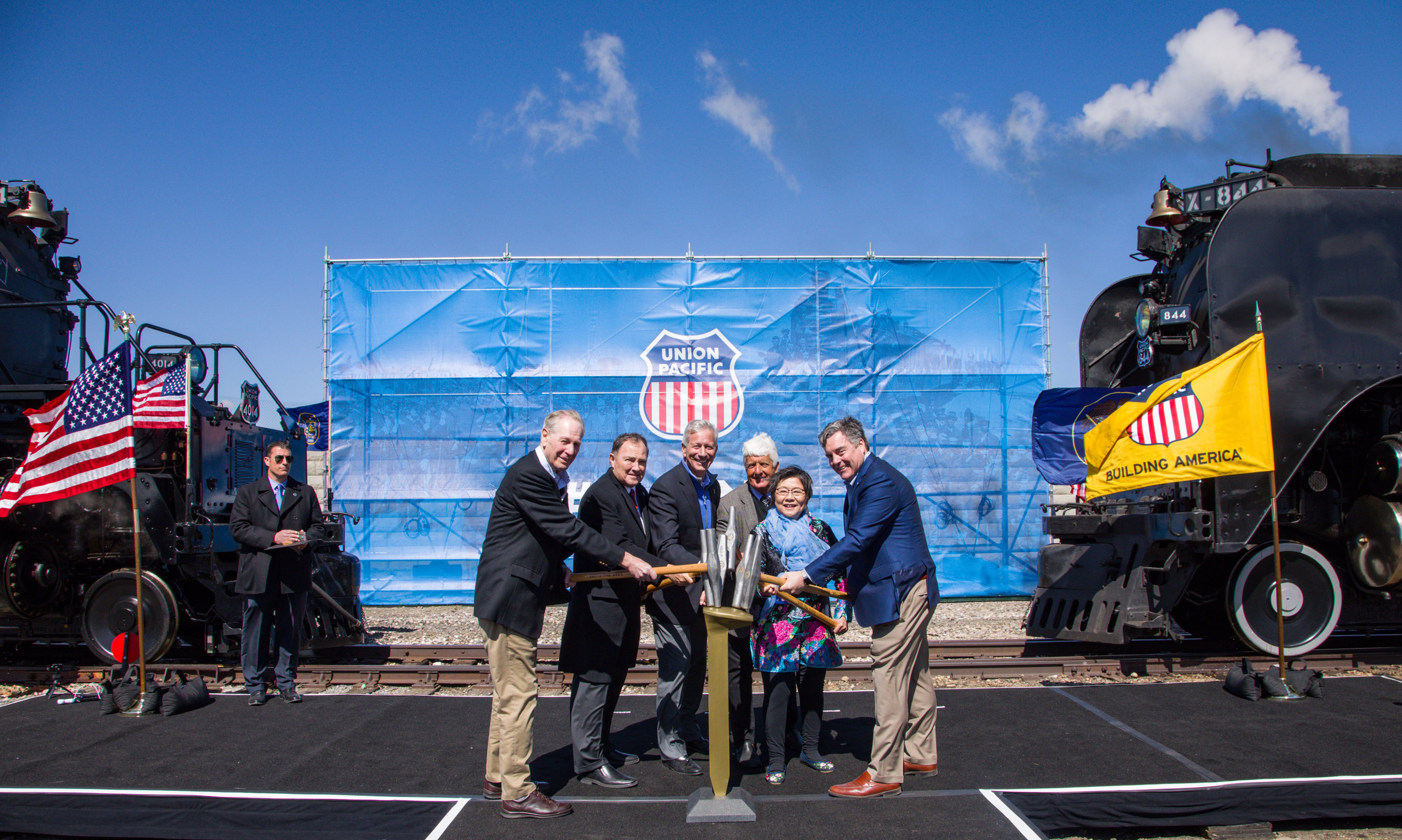 OGDEN, Utah, May 9, 2019 – Union Pacific hosted a celebration marking the 150th anniversary of the transcontinental railroad’s completion. The ceremony was held today at Ogden Union Station, a day ahead of Utah’s celebration at Promontory Summit where the Golden Spike was originally tapped into place. Union Pacific no longer has tracks near Promontory Summit. They were removed to support the scrap metal projects during World War II.

Read More
Union Pacific celebrates the 150th anniversary of the transcontinental railroad's completion at a ceremony at Ogden, Utah. 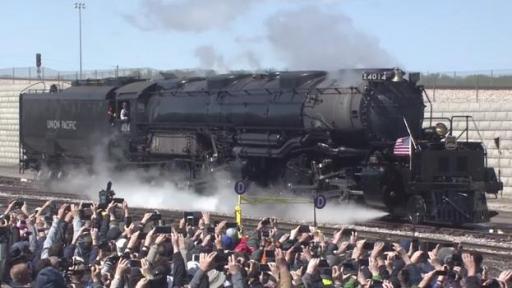 laying of the last r 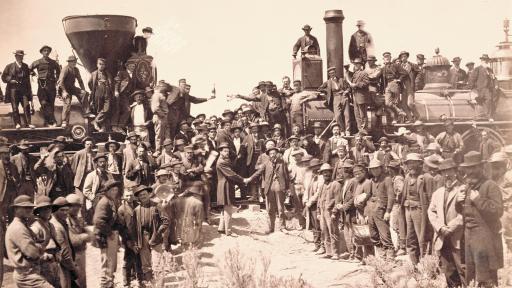 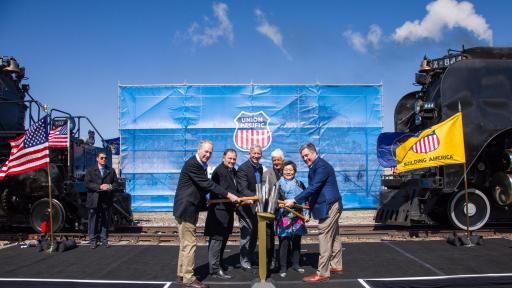 “This celebration is Union Pacific’s way of reflecting on our ancestors’ remarkable achievements that connected the nation while reminding us of the enormous responsibility we have for our nation’s future,” said Scott Moore, senior vice president – Corporate Relations and chief administrative officer. “We are proud our employees live and work in thousands of the communities we serve, delivering steel to construct schools and stores, lumber to build homes, the food we eat, clothes we wear and electronics we rely on.”

The May 9 ceremony featured Union Pacific’s iconic steam locomotives, Living Legend No. 844 and Big Boy No. 4014. The two met, recreating the historic image taken at Promontory Summit on May 10, 1869. The Big Boy is one of eight left in the world. It’s newly refurbished and the only one in operation. Following the steam meet, Union Pacific Chairman, President and CEO Lance Fritz and Utah Gov. Gary Herbert were joined by Margaret Yee and Sandy Dodge to tap a ceremonial spike. Yee’s ancestors were among thousands of Chinese immigrants who forged the transcontinental railroad for Central Pacific. Dodge is a descendent of Gen. Grenville Dodge, Civil War veteran and Union Pacific’s chief engineer during construction.

The steam locomotives will remain on display at Ogden Union Station until May 12, when they return home to the Steam Shop in Cheyenne, Wyoming. The 150th anniversary celebration will continue throughout the year, with No. 4014 visiting many states across the Union Pacific system. A tentative schedule with tour locations and dates will be published in the near future at www.upsteam.com.

Want to be the first to know about all things steam? Become an insider by joining the Union Pacific Steam Club. Steam Club members get the latest news and scheduling information about Union Pacific’s legendary steam train program. Sign up with your email address: www.up.com/SteamClub

ABOUT UNION PACIFIC
Union Pacific Railroad is the principal operating company of Union Pacific Corporation (NYSE: UNP). One of America’s most recognized companies, Union Pacific Railroad connects 23 states in the western two-thirds of the country by rail, providing a critical link in the global supply chain. The railroad’s diversified business mix is classified into its Agricultural Products, Energy, Industrial and Premium business groups. Union Pacific serves many of the fastest-growing U.S. population centers, operates from all major West Coast and Gulf Coast ports to eastern gateways, connects with Canada’s rail systems and is the only railroad serving all six major Mexico gateways. Union Pacific provides value to its roughly 10,000 customers by delivering products in a safe, reliable, fuel-efficient and environmentally responsible manner.