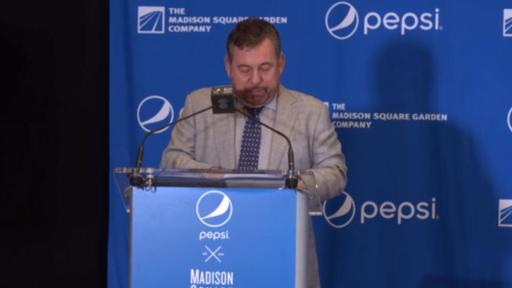 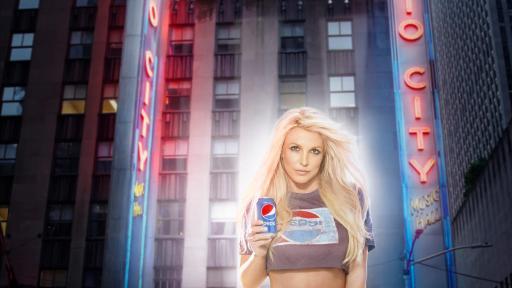 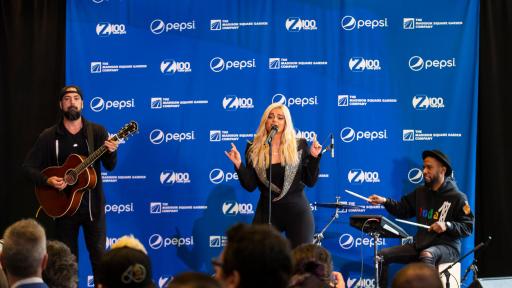 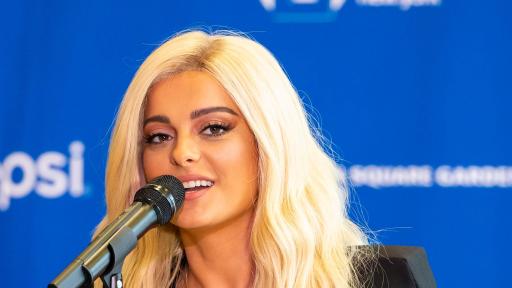 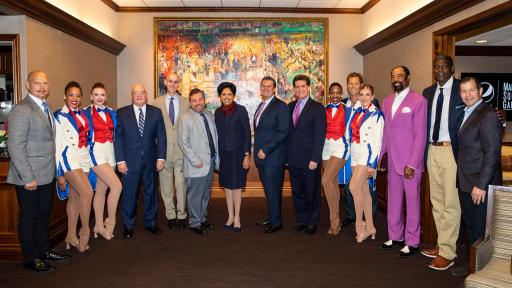 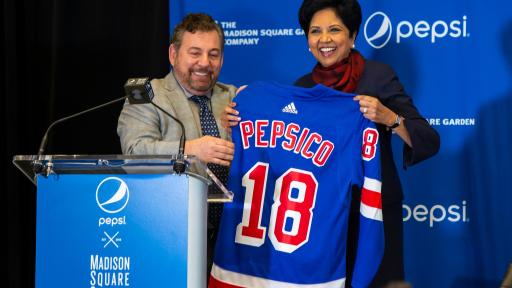 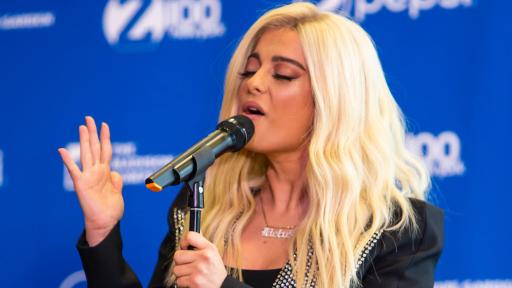 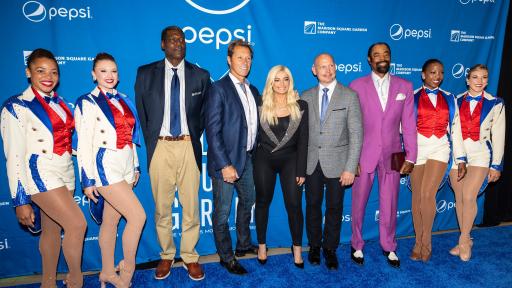 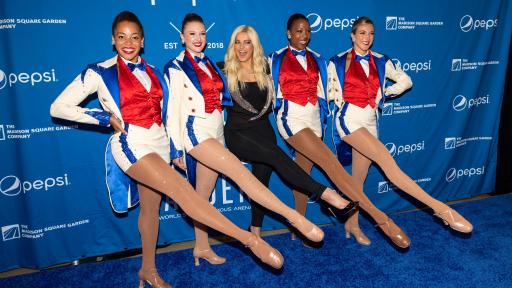 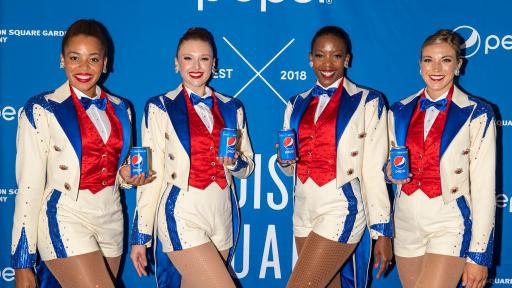 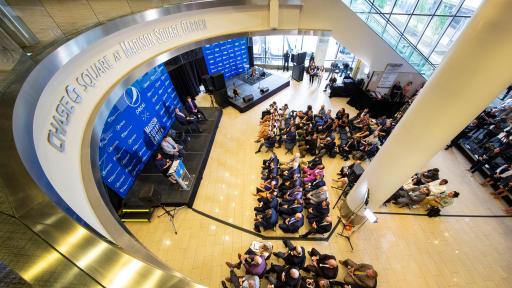 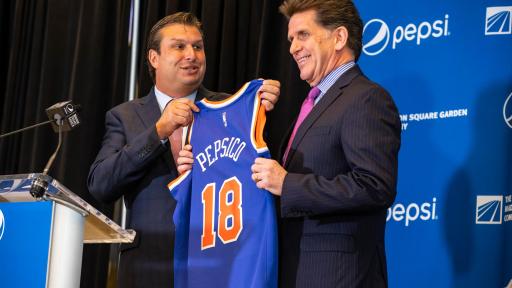 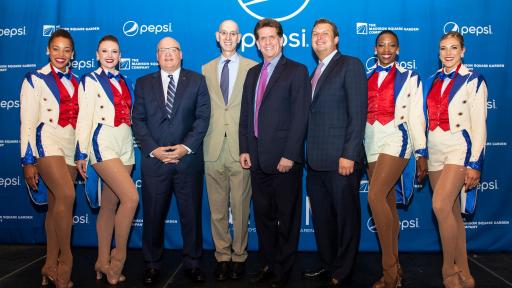 “We are pleased to welcome PepsiCo to The Madison Square Garden Company,” said James Dolan, Executive Chairman and Chief Executive Officer, The Madison Square Garden Company. “Both MSG and PepsiCo have built a collection of world-renowned brands, and have a passion for bringing people together through unforgettable live experiences. We are confident that this partnership will benefit our customers, as well as both our businesses.”

“We’re honored to join the MSG family and partner with this truly extraordinary organization,” said Indra Nooyi, Chairman and Chief Executive Officer, PepsiCo. “This historic partnership brings two iconic New York companies together and builds on PepsiCo’s strong presence in New York City and beyond. We look forward to collaborating throughout all MSG properties to bring consumers once-in-a-lifetime opportunities and to redefining fan experiences across music, sports, entertainment and gaming.”

For the first time, Pepsi also will become the non-alcoholic beverage sponsor of the annual iHeartRadio Z100 Jingle Ball at The Garden in New York City at the end of the year. The full iHeartRadio Jingle Ball Tour lineup will be announced at a later date. iHeartRadio, MSG and PepsiCo today also revealed chart-topping singer-songwriter and Pepsi Sound Drop artist Bebe Rexha as the first announced performer. Bebe performed her hit singles “Meant to Be” and “I’m a Mess,” and a one-of-a-kind version of “Empire State of Mind,” at today’s event celebrating MSG and PepsiCo’s historic partnership.

The partnership will give PepsiCo and its brands a broad presence and affiliation with MSG’s marquee assets. PepsiCo’s exclusive marketing rights to MSG properties will include mobile, TV and digital assets, in-venue signage, as well as the right to create retail promotional opportunities at external points of sale. The partnership’s lead brands, Pepsi and Mtn Dew, will create high-profile consumer activations and once-in-a-lifetime sports, music and entertainment experiences for fans, including unique integrations with the New York Knicks, the New York Rangers and the Christmas Spectacular Starring the Radio City Rockettes. In addition, PepsiCo will have a strong presence on MSG Networks (NYSE: MSGN) across live game coverage of the Knicks and the Rangers, as well as other programming and content.

In addition, the eighth floor concourse of Madison Square Garden will become the Pepsi Concourse, complete with the Pepsi Fan Deck, a new notable public gathering space where fans can congregate during their favorite events.

Diet Pepsi also will sponsor iHeartRadio’s annual “flipping the switch to holiday music” on New York’s 106.7 Lite FM, along with the Radio City Rockettes. Pepsi musical artists also will maximize the visibility and impact of this comprehensive partnership. Monday and tonight, Radio City Music Hall has welcomed Britney Spears as part of her national tour sponsored by Pepsi, and on Sept. 8, Dierks Bentley, featured in a recent national TV advertisement for Pepsi, will headline Madison Square Garden – the first marquee performance that will take place under this new partnership.

PepsiCo is partnering with its local independent bottler, the Honickman Group, for distribution and marketing to MSG properties in the New York metro area.

About PepsiCo
PepsiCo (NASDAQ: PEP) products are enjoyed by consumers more than one billion times a day in more than 200 countries and territories around the world. PepsiCo generated more than $63 billion in net revenue in 2017, driven by a complementary food and beverage portfolio that includes Frito-Lay, Gatorade, Pepsi-Cola, Quaker and Tropicana. PepsiCo's product portfolio includes a wide range of enjoyable foods and beverages, including 22 brands that generate more than $1 billion each in estimated annual retail sales.

At the heart of PepsiCo is Performance with Purpose – our fundamental belief that the success of our company is inextricably linked to the sustainability of the world around us. We believe that continuously improving the products we sell, operating responsibly to protect our planet and empowering people around the world enable PepsiCo to run a successful global company that creates long-term value for society and our shareholders. For more information, visit www.pepsico.com.